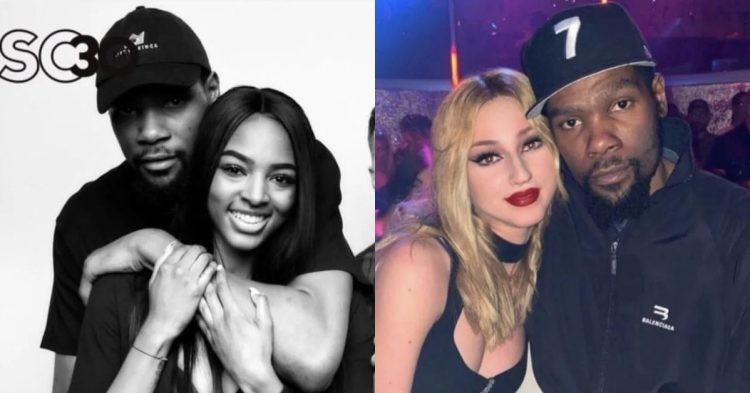 Calling Kevin Durant the most polarizing player of the modern NBA won’t be a stretch. As dominant as he is, his legacy has always been one that can be easily criticized.  He’s won 2 rings in his professional career with the Golden State Warriors. But in his personal life, he wears no ring.

Currently, Kevin Durant is on the trade block after he requested to be put there. The Brooklyn Nets have imploded on the biggest stage. And it all began towards the end of last season. The situation seems to be irreparable and we could see KD in another city or maybe even in another country like Canada. But it’s safe to assume that the Kevin Durant era has come to an end leaving a bitter taste in everyone’s mouth.

Is Kevin Durant married and has children?

No, Kevin Durant is neither married nor has children that we know of. The closest that Kevin Durant got to starting a family was in 2013. In 2013, KD got engaged to Monica Wright after dating her in the early 2010s.

Monica Wright is a former WNBA player that spent just 6 seasons playing professional basketball. For 5 of those seasons she played for the Minnesota Lynx. Throughout her career, she averaged over 10 points just once, in her rookie season. Apart from that, she was mid to bottom-tier role player at the best.

The last time she played in the league was in 2016 and is currently a coach. Her last known coaching job was in 2019 when she was employed as an assistant coach at Liberty University. Ironically, KD and Monica were both drafted as the 2nd overall pick but KD lived up to his drafting position.

“I had a fiancée, but…I really didn’t know how to, like, love her, you know what I’m saying? We just went our separate ways…We was just hanging out, chilling. And I felt the energy. I felt, I need to do this right now. And I just did it. I was like…We’re engaged right now? We’re about to get married? So I was just like, cool! I love this girl. But I didn’t love her the right way.”

Kevin Durant reportedly ended the relationship according to him. Since then, he’s allegedly dated 6 other women with the most recent one being Cassandra Anderson back in 2018. However, he’s almost 34 years old and it does not seem like he’s even close to settling down with anyone and start a family.