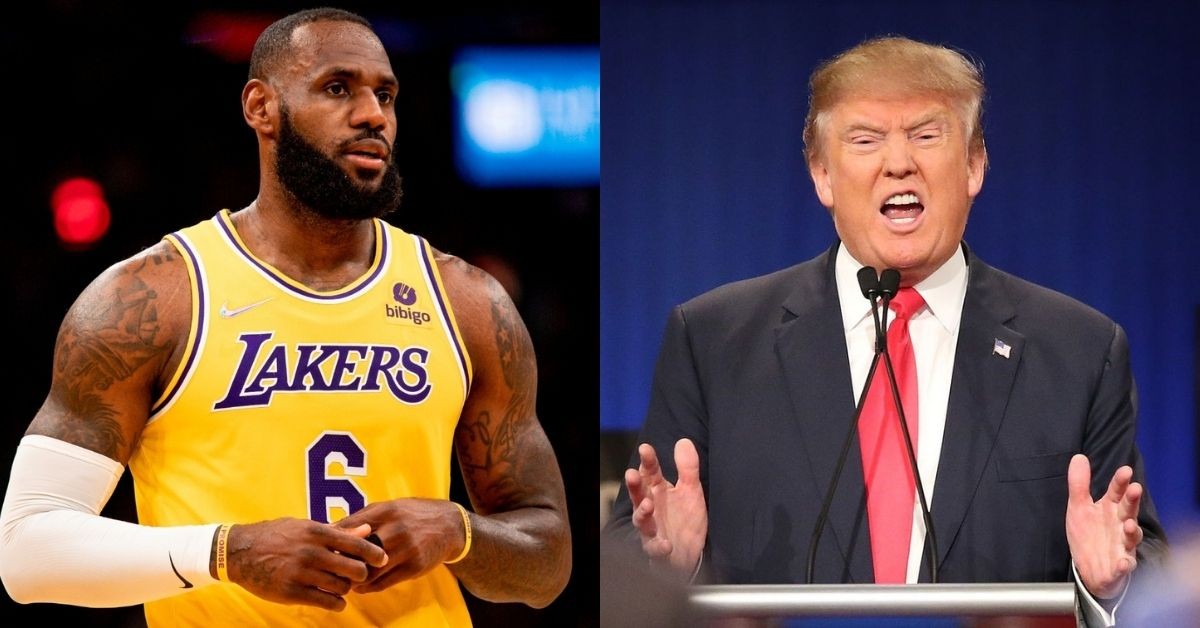 LeBron James has had a storied career in the NBA. And with the degree of success that he has seen, rivals on the court are not new. Many a player has been dunked on and made a fool of by LeBron James and a competitive animosity is expected. However, there is an off-court animosity that has taken the spotlight for a while now.

It is one with political connotations between him and Donald Trump. And it finds its roots in Trump’s campaign for the 2016 United States presidential elections. What had previously been a cordial relationship with Trump praising LeBron for his achievements prior to 2016 quickly turned sour.

Trump had earlier congratulated LeBron James on being the recipient of the Athlete of the Year award at the ESPYS in 2013. But as the presidential campaign began, James publically announced his support for Trump’s main rival, Hilary Clinton.

“She will build on the legacy of my good friend, President Barack Obama. I believe in what President Obama has done for our country and support her commitment to continuing that legacy.”, LeBron published his endorsement for the upcoming election. But after that ended in a loss for Clinton and James, he did accept the election results for what they were.

Not much to and fro happened between the two till LeBron James failed to retain the NBA Championship against the Golden State Warriors. LeBron’s Cavaliers lost the 2017 NBA Finals to the Warriors and Stephen Curry. Subsequently, as is tradition, the Warriors were expected to visit the President at the White House.

U bum @StephenCurry30 already said he ain’t going! So therefore ain’t no invite. Going to White House was a great honor until you showed up!

Curry’s gracious opponent, LeBron, jumped into his defense and called Trump out on Twitter.

LeBron and the President trade criticism

This was followed by several comments made by the two in public about each other. James once remarked that the President was not worthy of his standing and did not care. “The No. 1 job in America, the appointed person, is someone who doesn’t understand the people. And really don’t give a fuck about the people.”, LeBron James said.

Trump followed that up with a scathing tweet that called out the Finals MVP’s intellect, “Lebron James was just interviewed by the dumbest man on television, Don Lemon. He made Lebron look smart, which isn’t easy to do. I like Mike!”.

Trump then took a double-pronged dig at his Democratic opposition and the LA Lakers superstar who was then still with the Cavaliers. “LeBron has been a spokesman, I don’t know I’ve never met him, all I know is when he endorsed Hillary,” Trump said. “LeBron is a spokesman for the Democratic party. A very nasty spokesman.”

Very quickly, a lot of Trump’s follower demographic disliked the 4-time MVP and made it clear. A Trump rally once erupted in chants of “LeBron James sucks!”

And the latest to come from Trump’s camp is a bizarre question to LeBron James about his gender. With Trump long gone from office, one would expect this to die down. But both personalities are relentless and very passionate about their particular beliefs. So it would be futile to expect this to end anytime soon.