NBA and China: Breaking Down the Billion Dollar Exchange 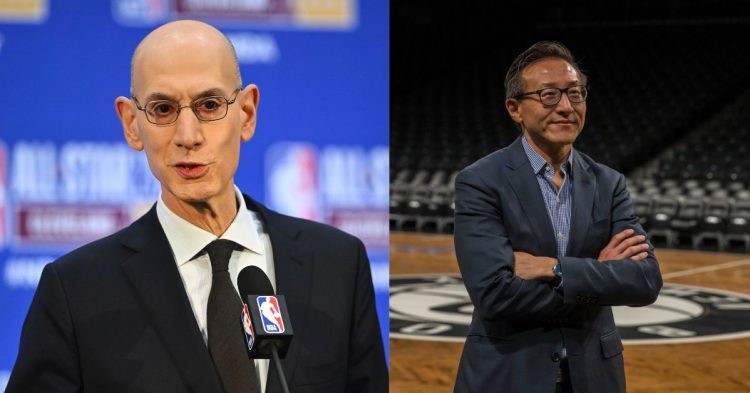 The NBA is a huge business and the sports entertainment industry. It has fans from various countries across the world. As of late China’s association with the NBA has not been taken too well by the general public. In fact, NBA player Enes Freedom seems to have sacrificed his career, just to speak up about the ongoings in China.

Not everyone has all the facts before they choose to speak or share their opinions. Kanter may or may not be right in his claims about human rights violations for workers in China. Be that as it may, it is important to analyze and understand the pros and cons of doing business with China.

One must wonder why the NBA even conducts business with China seeing that the United States has had several disagreements with China on other issues. There must certainly be a reason to participate in this partnership after all.

To those who do not know, Adam Silver is the commissioner of the NBA. He came into position in February 2014. Additionally, he is seen as a progressive and open-minded leader of the NBA. It is his job to be the middle ground between the owners and the players. Moreover, he is the ultimate authority within the league and his decisions, therefore, are unchallengeable.

Silver is well aware of the conflicts between these two countries. However, he also knows that the NBA is inadvertently dependent on China. Therefore, when he was questioned, he chose to deliver a balanced response on the delicate subject while only marginally siding with the U.S.

“I do think its important, that particularly when tensions are high between governments, that we foster these sports, educational and cultural relationships. I’ve said that from the very beginning. It certainly doesn’t mean we are blessing everything that is happening in China by any means. We are at root an American company, and so we follow U.S government policy”.

He also went on to explain why the league was still distributing games in China, “it could have a productive role for U.S and China citizens to have a better understanding of each other, and see that we’re all human beings and that there is a commonality between us. And I think that form of engagement is critically important if we are going to work together to try to resolve some of our issues.”

China seems to be in power as NBA team owners

Enes Freedom Kanter is one of the first players in the league who voiced his issues with China. Moreover, he has also heavily criticized LeBron James and others for ignoring the “atrocities” occurring back in China. One must wonder what those acts are and why even the franchise owners are powerless in this situation.

The Chinese base has brought great revenue to the NBA. Yao Ming and even Jeremy Lin are two notable NBA players from China. They have been huge in promoting it at an international level. Moreover, it is common knowledge that manual labor is much cheaper out there. As a result, shoe companies such as Nike are inclined to produce their products there and sell them internationally.

This would not be such a bad idea if not for the inhuman work conditions in some Chinese factories. It is fair to say that the majority of the profit is sucked up by the Chinese government or the NBA. As a result, the actual workers and people are paying the price just so the business can boom. This is a potential element of Chinese inhumanity that Enes Freedom Kanter and others seem to have a problem with.

Reports show that the NBA owners have more than $10 billion invested in China. Joe Tsai of the Brooklyn Nets leads the way for the other owners in investments. This is much larger than any other country. Therefore, one could argue that the owners cannot afford to get on the wrong side of the Chinese government. The displays of power struggles between these two entities have caused a great financial loss for the team.

“Joe is one of China’s preeminent internet, media and e-commerce pioneers and his expertise will be invaluable in the league’s efforts to grow the game in China and other global markets.”

– NBA Commissioner Adam Silver on the sale of the @BrooklynNets to Joe Tsai. pic.twitter.com/o489q96HkO

Some reports said the NBA owners invested 5 billion in China, now others indicate it is around 10 billion, twice the amount. Unfortunately, it is also quite difficult to find out which owners are more susceptible to Chinese influence in comparison to others.