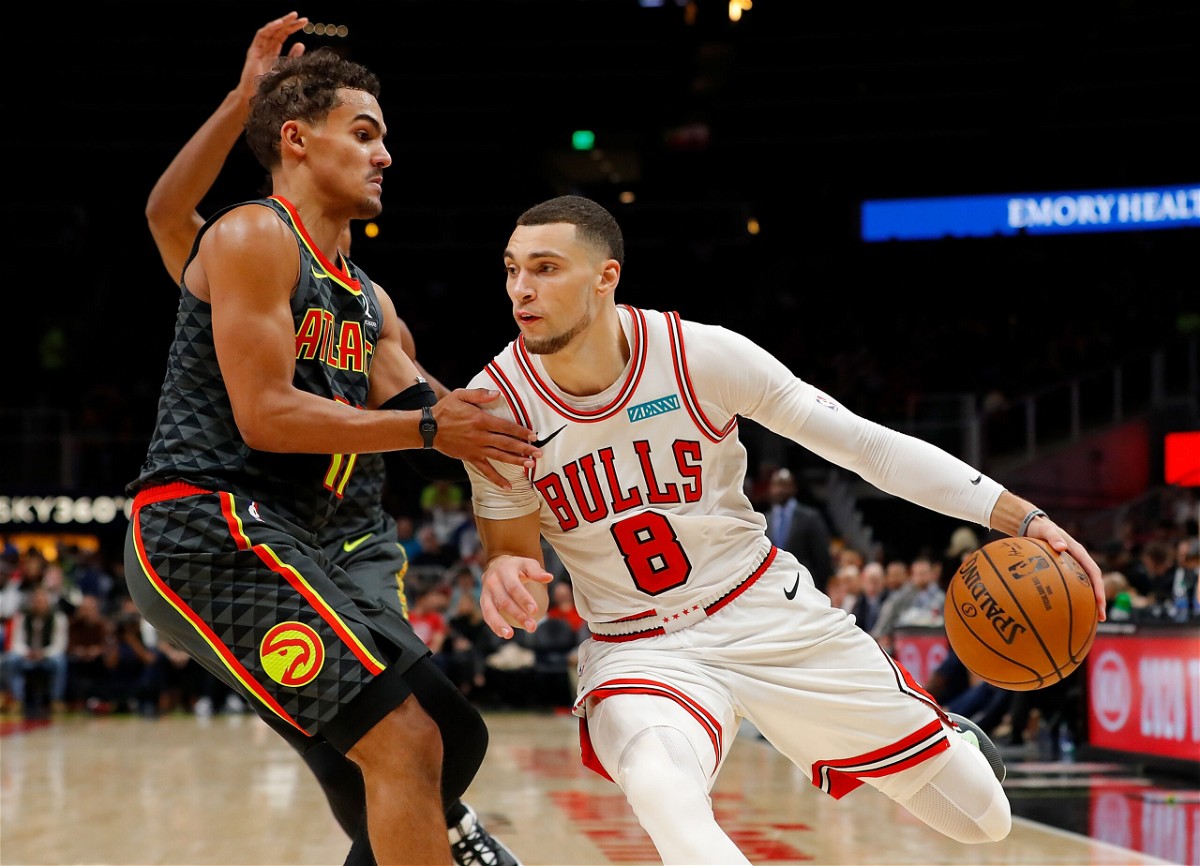 The All-star break is coming to an end. We now commence into the 2nd half of the season. This is the time when playoff teams push for a higher seed, mid-tier teams try to push for playoff positions and the bottom team’s tank.

Tomorrow the 2nd seed Chicago Bulls will take on the 10th seed Atlanta Hawks for the 3rd time this season. The last time they played each other was on the 30th of December 2021.

The Atlanta Hawks have matched up with their conference rivals, Chicago Bulls, twice this season. In both those games, the Bulls have taken the win.

In the first game, Zach Lavine and Demar DeRozan had a combined stat line of 65 points and 19 assists between the 2 of them. The Atlanta Hawks just could not defend them but that’s something the Hawks are just known for.

The clear stand-out for the Bulls was Nikola Vucevic. In both games, Vucevic grabbed 37 total rebounds and added more than 40 points of his own to the tally.

Capela is the only big man on the team and that’s why teams can win against them. It’s easy to get a mismatch against them and dominate in every possession. Hence, the Bull leads this season series 2-0.

The Bulls have missed two of their biggest perimeter defenders in Lonzo Ball and Alex Caruso. Atlanta is offensive heavy and it all comes from their guards. Even though the Bulls have Lavine and DeRozan, Ball and Caruso could’ve slowed them down a bit more.

But the main problem and reason for the Hawks being so bad this season is their defense. They haven’t bolstered their defense in the trade deadline and the buy-out market. And unless they have become a defensive unit overnight, it’s unlikely that they will be able to slow down the Bulls’ scoring.

I predict the Chicago Bulls to win against the Atlanta Hawks in the 3rd game of this season’s series tonight.

How to watch the Atlanta Hawks vs the Chicago Bulls?

You can watch the Atlanta Hawks take on the Chicago Bulls on 24th February 2022 at 8:00 PM ET on FuboTV. You can also watch the game globally on NBA league pass.

“Unfortunately, We Couldn’t Get Along”- Goran Dragic on Why He Wanted to Leave the Toronto Raptors