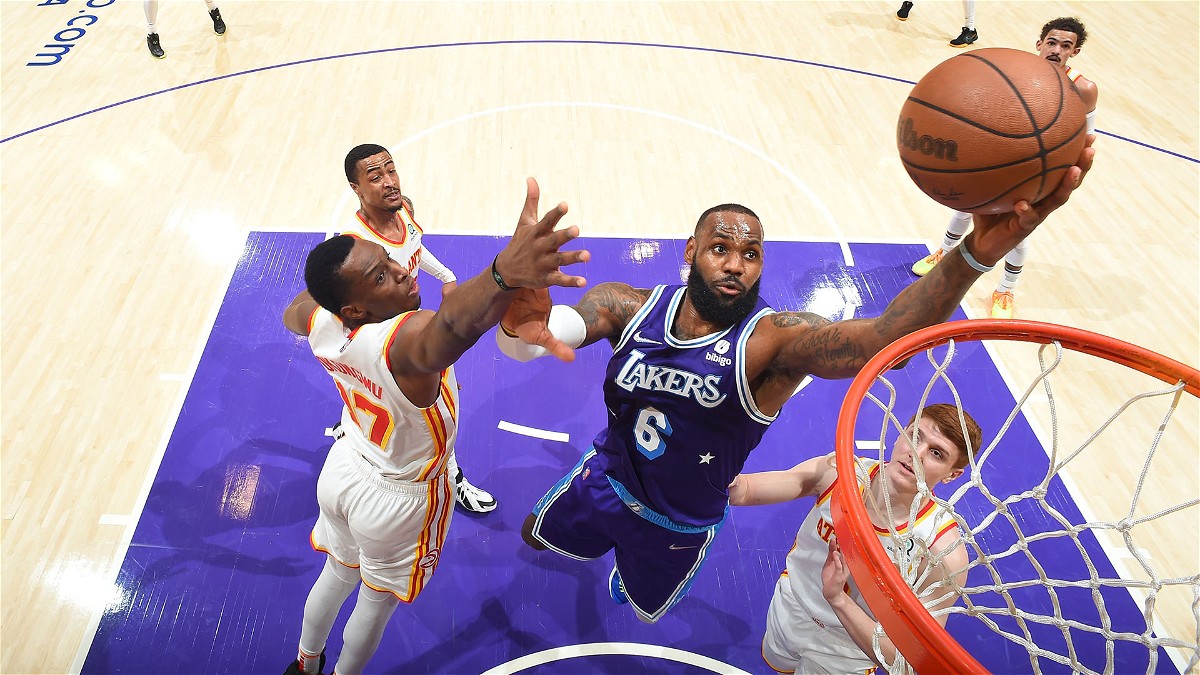 The Los Angeles Lakers continue their eastern conference road trip as they take on Atlanta Hawks at the State Farm Arena. Both teams go head to head for the second time in the 2021-22 NBA season where the Lakers took a 134-118 victory.

The Atlanta Hawks are gradually improving after a slow start to their season. ATL enters this game on a six-game winning streak as they took down the Bucks, Hornets, Timberwolves, Heat, Celtics and Kings. Atlanta has the seventh-best attack in the league as they are averaging 111.4 points per game. But they also have one of the worst defences in the league as they allow 111.5 points per game.

Trae Young has been great for the Hawks as he averages 27.7 points and a good 9.3 assists per game. Clint Capela has been crucial for the Hawks defensively, as he has the best numbers regarding rebounds and blocks. Capela is averaging 11.3 points, 12.5 rebounds and 1.4 blocks for Atlanta.

The Los Angeles Lakers continue their inconsistent season as they enter this matchup after losing to the Hornets. The Lakeshow suffered a 117-114 defeat as Russell Westbrook failed to hit the game-winning three-pointer. LAL is averaging 110.7 points as the 10th best offence in the league. The Lakers allow 112.2 points per game as the fourth-worst defence in the league.

Russ leaving it all out on the court. pic.twitter.com/7HNP0DSMZn

The Los Angeles Lakers are led by LeBron James who is averaging 29.1 points with 7.7 rebounds, 6.3 assists, 1.6 steals and 1.1 blocks. King James is also second in the scoring title race behind Kevin Durant. Anthony Davis returns for the Lakers as he is averaging 23.0 points and 9.7 rebounds with 2.2 blocks.

The Atlanta Hawks vs Los Angeles Lakers tend to be an interesting game as there is no clear favourite for this match. As mentioned before, the season for both teams has been unpredictable. As an advantage, the Hawks have a decent record playing at the State Farm Arena and similarly, the Lakers have a poor away record of nine wins and 14 losses.

Also for the Lakeshow, LeBron James and Antony Davis are set to miss this game putting them at a massive disadvantage. Hence the Hawks are the favourites to win this game. LeBron was the crucial piece in Lakeshow’s previous victory over the Hawks where he scored 32 points. The Los Angeles Lakers have a 5-7 record without LeBron James this season. hence the Atlanta Hawks are favourites to this game.

No injuries were reported.

How to watch Atlanta Hawks vs Los Angeles Lakers?

The Atlanta Hawks vs LA Lakers game will be broadcast on Spectrum SportsNet. The game will also be available on the NBA’s League Pass platform.

Also read: Numbers Prove Joel Embiid Is the Most Clutch Player in the NBA This Season