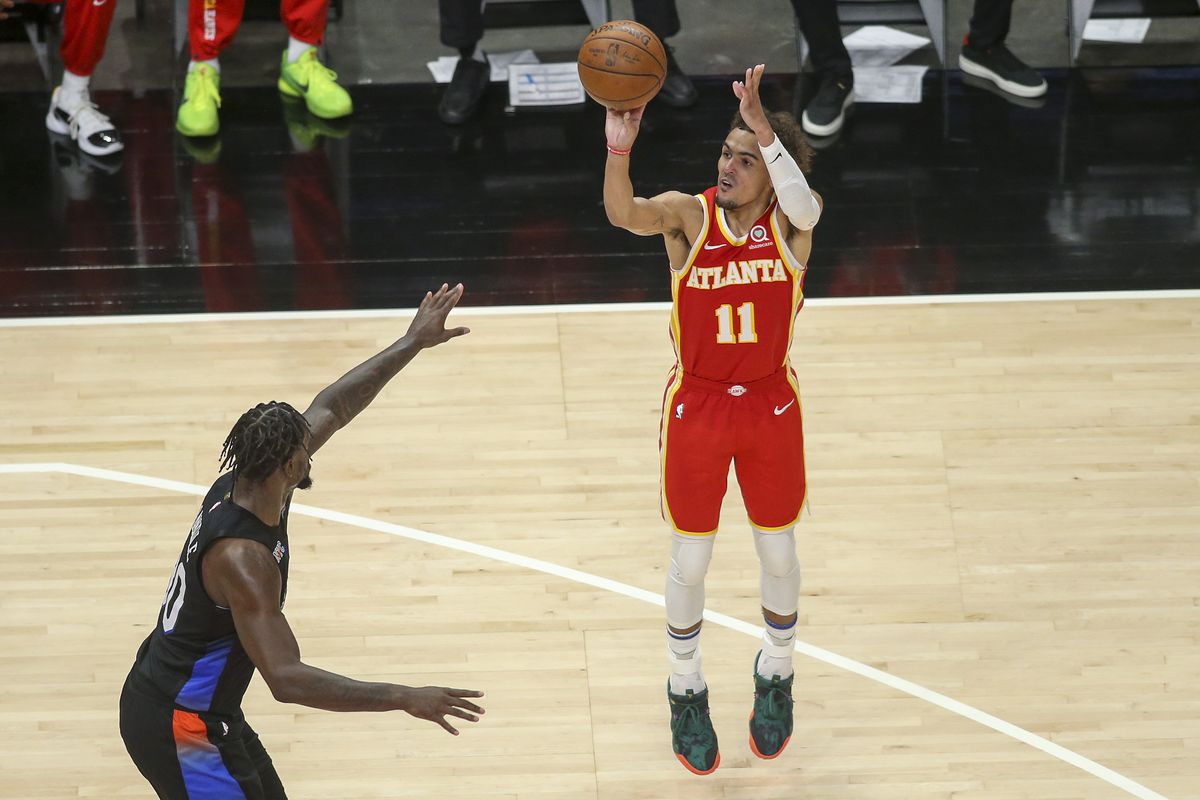 7th seed Atlanta Hawks will host 8th seed New York Knicks as an intra-conference match-up between two teams. The Hawks have climbed up to 7th seed winning 7 games in a stretch, while the Knicks had 21 point defeat to the Suns. The Knicks will be looking to make up for 1st round playoff exit by the Hawks last season.

The Hawks had a very tough run till mid-November having lost 9 and won 4 matches. But the team bounced back and replied strongly with 7 wins in a row. Currently, Atlanta is 7th in the Eastern Conference thanks to some great performances by Trae Young and John Collins.

Young is the leading in points (25.3) and assists (9.1) for the Hawks. He is well supported by Clint Capela averaging 12 rebounds and 1.3 Blocks per game. Capela is 3rd in NBA for rebounds. Bogdan Bogdanovic needs to show some more productivity in order to challenge league elites.

Julius Randle has been consistent for the Knicks. He leads the team in points (20.4), assists (5.1), and rebounds (10.3) per game. Guard RJ Barrett has also performed well but lacks regularity in his performances.

Coach Tom Thibodeau will be pleased with experienced Derrick Rose and Kemba Walker’s contributions to the team. Also, young Mitchell Robinson is showing signs of improvement. New acquisition Evan Fournier has found a place in starting lineup and gelling well with the team also.

Atlanta after a slow start to the season is getting better and better. They are 6th on the scoring table with an average of 110.3 points per game. Also, the team has shown a steep rise in shooting percentages, scoring with 46.3% FG. Atlanta has also shown great improvement in ball handling and sharing, resulting in fewer turnovers.

The Knicks are improving day by day but lacks consistency. Defensively Knicks are allowing 106.4 points per game and are scoring only 107.2 points per game. They rely more on Randle’s performance to give the result.

Atlanta Hawks and the Knicks match would be a close contest but Hawks will be high on confidence with current form and will just snatch a win from the Knicks.

How to watch Atlanta Hawks vs New York Knicks?

Atlanta Hawks vs New York Knicks match will take place at State Farm Arena. International viewers can access the game on NBA League Pass. ESPN will be the national broadcaster for the match.