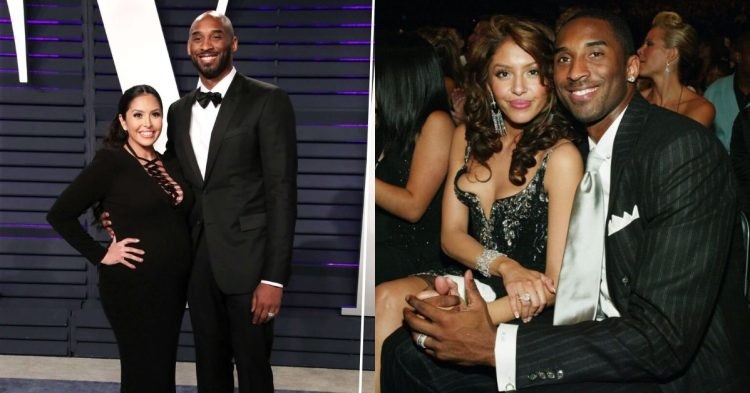 Many NBA players have had their fair share of controversies, even Kobe Bryant. The rape allegations in 2004 were of the major turning points in his career. Kobe has denied these allegations and has never publicly addressed them.

Apart from the millions of dollars that Kobe shelled out for the lawsuit, there was another effect. His wife Vanessa Bryant was pregnant in 2004. Unfortunately for the couple, they lost the baby that year. In his Showtime documentary ‘Kobe Bryant’s Muse,’ he said that he was the reason for Vanessa’s miscarriage.

In the documentary, he said, “We were expecting our second child during that time, time…and there was just so much stress, she actually, she actually miscarried.” Kobe and Vanessa welcomed their first child, Natalia, in 2003. She is now a model and seems to be taking huge steps in her career as well.

That same year, the former LA Lakers star was arrested after reports claimed he sexually assaulted a 19-year-old lady. Sources mentioned that she was working as a hotel receptionist at the time.

Although the case went back and forth for a long time, it was settled for an undisclosed amount by Kobe. Reports mentioned that it could have been for about $2.5 million. As he dealt with all this, Vanessa lost a baby, which Kobe blamed himself for. He believed that he should have been there for her, building a beautiful family together. “It’s something…I have a real hard time dealing with that ’cause I felt like it was just my fault,” Bryant added.

Bryant claimed that the sexual encounter was consensual and that he did not commit any crime. However, he admitted to cheating on his wife. Vanessa has not addressed or responded to these revelations until now and it certainly looks like it will remain that way even after his death. Kobe apologized to the woman

Vanessa filed for a divorce in 2011 and mentioned that the reason was the differences between them. However, many suggested at the time that it was because of Kobe’s cheating acts that led Vanessa to throw in the towel. Whatever the case, the pair decided to continue with their marriage after calling off their divorce a year or so later. They welcomed two more daughters until Kobe’s tragic death in 2020.