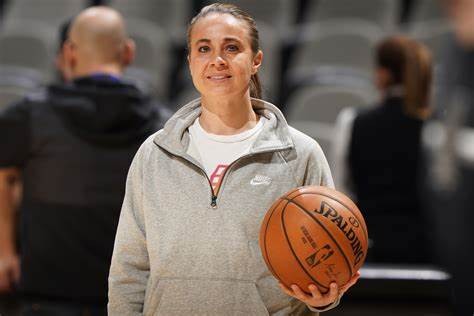 Becky Hammon is an American-Russian basketball coach. She is the assistant coach for the San Antonio Spurs. She is also a basketball player. Becky is a three-time All-American for the Colorado State Rams. She also made her WNBA career with the San Antonio Stars and the New York Liberty.

The six-time WNBA All-Star, Becky Hammon has made it to the news yet again for creating history. The Portland Trail Blazers are on the hunt for a new head coach for the 2022 season. Hammon is on her way to possibly becoming the first-ever female head coach in the history of the NBA. The 44-year-old might just be what the Trail Blazers need for a ring.

She is the first woman to go into the final stages of an NBA HC search pic.twitter.com/NhEJybRrYr

The Portland Trail Blazers finished the regular season, sixth on the Western Conference. In round one they were up against the Denver Nuggets. Damian Lillard and co put up a great fight but they did not make it past the first round of the playoffs and were eliminated in six games.