“Been Tellin Em Since I Got Drafted”: LaMelo Ball Claims He Did Not Miss Deadline to Change Jersey Numbers 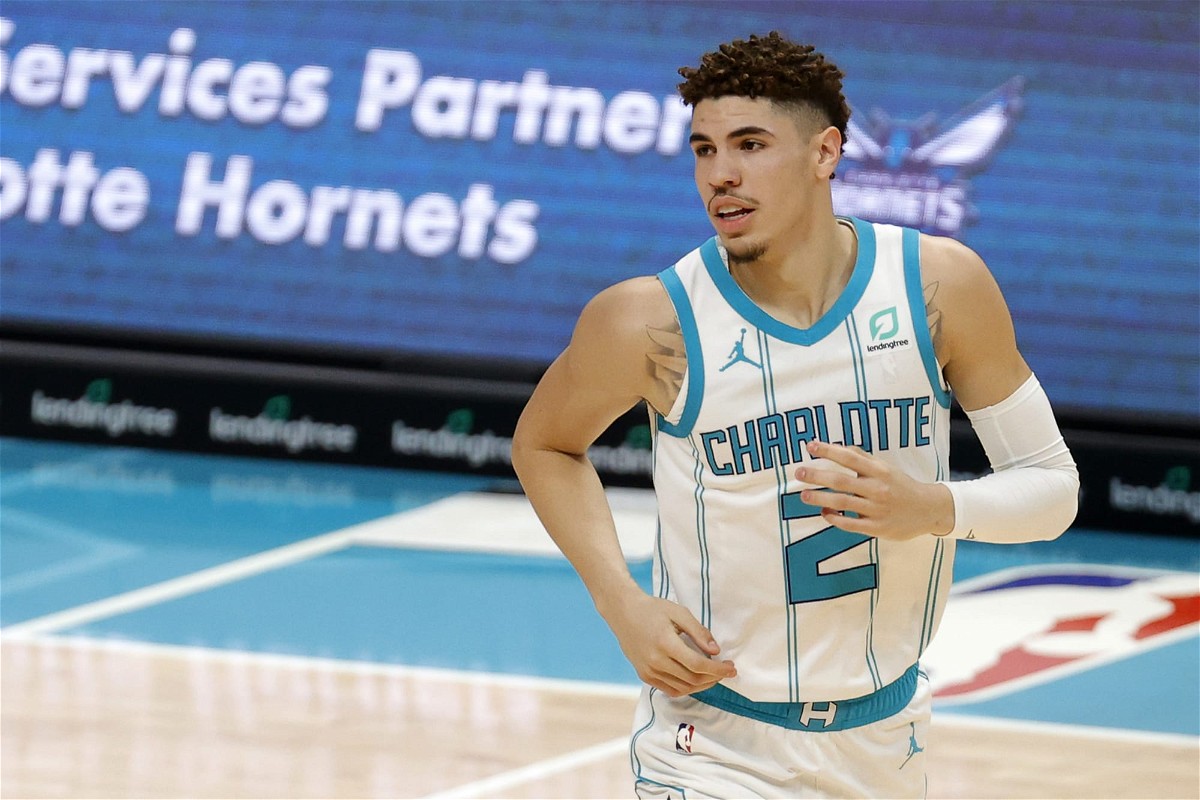 LaMelo Ball is a talented young point guard for the Charlotte Hornets. He was drafted in the 2020 NBA Draft as the second overall pick. This young 19-year-old has shown a lot of potentials and has lived up to all the hype that surrounded his name before he entered the league. LaMelo Ball already had his brother, Lonzo Ball in the league. His brother, LiAngelo Ball has also made his 2021 NBA summer league debut with the Hornets.

A jersey number is something players have a lot of emotional connection to. LaMelo Ball may be only 19 but he already has his connection with a certain number that he could not wear in his rookie season.

LaMelo Ball: Rookie of the Year

Melo was crowned NBA rookie of the year as projected at the start of the season. He also made it to the all-rookie first team. Melo Ball put up some amazing shots and accurate no-look passes. Even though he is only 19 years old, Melo has already shown that he is here to be the greatest someday.

LaMelo Ball wanted to wear the number 1 on his jersey. He lives by a mantra, 1 of 1. The mantra is showcased even in his latest Puma collection and the prep academy.

Malik Monk wore #1 in Melo’s rookie year. The Los Angeles Lakers signed Malik Monk this off-season. The young 19-year-old has his birthday coming up on the 22nd of August. Melo Ball took to Instagram to say the only gift he wants is to change his jersey number.

LaMelo Ball is hoping to switch to No. 1 for the upcoming NBA season instead of keeping No. 2 from his rookie year. Tbd on if the switch gets approved, but Melo is letting the NBA know that’s what he wants for his upcoming 20th birthday on August 22 ⬇️ 🏀 ➡️ No. 1️⃣ pic.twitter.com/FHudedAaym

However, the NBA explained that Ball had missed the deadline to request a number change. This obviously did not sit well with Melo and he spoke out.

LaMelo Ball will be returning to play for the Hornets next season and will hopefully be looking to help get them deeper into the play-offs. He has worn #1 ever since he stepped on a court.

UFC 265 Fight Purses: How Much Did Ciryl Gane, Jose Aldo and Vicente Luque Earn for Their Wins at UFC 265?