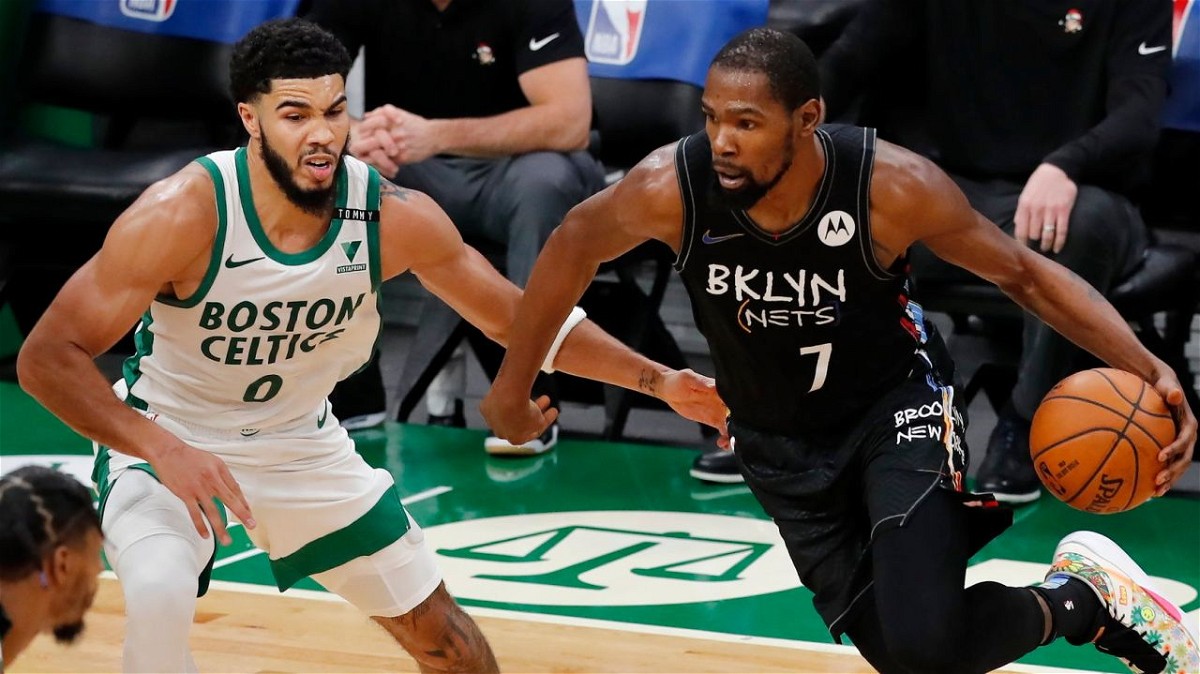 The Boston Celtics host the Brooklyn Nets at the TD Garden for a second game in 10 days. The high-flying Celtics come into the match on the back of 8 victories from their past 10 games. On the other hand, the Nets are yet to stage the comeback they had promised since the All-Star break.

The Boston Celtics and the Brooklyn Nets last met right after the end of the All-Star break at the Barclays Center. And the Celtics were quick to lay waste to the Nets’ hopes of resuming their schedule with a bang. In a very impressive game from the Boston-based side, 7 players out of the 13 who played had double-digit points.

The only All-Star player from the matchup, Jayson Tatum asserted himself with a commanding performance. The 24-year old scored 30 points and had 4 assists and 7 rebounds. Both guards from the Celtics team, Jaylen Brown and Marcus Smart scored 18 and 15 points respectively. Both were at their creative best too, dishing out 6 assists each.

The Nets, on the other hand, did not struggle as much as the scoreline would suggest. The Celtics were just the better team by far on the night. Their newest guard, Seth Curry, top-scored for them with 22 points and 7 rebounds. And fellow former 76ers man, Andre Drummond, also chipped in with 11 points and 6 boards.

The signs are bearing well for the Brooklyn Nets. Strong, positive performances in the past few games have been the staple despite results. And the Nets are sure to be buoyed by the impressive return of their stalwart, Kevin Durant. Durant scored 31 points and 4 assists and rebounds to go down fighting in a close loss to the number one seed, Miami Heat.

KD’s return will also coincide with Kyrie Irving finally being able to play after a couple of games out. The #7 and #11 duo will be looking to get their team back where it belongs, the playoffs. And they will begin by winning against the Boston Celtics tonight away from home.

How to watch Boston Celtics vs Brooklyn Nets?

You can watch the Boston Celtics vs the Brooklyn Nets on ABC’s coverage. And the game will also be available through NBA League Pass worldwide. For play-by-play commentary, you can tune into 101.9 FM or 660 AM.