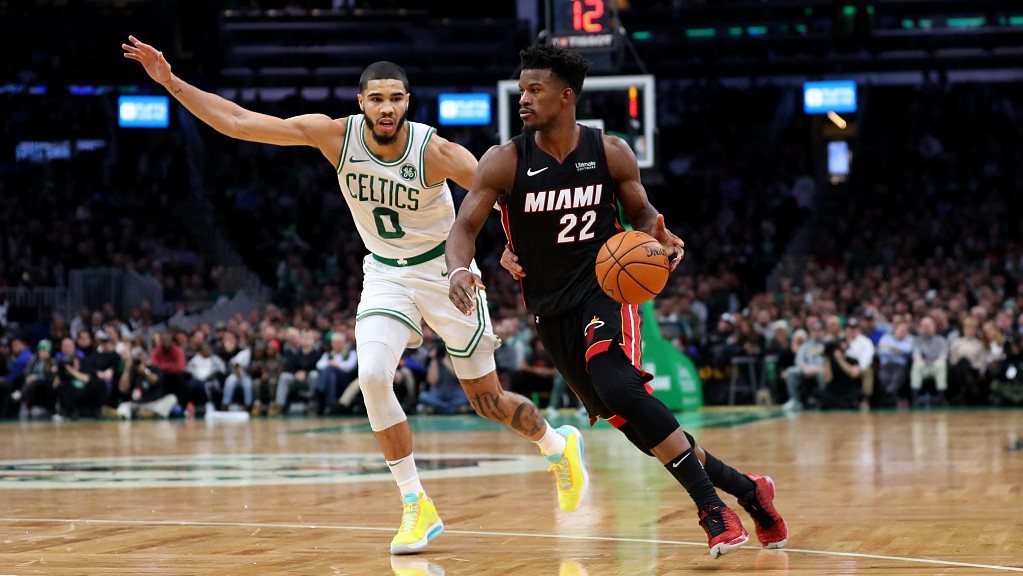 The Boston Celtics host the Miami Heat at the TD Garden in a season-defining game. The Celtics are locked in a four-way battle for the top seed in the Eastern Conference with the Heat, Bucks, and the Sixers. The Celtics have the strongest record of all of them and look primed to take over the East. The Heat are only half a game ahead of the Celtics and risk losing out due to a poor run of form.

The Celtics recorded a blowout victory over the Heat the last time they met at the TD Garden. Jayson Tatum led his team with a double-double scoring 20 points, 12 rebounds, and 5 assists en route to a 122-92 win. Jaylen Brown had a team-high 29 points in the 30-point win too.

The Heat had an overall disappointing game as they sorely missed Jimmy Butler’s offensive contribution. Only Max Strus scored more than 14 points with 27 to his name, and the rest of the team struggled to crack even that. Gabe Vincent had 10 points and 9 assists too, but not enough of a performance to eke out a win.

The Heat have lost 4 of their last 5 games and seem to have lost the team dynamic that helped them through much of the season. This was evident in the public fallout between Jimmy Butler and Udonis Haslem with head coach Erik Spoelstra. The trio had a heated altercation courtside during a timeout in a loss to the Warriors.

On the other hand, coach Ime Udoka has held together an excellent Celtics team that continues to surge late on in the season. The Celtics currently enjoy the strongest record in the league and are favorites coming into the game.

The Boston Celtics will defeat the Miami Heat and take sole possession of the number one seed in the Eastern Conference.

How to watch the Boston Celtics vs Miami Heat?

You can watch the Boston Celtics vs Miami Heat on ESPN as part of its national coverage or on NBC Sports Boston. The game can also be streamed through NBA League Pass from anywhere in the world. For play-by-play commentary, you can tune in to 98.5 The Sports Hub on the radio.