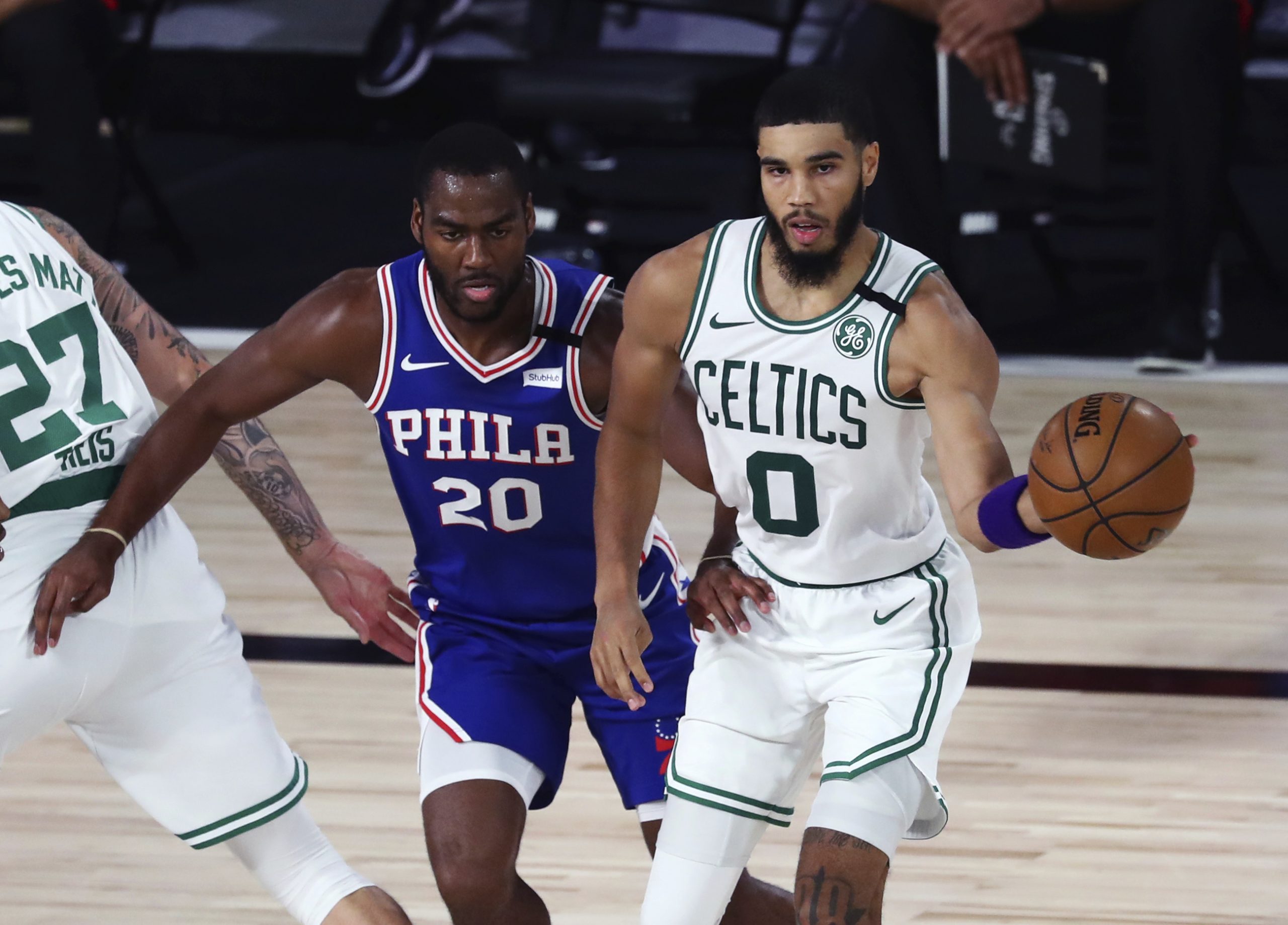 The Philadelphia 76ers take on the Boston Celtics at TD Garden for the second time in the 2021-22 NBA season. In their last matchup, the Celtics edged out the 76ers 88-87 as Jayson Tatum dropped 26 points and 16 rebounds.

After 30 games this season, the Boston Celtics have 15 wins and 15 losses – this is the current 8th place in the Eastern Conference with a win index of 0.500. The Celts are averaging 108.5 points, 45.7 rebounds, 22.8 assists shooting 44.4% from the field and 33.9% from beyond the arc.  Currently, Boston has certain problems with the roster (4 players are in quarantine and at any time the number of isolated ones may increase). Nevertheless, the team played 3 relatively good matches as they defeated top teams like Milwaukee, Golden State, Knicks.

Jayson Tatum has led the Boston Celtics in points, rebounds with 26.2 points and 8.6 rebounds. Jaylen Brown and Dennis Schroder have also been incredible as the second and third options for the Celtics with 21.3 points and 17.1 points respectively.

The Philadelphia 76ers enter the TD Garden on a three-game losing streak. This season, the 76ers have a similar record to the Celtics with a win rate of 0.500 (15 wins and 15 losses) and are currently ranked 9th in the Eastern Conference. At the moment the Philly season can be divided into three fundamentally different 10-match segments. They had eight wins in the first 10 games of the season. Then in the next 10 matches, the team suffered 8 defeats and in the last 10 matches, the Sixers have had 5 wins and 5 losses.

This season, Philly has put up 105.6 points, 41.8 rebounds and 22.4 assists while shooting 45.7 from the field and 34.6 from the three-point line. With countless injuries and Covid-19 protocols, the Sixers have lost many players and hence have been led by scoring by Tobias Harris (18.5 points). Whereas sophomore sensation, Tyrex Maxey has led Philadelphia with 4.7 assists.

The Boston Celtics are the favorites to win the match against the Philadelphia 76ers. Boston has consistently posted 107+ points over the past few matches. Similarly, Philadelphia has struggled defensively as they have allowed 110+ points regularly. Historically, in 79 head-to-head meetings of these rivals, Boston Celtics have won 54 games in comparison to the Sixers’ 25 wins. Hence the Boston Celtics will most likely win this game.

How to watch Boston Celtics vs Philadelphia 76ers?

The game between Boston Celtics vs Philadelphia 76ers will be televised on NBA TV across the United States. Whereas, international fans can catch the game on NBA League Pass.

Also read: NBA Comparisons: Who Is the Better 3-point Shooter Between Stephen Curry and Ray Allen ?