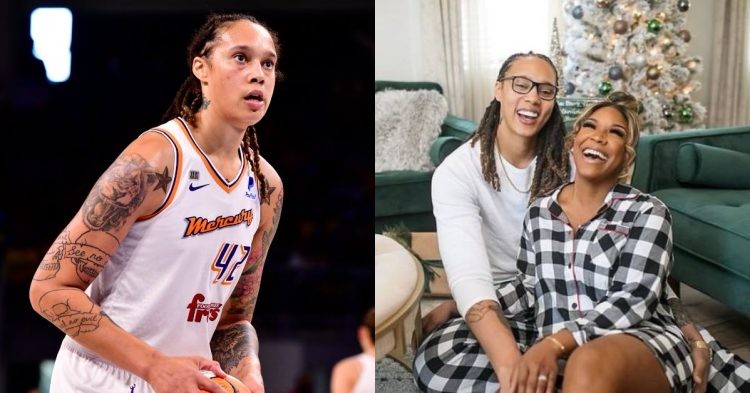 Brittney Griner has been one of the best WNBA players of all time. She was the #1 pick in the 2013 WNBA Draft when the Phoenix Mercury signed her. Till now, the American has won a WNBA championship, an Olympic gold medal, an NCAA championship, and a FIBA World Cup gold medal.

The Russian government detained the WNBA star earlier this year, before sentencing her to 9 years in prison this month. The last few months have been tiring and hectic for her family, who have been eagerly waiting for her return. Griner’s personal life has mostly been kept in the wraps, except for a few relationships that caught headlines.

Glory Johnson is also a basketball player who plays in Turkey currently. The Tulsa Shock(now Dallas Wings) drafted her at the 4th pick in the 2012 WNBA Draft. Griner and Johnson met for the first time at a basketball camp in Las Vegas. Reports say that Griner proposed in 2014, and married Johnson a year later.

Tragedy struck the pair after the police arrested both of them on assault charges. It seems like the women got into an argument, which then turned physical. Brittney pleaded guilty, which then caused the WNBA to suspend both players. However, the drama did not stop there. Glory Johnson announced her pregnancy, which she conceived through IVF.

Griner claimed that she had nothing to do with the pregnancy and filed to annul the marriage right after Glory’s announcement. The court rejected the annulment appeal, which then led BG to admit that she was in fact involved with the pregnancy. Since then, she has been paying around $2,500 per month as child support.

Anthony Davis also had a relationship with the WNBA star

When Anthony Davis was with the New Orleans Pelicans during the initial stages of his career, he also dated Brittney Griner. He even said, “She is everything to me… We have an amazing relationship and have so much in common. We even wear the same size clothes and shoes so sometimes she borrows a shirt or two from me,” in an interview with TheNewsNerd. Reports say that the pair enjoyed a close relationship for a short period.

During their relationship, many speculated that they were engaged and pregnant. Fans were even considering how much of a generational basketball player the child would be if that was true. Neither responded to any of the rumors directly.

Brittney and Cherelle met in Texas, at Baylor University, when they were studying at the time. The couple only started dating after Griner’s split with her former partners. It is unknown when the pair started dating exactly. Brittney proposed to her partner in 2018, before marrying her in 2020.

The pair have been active on their social media platforms, often expressing their feelings for one another. Brittney is currently imprisoned in Russia and her wife has surely been supporting her throughout. Cherelle Griner has been posting on her Instagram page regularly with the hashtag “WeAreBG” to raise awareness on Brittney’s situation.

Recently, she also revealed that she spoke with US President Joe Biden and Vice-President Kamala Harris. It is quite evident that the USA is trying its level best to bring their citizen back to the country. Reports emerged earlier this week saying that Russia demanded their US-jailed citizens be released in return for Brittney’s.