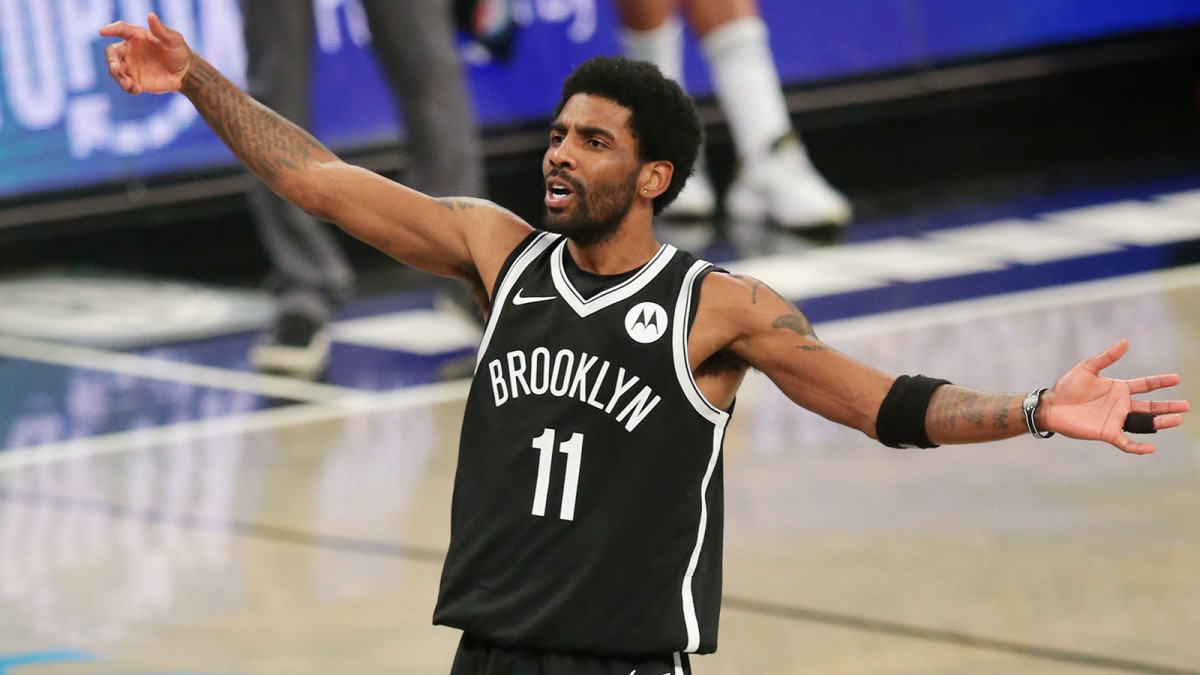 Brooklyn Nets last night issued a statement on Kyrie Irving which came as a bit of a surprise. General Manager Sean Marks clarified about Kyrie Irving’s availability and how Kyrie’s decision to stay unvaccinated(Covid-19) would rule him out of the team and said that the organization was left with “no choice” but to restrict him from any further basketball activities and participation for an unknown period.

“After discussions with our coaches, players, and staff, the organization has decided to have Kyrie Irving re-join the team for games and practices in which he is eligible to participate. We arrived at this decision with the full support of our players and after careful consideration of our current circumstances, including players missing games due to injuries and health and safety protocols.

We believe that the addition of Kyrie will not only make us a better team but allow us to more optimally balance the physical demand on the entire roster. Look forward to Kyrie’s return to the lineup, as well as getting our entire roster back together on the court.”

Kyrie Irving will only be available for road games

This comes as a bit of shock due to the Nets taking a strong stand against Irving. Part of the reason to put this aside and recall Kyrie is because of the ongoing issues on the roster. The other key reason for recalling Kyrie is to reduce the added weight and minutes that are being put on Kevin Durant‘s shoulders with the majority of the players out.

The other important aspect of the statement deals with Irving’s availability for only the road trip games. This is due to his failure to comply with New York City’s COVID-19 vaccine mandate. Irving is coming back but he’s only coming back as a part-time player, according to Adrian Wojnarowski.

Sources: Kyrie Irving will play in road games and practice at home with the Brooklyn Nets. He is expected to practice with the team in the coming days. https://t.co/QilgYMM4Lo

Even after the issued statement, it is still uncertain as to when the Nets star can make his comeback on the court. The key aspect for Kyrie to return is to pass all the required regulations. Working his way back to full fitness and form plays a crucial role in determining his return.