Brooklyn Nets will take on 2020 eastern conference runners-up, Atlanta Hawks at home. Hawks and Nets have a similar record of 4-3 standing in 8th and 9th position respectively.

Brooklyn Nets is having a mixed season. They won their matches with authority against weak teams and got equally dominated by strong teams. Nets Superstar Kevin Durant is performing at his usual best keeping the team in the playoff picture from the very beginning.

James Harden and LeMarcus Aldridge are beginning to score more easily now, which might ease some pressure off Durant and Steve Nash. The team will also be looking for the early return of Kyrie Irving so that they will have all their attacking options and combinations against the opposition.

Trae Young – dynamic Hawks Guard has continued his playoff form. Young leads Hawks in points per game while dishing out team-high 9.4 assists. Cam Reddish – into his 3rd year in NBA has provided very productive stats for the Hawks off the bench.

Hawks Centers are defensively strong with an average of 10 boards per game making it difficult for opponents to drive to the basket. Ex-Clippers Lou Williams and Danilo Gallinari are not 100% yet playing just 4 matches out of 7.

The emergence of Harden and Aldridge is a welcome sign for Brooklyn Fans. They will still be hoping to see Kyrie partnering with Durant at the offensive end. Experienced Aldridge and Griffin will need to be better around the hoop.

Atlanta Hawks tend to play through Young and Lou Williams. They both have great dribbling capability. Danilo needs to be more offensive and create more chances for scoring.

With all-around team performances, the Nets will better Hawks in this match.

How to watch Nets vs the Hawks?

Barclays Center will host the match between Brooklyn Nets and Atlanta Hawks. The stadium is prepared to accept fans in full capacity. Local TV Channels broadcasting match will be Bally Sports for Hawks. YES Network will telecast live for Nets. International viewers can access the game on NBA League Pass and ESPN will be a national broadcaster. 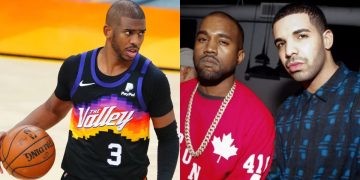