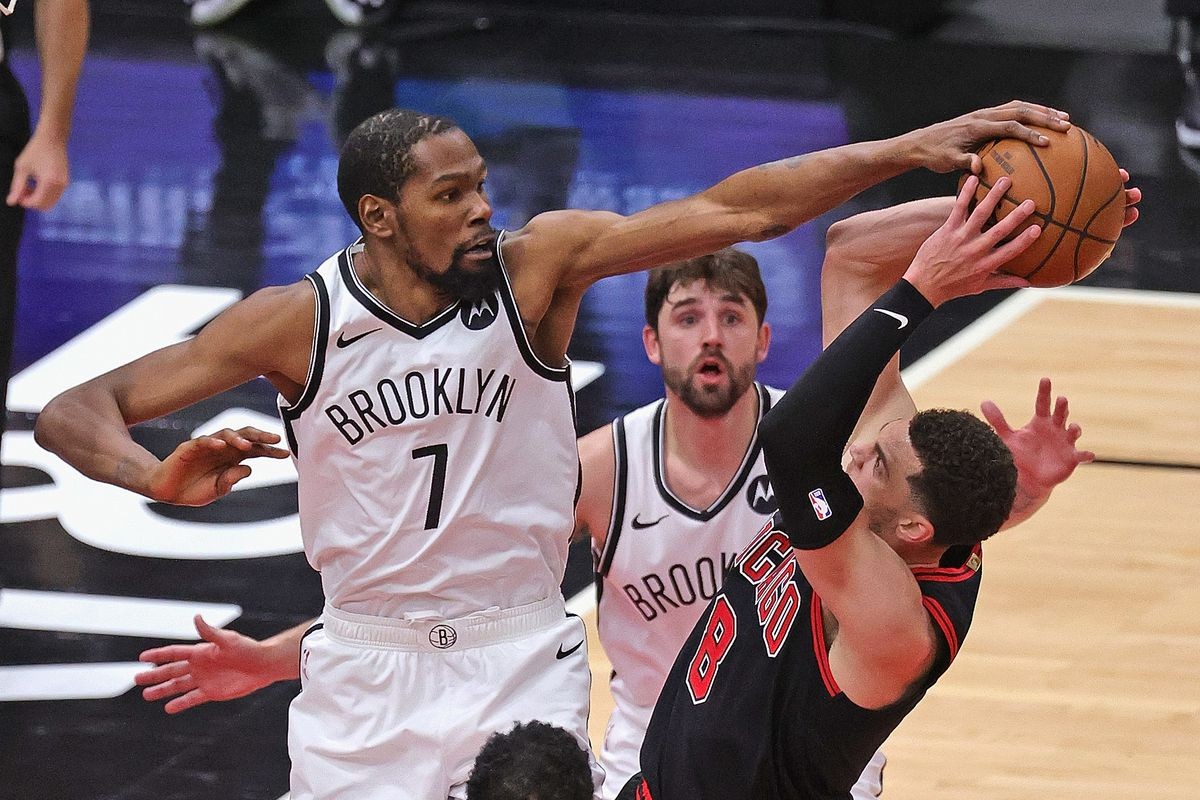 High Flying Brooklyn Nets will take on Ambitions Chicago Bulls in their Eastern Conference Match up on 9th November.

Both teams had very different sorts of start to the campaign. Chicago Bulls started from being the top team while the Nets were in the catch-up phase. Now Nets are 3rd in the East with 5 game winning streak and Chicago is 5th after a back-to-back loss to Philadelphia.

Durant overcame Ja Morant and Stephen Curry to become the leading scorer in the league. With wide-ranging performances in other departments also – KD is 3rd in the MVP race so far. Harden is now 3rd in assists with 9 assists per game. Harden also now scoring some important shots, with 17.7 points per game.

Chicago Bulls started unbeaten in 4 games – before losing to the New York Knicks. Bulls are now 6-3 for a season, other defeats only to Philadelphia 76ers. Chicago came p strong against the Grizzlies, Celtics, and Utah Jazz.

After a trade to Chicago, DeMar DeRozan is in red hot form. DeRozan is 4th in the scoring chart and is well supported by the Bull’s own all-star Zach LaVine. Similarly, newly Acquired Bulls Guards, Lonzo Ball, and Alex Caruso are in the mix with assists and steals chipping in with 20 points per game combined.

Another 30 piece for Zach LaVine

Nets are now looking like a team with ambition as a complete team is contributing equally to the wins. Durant still leading with minutes per game, is feeling less load now. The addition of Kyrie will surely support Bookie’s predictions – by making them title favorites.

Overall, this could be an interesting matchup – watching teams coming into their stride. Brooklyn Nets will have the upper hand in the match with the experience of their roster. Also, the Nets have been playing together for a longer period will give Nets a win over the Bulls.

Coby White (Shoulder): Return Date Yet to be decided.

Patrick Williams (Wrist): Out for 6 Weeks.

How to watch Nets vs Bulls?

United Center will host the match between Brooklyn Nets and Chicago Bulls. The stadium is prepared to accept fans in full capacity. International viewers can access the game on NBA League Pass.