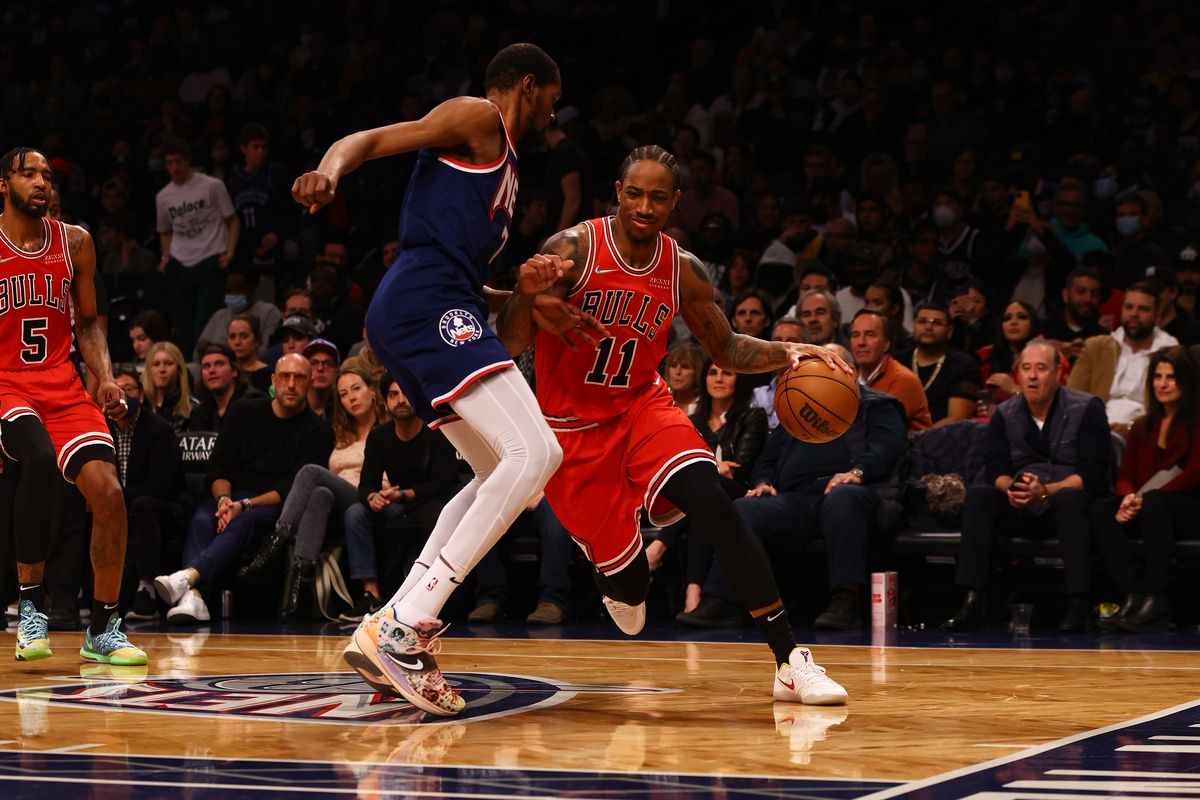 The Brooklyn Nets and Chicago Bulls go head to head in the big-ticket eastern conference at the United Center. Both the Nets and Bulls have played each other twice in the 2021-22 NBA season where Chicago took the victory on both occasions.

The Chicago Bulls, after 37 games played with a winning index of 0.703 (26 wins and 11 losses), is ranked 1st in the Eastern Conference. Chicago just won nine in a row before Luka Doncic and the Mavs beat them on Sunday, but they roared back on Tuesday against Detroit, winning by a colossal 46 points.

The Bulls are led by the incredible DeMar DeRozan with 26.2 points per game. He also adds 5.2 rebounds per game and 4.8 assists per game. Lonzo Ball tops from three-point range for Chicago, knocking down 3.2 threes per game, he also leads the team to win assists with 5.1 assists per game.

The Brooklyn Nets have already played 37 matches and with a record of 25 wins and 14 losses is ranked 2nd in the East. Brooklyn lost for the first time in six games as they lost 114-108 to the struggling Portland Trail Blazers. The Nets have the 7th offence in the NBA that is scoring 110.9 points per game, while their defence is 18th in the league as it allows 108.6 points to the rivals. They have been 4th in field goal%, 17th in 3 point%.

The Nets are led by Kevin Durant as he is scoring 29.8 points per game. James Harden leads Brooklyn in assists and rebounds as he averages 9.7 assists and 8.1 rebounds per game. He also leads the Nets in steals with 1.3 steals per game. Patty Mills is the top three-point shooter for Brooklyn, hitting 3.1 per game.

The Chicago Bulls are slight favourites to win this game against the Brooklyn Nets at the United Center. The Nets are struggling at home, but they have been the best road team in the league with a 14-4 record. Chicago has an identical home record, but the Bulls will be playing the second of a back-to-back making them slightly vulnerable.

Brooklyn will have James Harden back on the floor after he missed the last game, while Irving will also be there as he is eligible for away games. But still, for Brooklyn, the team has been inconsistent with constant change in personnel. Hence the Chicago Bulls are favourites to win with an in-form team.

How to watch Brooklyn Nets vs Chicago Bulls?

ESPN will air the game live on national TV, while local coverage will be available via YES Network. Fans can also catch the game on NBA League Pass.