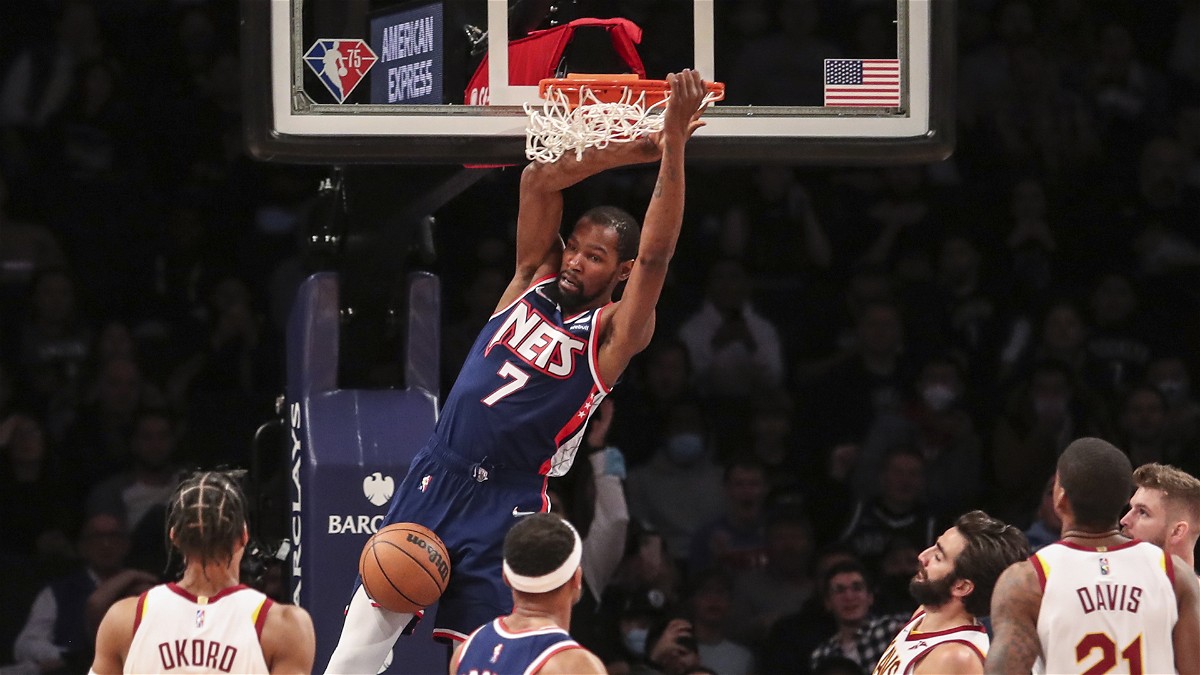 Brooklyn Nets will face Cleveland Cavaliers 2nd time this season. The Nets won the last fixture by a margin of 10 points. Cleveland outscored Brooklyn by 13 points in the 3rd quarter of the match.

Brooklyn Nets won 2 consecutive matches after 18 points defeat to the Warriors. Considering the Nets’ attack-minded roster, though the margin of their latest victories is not very high, it allowed them to climb back to the top spot. Kevin Durant has been instrumental for the team, leading them in points and rebounds per game.

James Harden is looking better than at the start of the season. He is nearing his triple-double performances from the Rocket’s days. Steve Nash – the Nets Coach, will be hoping for an early solution to Kyrie’s situation as he now has very few players on the squad to rotate.

???? | Squad dug deep and got it done pic.twitter.com/riOAkgTwm3

Cleveland team’s rebuilding is looking fruitful for now. The team is currently 6th in the Eastern Conference after spending the previous 3 seasons in the bottom half of the table. They had some of the toughest matches in their 9-8 record. The Cavaliers have managed victories over the Knicks, Nuggets, Hornets, and Clippers in their 17 matches so far.

8 Cavs players are in the double-figure scores which imply their depth this season. Jarrett Allen and Even Mobley are their defensive pillars, combining 19 rebounds, 2 steals, and 3 blocks per game. Kevin Love is not a starter anymore for the team, but he managed decent stats off the bench.

Also Read: Throwback to LeBron James Being Just a Fan at His First All-Star Game in 2005

Brooklyn has some of the best offensive players in their roster. Still, the absence of Kyrie and the late-blooming of Harden has put them at 12th position in points per game this season. The Cavs have maintained their last season’s scoring averages but rank 25th in the charts.

The Cleveland team has made a drastic improvement in their defence, which is actually the reason they have managed to position themselves in playoff contention. They allow 101.7 points per game this season and are in 3rd position in the opponent’s points per game table. Nets also have improved their defensive record by 8 points.

The Brooklyn Nets will be looking to grab as many wins as possible with other conference competitors showing blistering form at the moment. The Nets should be able to repeat their last match performance and win this away match.

Collin Sexton (Knee): Out for the Season

How to watch Brooklyn Nets vs Cleveland Cavaliers?

Brooklyn Nets vs Cleveland Cavaliers will take place in Rocket Mortgage FildHouse. The stadium is prepared to accept fans at full capacity. Locally, Bally Sports Ohio will broadcast the match for Cleveland. International viewers can access the game on NBA League Pass.