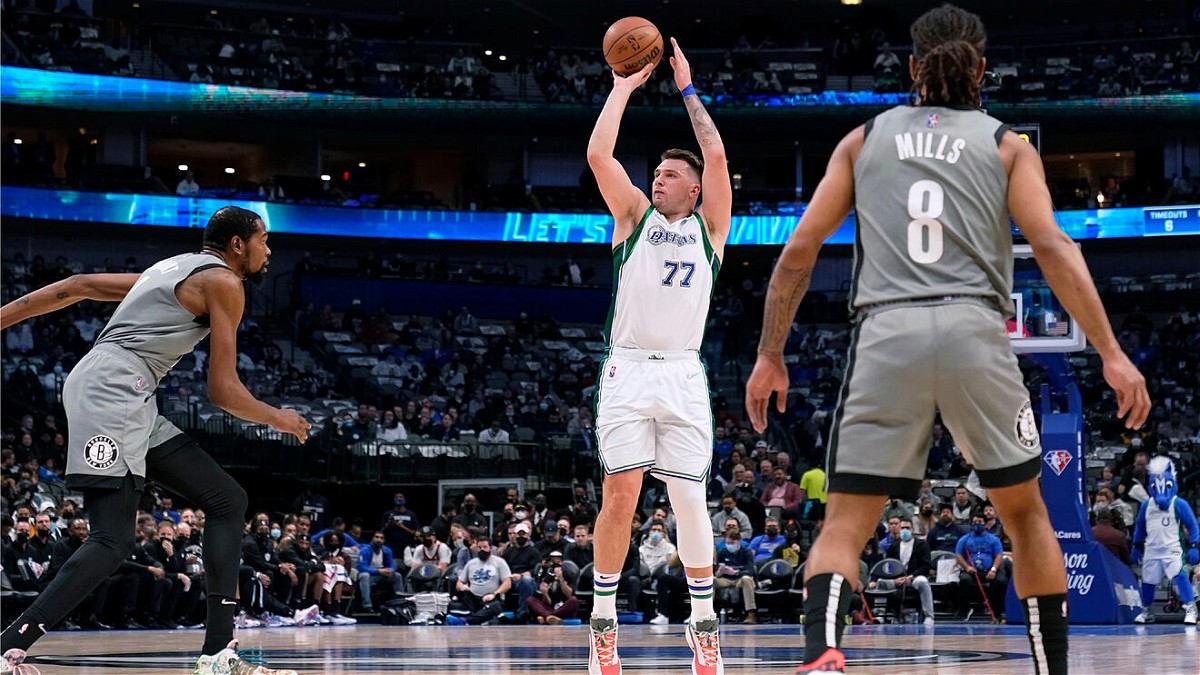 The Brooklyn Nets host the Dallas Mavericks at the Barclays Center, as the third away game of the Mavericks’ run. The Nets are high on their 4-game win streak and looking to climb the Eastern Conference standings steadily. The Mavericks have the 6th best record in the NBA and have consistently dominated their fellow contenders in the past weeks.

The Mavericks last hosted the Nets back in December in a very close game. Kristaps Porzingis performed at a high level by putting in 17 points, 12 rebounds, and 5 assists. Porzingis and Dorian Finney-Smith helped Luka Doncic out with the latter scoring 15 points. Luka himself had 28 points and 9 assists to go with 6 rebounds.


But the game remained undecided till the final seconds as the Mavericks missed their final shots on some great Nets defense. James Harden had 23 points and 12 assists and Kevin Durant scored 24 points too to give Brooklyn their 17th win of the season.

The Nets cannot get enough of Kyrie Irving’s career-high 60 points but they will be without him tonight at the Barclays. However, Kevin Durant and co. should find much momentum against the Mavericks. Except the Mavericks seem to elevate their game with respect to their opponent and will embrace Brooklyn’s challenge.

The Mavericks will win against the Nets in another thrilling close match and end their winning streak.

How to watch the Brooklyn Nets vs Dallas Mavericks?

You can watch the Brooklyn Nets take on the Dallas Mavericks on Bally Sports Southwest. Indian viewers can stream the game on Voot Select or JioTV. You can also stream the game from across the world through the NBA League Pass. And for play-by-play commentary on radio, tuning into ZonaMX 99.1.