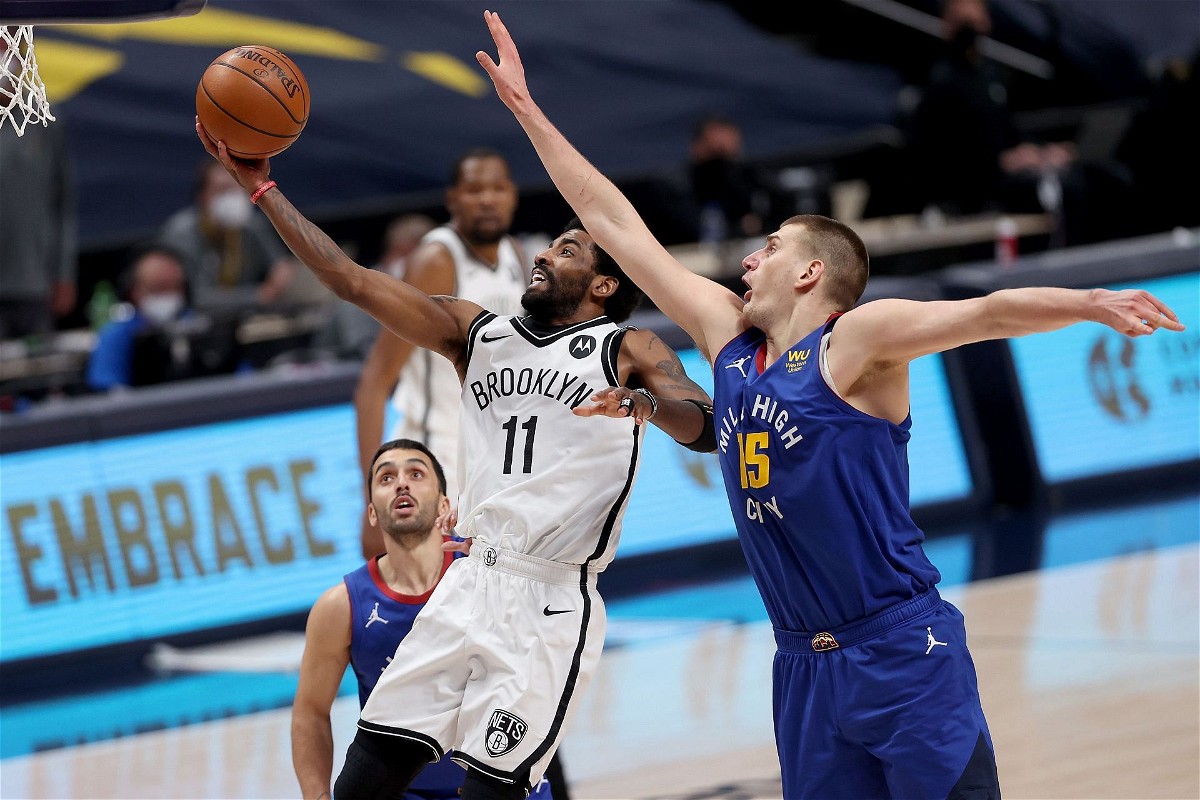 The Brooklyn Nets look to end their nightmarish five-game road trip as they take on the Denver Nuggets at the Ball Arena. Both teams have played each other in the 2021-22 NBA season where the Nuggets took a 124-118 over Brooklyn. Nikola Jokic scored 26 points for Denver whereas Cam Thomas led the Nets with 25 points.

The Brooklyn Nets have immensely struggled as come to Colorado as they have been on a seven-game losing streak. In this period, Brooklyn lost to the Utah Jazz where they never got lead and were down 15-2 just over four minutes and were blown out. Nets are averaging 111.4 points, 45.1 rebounds, 25.3 assists while shooting 47.1% from the field as a team. Brooklyn is 19th in scoring defence by allowing 110.6 points.

As Kevin Durant is still injured for a considerate amount of time, the Nets will miss his 29.3 points per game. In  KD’s absence, the scoring load is shouldered by James Harden and Kyrie Irving on the road games. Harden is putting up 22.5 points with 10.2 assists while Irving is averaging 22.8 points in his 11 games this season. Patty Mills is making 3.3 three-pointers per game while scoring averaging 13.8 points.

A little déjà vu early in this one???? pic.twitter.com/tGyMUJgLzB

Nikola Jokic is having another near MVP season as he is averaging 25.9 points, 13.7 rebounds, and 7.8 assists while shooting 57.4% and averaging for the Nuggets. The Joker leads Denver in all primary statistics as he has 1.4 steals and 0.8 blocks per game. Will Barton is averaging 2.1 made 3-pointers over the last 10 games for Nuggets.

Brooklyn Nets have lost seven straight games, including a home loss to this Denver Nuggets on 27 January. The Nets missed Durant, Harden or Aldridge in their last game against Utah. Brooklyn needs to have at least two of its three stars at close to 100% to have any kind of sustained success.

As Harden could miss this game, hence the Nuggets are clear favorites to win this game.  With Jokic back in form as he had a triple-double in their last game. Playing at home in the altitude, given the off-court issues and injury concerns for the Nets, Denver Nuggets are most likely to win this game.

Michael Porter Jr. – Back – Out for the season

How to watch Brooklyn Nets vs Denver Nuggets?

The game between the Denver Nuggets and the Brooklyn Nets will also be locally telecast on Altitude Sports and Yes Network. All games will be available on NBA League Pass platform.