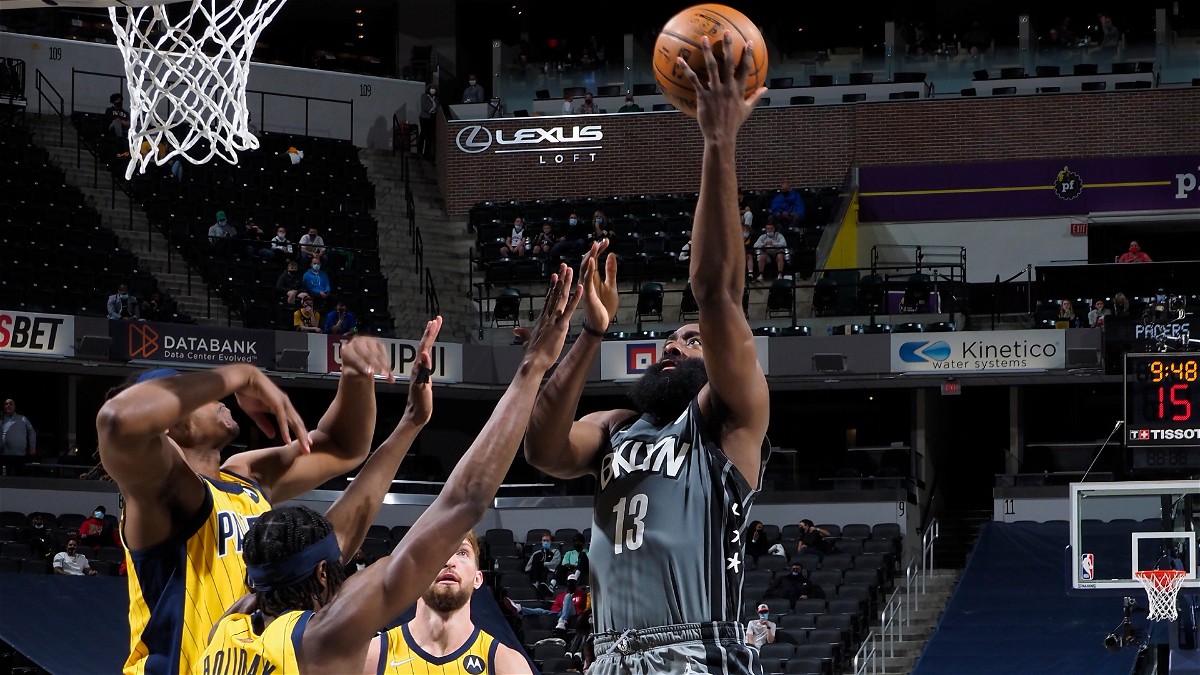 Brooklyn Nets and Indiana Pacers are both currently ranked 11th and 4th respectively in The Eastern Conference. They will have their matchup on 29th Oc Nets home 2021 at nets home Court.

Brooklyn Nets are desperately missing Kyrie Irving, as they are 2-3 in 5 matches played. They have lost some of the important games questioning their “Favorites” tag this season. Steve Nash has given a bulk load of scoring to Kevin Durant as Harden is yet to find his form. Durant however is still proving why he is considered one of the best.

Kevin Durant with his effective 55% shooting leads the Nets with 29.8 points per game. New acquisition Patty Mills also has 51% shooting behind arc shooting. Other Nets players though need to give their best and grab some buckets.

Indiana Pacers have a balanced team of individuals; everyone can give 15 points per game. Chris LeVert will be back from injury to face his old teammates. His performances at Indiana have raised his stakes.

Indiana currently has a 1-4 record with a sole win against Heat at Home. Domantas Sabonis is playing well at the offensive and defensive end of the floor for Indiana. Offensively he is second only to Malcolm Brogdon in points per game while leading Pacers in rebounds.

Nets found it difficult to pass Miami’s defence in the last defeat and came back strong against the Wizards. Pacers are on 2 game losing streaks – looking to get on winning ways again. With Two Championships and Two Finals MVP awards, Durant is again playing like an MVP candidate.

James Harden though is fighting to get into a rhythm. Nets defence ranked 16th in Points allow – a worrying sign for Championship Potential team. Neither peripheral defence nor defence in paint is helping the team to stop the opposition.

Indiana Pacers’ defence is also not to be bragged about. Pacers rank even below Nets in defensive stats. This could help Harden and Durant to score at will. With the absence of top scorer Malcolm Brogdon, Pacers will have to make use of 24 seconds – to find an open shot and also to slow the game.

Kevin Durant will make a big mark on the game either by assisting Harden to score or scoring 35+ Points in-game. It shall be a win for the Nets with a much-needed boost to a playoff spot.

How to watch Nets vs Pacers?

Barclays Center will host the match between Brooklyn Nets and Indiana Pacers. The stadium is prepared to accept fans in full capacity. Local TV Channels broadcasting match will be Fox Sports for Indiana. YES Network will telecast live for Nets. International viewers can access the game on NBA League Pass.