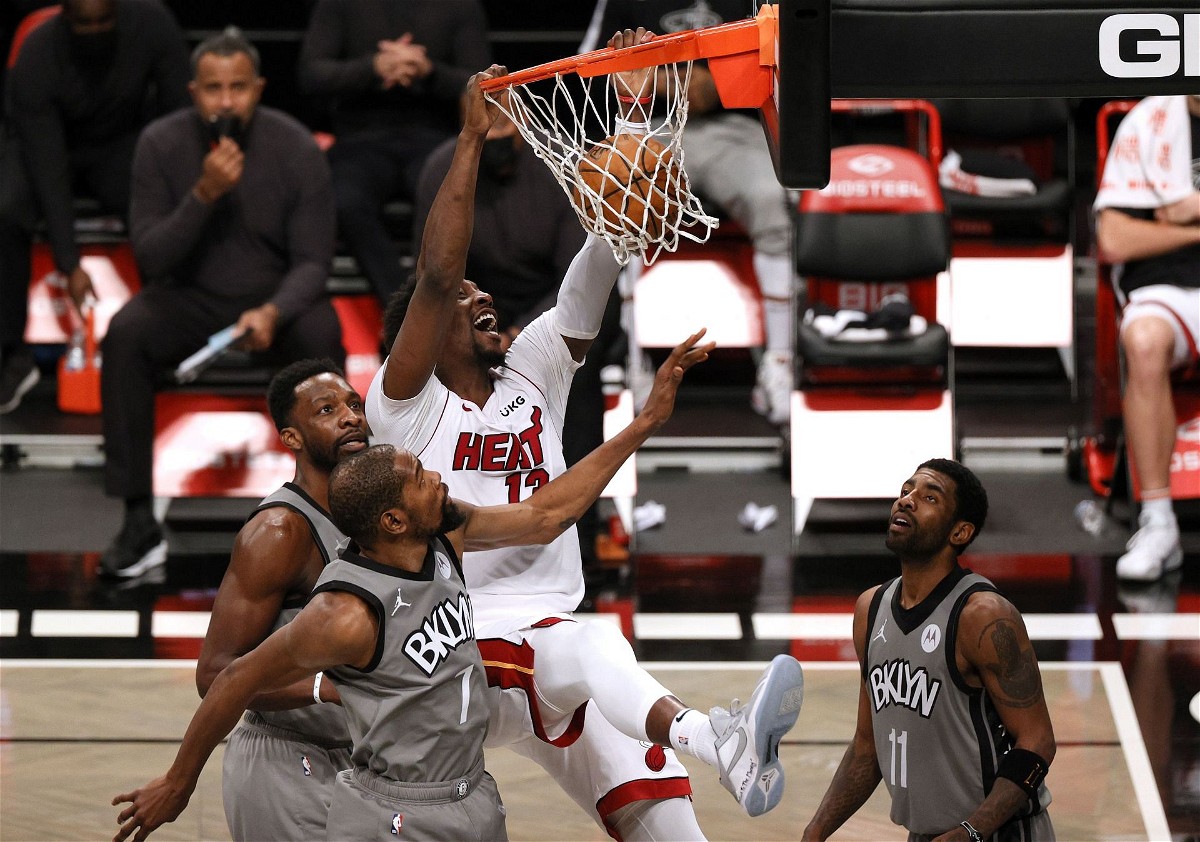 Brooklyn Nets – one of the favourites to win the Championship this season will travel to the south coast for a match against the Miami Heat. Nets have lost the opening game against the defending champions, Milwaukee Bucks. Then Miami had a Blowout win over the Bucks in their 1st match of the season.

Miami has a 2-1 record, with their only loss against Indiana Pacers in overtime. In all games Miami played, they have performed well on both ends of the floor. Jimmy Butler has been very efficient offensively and defensively. Tyler Herro – a sensation for Miami led them in scoring for both the wins.

As for Brooklyn, they have a strong offence led by Kevin Durant. Durant is 2nd on the scoring list with 31 points a game. While Steve Nash will look to James Harden, as the league’s 3-time scoring champion has struggled a bit this season.

With great all-around performance from the team, the Hornets shocked the Nets earlier this season. This is NBA. This is why we love the game for its unpredictability and energy. Miami has similar potential to shatter Brooklyn’s aura of the greatest team assembled in this era.

Defensively Miami is much better than Nets. Bam Adebayo has been great for them as a rim protector averaging 14 boards per game. At the periphery, Miami has a hardcore defensive player in PJ Tucker. Butler ranking third in steals is a cause for worry for the Brooklyn Nets.

Nets claim to the championship depends on their offence. With Durant, Harden, and Irving in the team, they can outscore opponents on any given day. Nets have a fast-paced game, while Miami looks for constructive passing for the open shot. Nets will again count on Durant to make big plays. With Irving not available, Patty Mills, Paul Millsap, and Harden need to step up to support Durant.

Erik Spoelstra will be pleased with the team’s performance till now and hope for the same against mighty Nets. Though Miami has good defenders, Brooklyn’s fast-paced game is hard to contain. They will try to force turnovers to stop Brooklyn from scoring. Offensively Butler will have to face Durant in clutch moments, while Herro will be against experienced Millsap or Harden.

Due to Kyrie’s absence, Miami Heat will take full advantage of the situation and record a win over Brooklyn Nets to make their record 3-1.

How to watch Brookly Nets vs Miami Heat?

Brooklyn Nets vs Miami will take place in American Airlines Arena. The stadium is prepared to accept fans in full capacity. Regional viewers from Brooklyn can watch the game on YES and Miami residents can catch it live on BSSUN. International viewers can access the game on NBA League Pass.