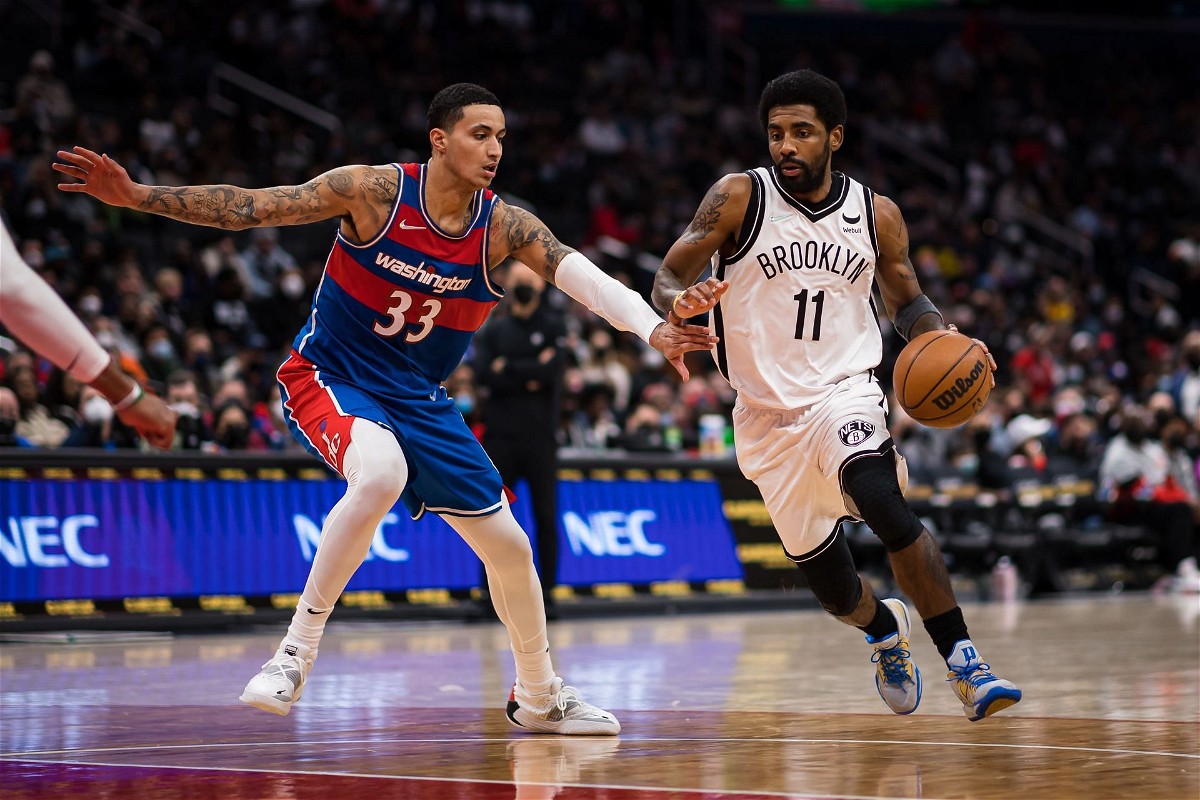 The Brooklyn Nets are on the road to face the Washington Wizards at the Capital One Arena. Both teams go head to head for the third time in the 2021-22 NBA season. Brooklyn defeated the Wizards 119-118 on 20 January 2022. Kyrie Irving scored 30 points for the Nets while Bradley Beal put up 23 points for Washington.

Brooklyn Nets suffered their ninth straight loss as they were blown out by the Boston Celtics at the TD Garden in the 129-21 defeat. In 2022, Brooklyn has lost 15 games and is the eighth seed in the eastern conference. In the last ten games, the Nets have averaged 107.1 points, 43.6 rebounds, 23.6 assists, 6.3 steals and 4.9 blocks per game while shooting 44.7% from the field. Defensively, Brooklyn has allowed 118.6 points.

Climbing up the ranks ???? pic.twitter.com/R1ScNem3RE

With Kevin Durant missing games due to injury, the Nets have missed his 29.3 points. In KD’s absence, James Harden has led Brooklyn with 22.5 points, eight rebounds and 10.2 assists. Kyrie Irving is playing only away games for the Nets where he is averaging 24.0 points over the last 10 games. Patty Mills this season is fourth in 3pointers made 172 three-pointers while shooting 42.5% from the deep

The Washington Wizards were one of the surprise teams at the start of the season. But as the other teams got into their groove, Washington gradually fizzled away. They are currently 11th in the east with a record of 24 wins and 29 losses. In the last 10 games, they have put up 102.1 points, 43.4 rebounds, 23.5 assists, 5.7 steals and 4.9 blocks per game while shooting 43.9% from the field.

Like the Nets, Washington has missed their star player Bradley Beal in the recent games. Beal was putting up 23.2 points and 6.6 assists before opting for season-ending surgery. Spencer Dinwiddie with 12.6 points, 4.7 rebounds, 5.8 assists per game and Kyle Kuzma kicks in 16.1 points are the other top scorers for the Wizards.

Both Brooklyn Nets and Washington Wizards are suffering some grave issues heading into this game. The Nets are caught in James Harden’s apparent need to be traded before Thursday’s trade deadline. Similarly, they are also dealing with major injury issues with Kevin Durant ( knee) and Harden (hamstring).

The Wizards will be missing Bradley Beal for the remainder of the season. Despite all the problems on both sides, Washington Wizards are the favourites to win this game as they still boast of a roster that is on the same page and wants to play together.

How to watch Brooklyn Nets vs. Washington Wizards?

The Brooklyn Nets vs Washington Wizards game will be televised on TNT. The game is also available on the NBA League Pass platform.

“LeBron James Is Strong as Sh#t.”: Desmond Bane Reveals How the King Welcomed Him Into the NBA