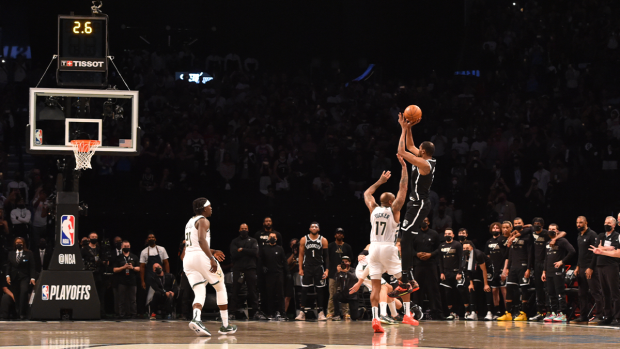 The modern NBA is extremely different to older ones. Before you would see stars of the league idolize and believe whatever the greats before them said. Nowadays, older generational players criticize more than commend current stars. However, the current players don’t take it quietly. They go in a back and forth with these players. A recent one was the awkward exchange between Donovan Mitchell and Shaq. An even more recent one is Scottie Pippen and Kevin Durant.

What did Scottie Pippen say?

Scottie Pippen’s career has always been shadowed by Michael Jordan. He will always be known as the best sidekick and his stand alone career is not as strong as he would like it to be. Pippen is a Hall of Famer and one of the best defenders but because his name will always be associated with Michael and he does not like that.

Pippen beefs with a lot of NBA players. His most biggest one and that had the most publicity was with Shaquille O’Neal.

Last Night, he made some comments about Kevin Durant, here is what they are:

Scottie Pippen on the difference between Kevin Durant and LeBron James pic.twitter.com/hO7QZJY9gp

And Kevin Durant obviously saw this and did not hold back in his responses.

Kevin Durant was a toe away from everyone crowning him as the best player in the NBA. Just a toe away. Which makes all the slander by Scottie sound more like hate than criticism. Even though Kevin Might not have won 6 titles, but he has had the better career. That gives him the upper hand in these exchanges.

We know Kevin reads the stuff people say about him on twitter and how he responds himself or through burner accounts. He’s not one to ignore them.

In response to what Pippen said, KD tweeted out this:

Didn’t the great Scottie pippen refuse to go in the game for the last second shot because he was in his feelings his coach drew up the play for a better shooter??

This is information that we had a further look into when we watched the Last Dance Documentary. How Pippen, unlike Durant, wasn’t even the one who would take a game winning shot. And would throw tantrums when he wasn’t involved.

This guy Scott also wanted to enjoy his summer so he chose to rehab during the season lol yo @ScottiePippen THEY FOLLOWED PHIL, NOT YOU!!!

This beef might be the living proof of how Current NBA Players get hated on for no reason by old heads. If and when Scottie replies this beef could go to the next level. We know both if them aren’t the type to take the high road, making this a true candidate of a serious beef.