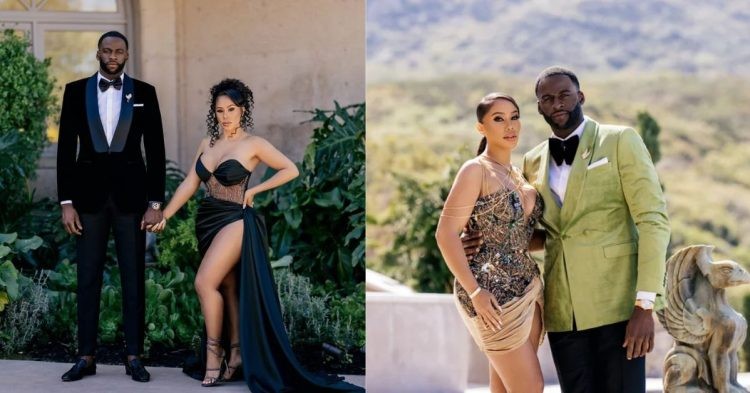 Draymond Green had yet another successful year. He won the NBA Championship with the Golden State Warriors after beating the Boston Celtics in the 2022 NBA Finals. He averaged 8.0 rebounds, 6.2 points, and 6.2 assists in 6 games. His numbers may not look extraordinary, especially when compared to the likes of Stephen Curry or Klay Thompson. But Draymond cemented his status as an elite defender this year.

It looks like Green’s year couldn’t be better. Very recently, he married his long-term girlfriend and fiancé, Hazel Renee. The wedding images haven’t been released yet, but Draymond has replied to several stories of his friends on his Instagram page.

The wedding’s venue is still unknown to the media, but images of the guests that attended the wedding have emerged. The guest list includes LeBron James, Jayson Tatum, Seth Curry, and Draymond’s beloved GSW teammate Stephen Curry.

It looks like Jayson and Draymond have resolved their issue, considering the former is attending the wedding. For context, the pair shared some heated words in Game 5 of the 2022 NBA Finals. DG had to be separated from Tatum after following him all the way to the Celtics bench. However, after the game, both the players hugged it out and paid respect to each other.

In addition to that, the Warriors center has also invited LeBron James. Despite being rivals on the court and competing against each other, the pair are still close. LeBron even once convinced DG to invest in Lobos 1707 Tequila, that’s how close the two are.

How did Draymond Green meet his wife Hazel Renee?

Hazel Renee was born to an African-American father and a Filipino mother in 1986. Despite having a rocky childhood battling with low incomes, she has made a name for herself in the media industry. Her first appearance on camera was on “The Marriage Tour”. Since then, she has only leveled up.

She landed a role on the Fox-produced TV show “Empire”. She appears in multiple episodes of the series during various seasons. If that wasn’t enough, Hazel is also a part of The Real Housewives of Atlanta, a reality TV show.

In the past, Hazel has revealed to Essence how she met her now-husband Draymond. She said, “We were in the same theater class and both athletes…Naturally we gravitated towards one another for group projects because we were already familiar with each other.” The lovebirds initially met at Michigan State, where they both were students.

Despite knowing each other back then, they did not start dating during that time. Both of them went in different ways as Draymond Green joined the NBA and she started to take acting seriously. However, years later, the pair met again.

“We went to a rooftop pool and hung out at the cabana all day, which is still one of our favorite things to do together…We hadn’t seen each other in a very long time so we hung out all day, talked, and caught up. It was really casual but also reflective of our relationship,” Renee revealed.

Draymond proposed to Hazel in 2019. His proposal showcased the amount of love the NBA star had for his significant other. Hazel shared the engagement news around on her Instagram page soon after. The lavish proposal included a helicopter ride for Renee, to a yacht where their family and friends were waiting.