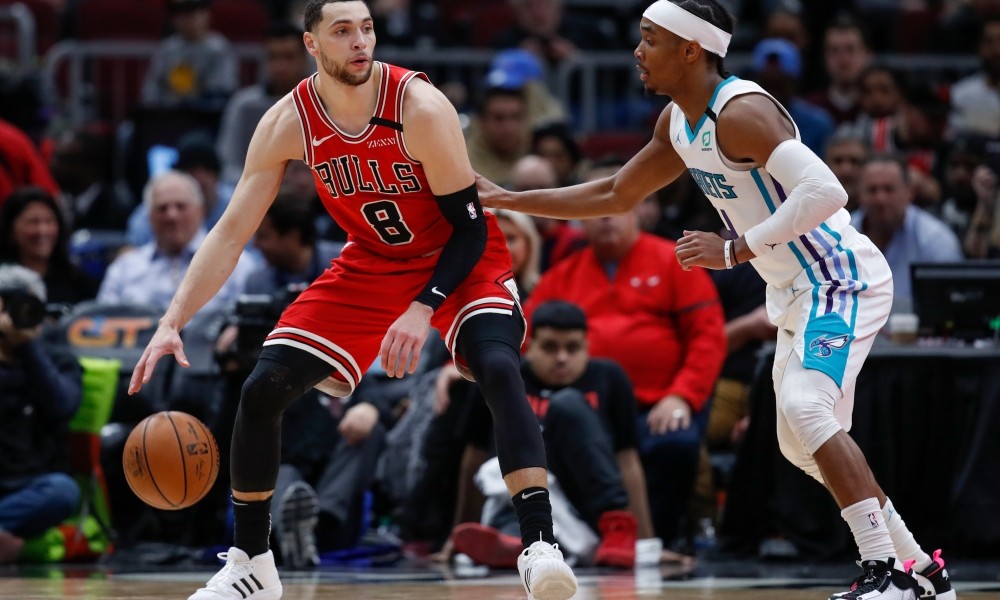 The Chicago Bulls are all set to take on the Charlotte Hornets. The Bulls are coming back from a loss against the Phoenix Suns. The game was a close won with the Suns winning 127-124. The Hornets on the other hand suffered a 15 point loss against the Toronto Raptors.

Both teams will be looking to move back into winning ways. They will lock horns on 10th February and only time will tell who will come out on top

The Hornets are currently 9th seed in the Eastern Conference with a record of 28-27. One of their star players, Gordan Hayward is out indefinitely with a sprained left ankle. The Hornets have had a season with multiple ups and downs. LaMello Ball has also received his first All-Star call-up and will be one of the key players to look forward to in the match against the Bulls. They also have the likes of Miles Bridges who has been a dunk machine for them.

The Bulls are having a tremendous season so far. They might have slipped down to third in the East but are surely looking to rise. They are a star-studded roster with the likes of Lonzo Ball, Zach LaVine, and Alex Caruso. The key player however is none other than the king of the fourth, DeMar DeRozan. He has constantly delivered this season and is sure to bring his all against the Hornets.

The Chicago Bulls are the favorites to win the match against the Hornets. The Bulls may have five players listed as out but everyone knows how menacing Zach and Deebo can get when they catch fire. The Hornets on the other hand have to heavily depend on LaMello Ball to deliver for this. In this case, the experience will get the better of the Hornets.

Lonzo Ball: out due to left knee tear

Patrick William: out due to left wrist injury

Ayo Dosunmu: out due to concussion protocol

Derrick Jones JR: out due to right wrist injury

Marko Simonovic: out due to G-League commitments

Gordon Hayward: out due to left ankle sprain

Jalen McDaniels: out due to left ankle sprain

Cody Martin: out due to soreness in the foot

Arnoldas Kulboka: out due to G-League commitment

Scottie Lewis: out due to G-League commitment

How to watch Chicago Bulls vs Charlotte Hornets?

The Chicago Bulls vs Charlotte Hornets game will be locally broadcast on NBC Sports Chicago.  Fans can also watch the game on the NBA League Pass.