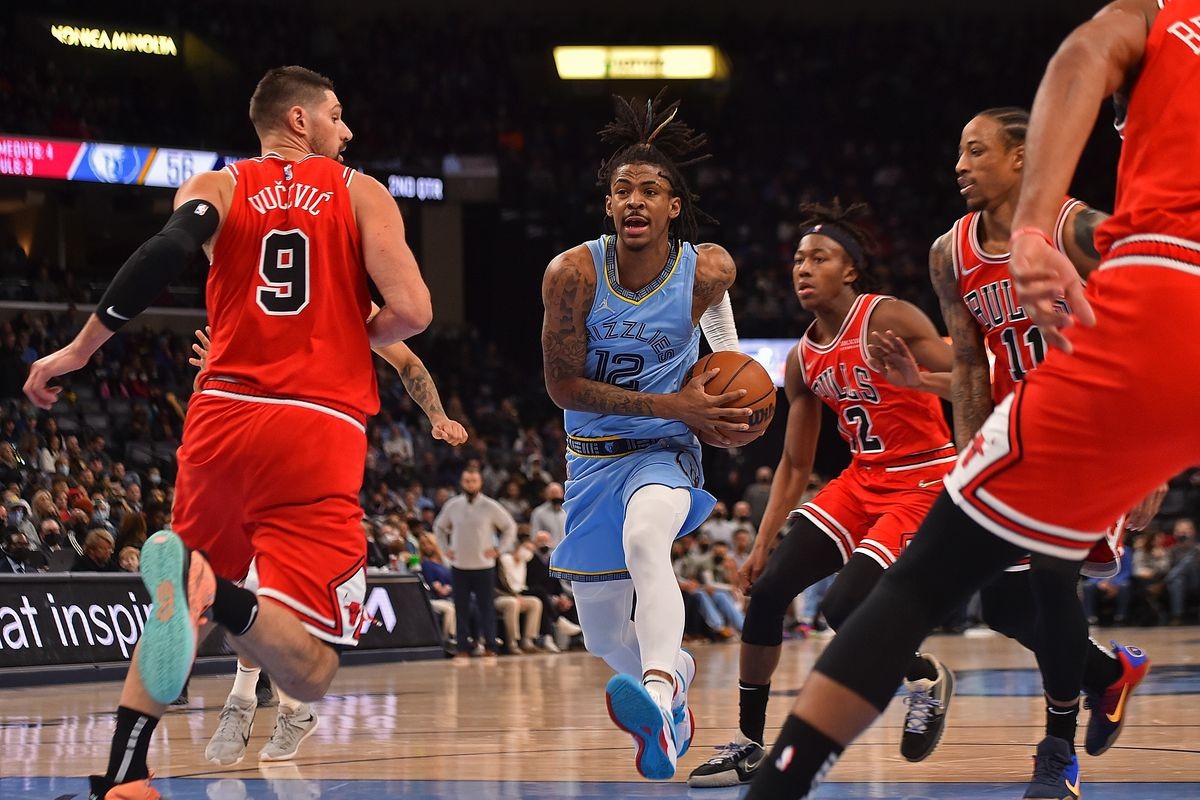 The newest conference powerhouses in the Chicago Bulls and the Memphis Grizzlies will be taking on each other tonight. Both these teams have completely stunned the NBA with how well their teams have been playing. It will also be a game with a couple of the best guards this season.

They’ve played each other just once this season as they are in different conferences. That game happened on 18th January 2022. This is a must-win for both teams trying to push for the number 1 seed in their respective conferences.

Who won the last time these 2 teams played?

As much as we would love teams of their caliber to play continuously, being from different conferences means they play only a couple of times. The last time they played the Memphis Grizzlies beat the Chicago Bulls 119-106.

This Memphis win came from a combined effort from Ja Morant and Desmond Bane. They both put up 25 points each and shot over 50% from the field. The Bulls were shorthanded in the game with no Lavine, Ball, or Caruso to slow down Ja. Also, DeMar DeRozan had a horrific shooting night.

6 out of the 10 players on the Bulls scored in double digits but the effort was not enough to pick up the slack for DeRozan.

The last time these teams faced each other the Bulls were missing Lavine. Also, DeRozan played badly. Fast forward one month and Lavine is back in the lineup and DeRozan is in one of the best record-breaking forms in NBA history.

To worsen the chances for Memphis even more, we saw Ja Morant pick up a weird-looking hip injury against the Timberwolves. He is not sidelined for tonight but it’s common knowledge that he will be restricted. However, that won’t be enough for Memphis to sweep the season series against the hottest team in the East.

The Chicago Bulls are expected to beat the Memphis Grizzlies tonight on account of the ridiculous form DeRozan is in.

How to watch the Chicago Bulls vs the Memphis Grizzlies?

You can watch the Chicago Bulls take on the Memphis Grizzlies on 26th February 2022 at 8:00 PM ET on ESPN. You can also watch the game globally on NBA league pass