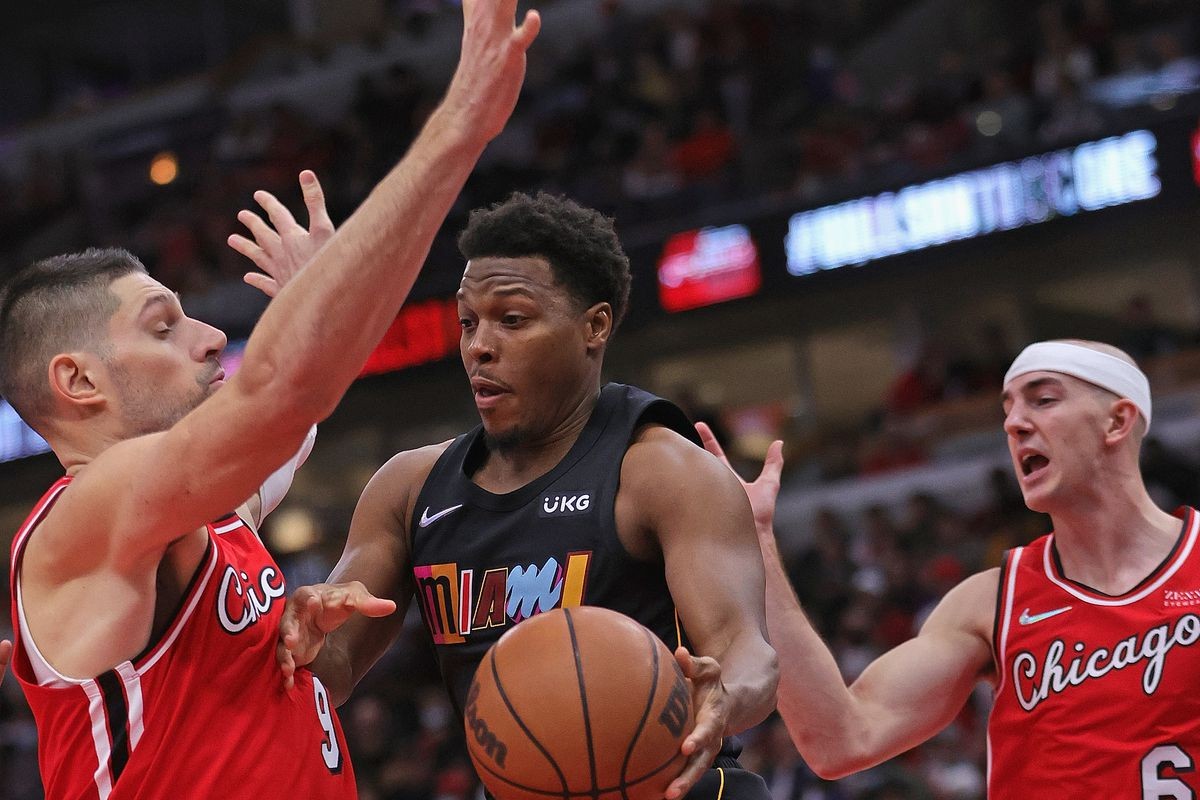 The COVID hit Chicago Bulls take on the Miami Heat at the FTX Arena in Miami. In their last match of the 2021-22 NBA, Miami edged out Chicago 107-104 in the United Center led by Gabe Vincent’s 20 points off the bench.

After an incredible start to the season, Chicago Bulls have been hit a massive blow due to the COVID-19 virus. The Windy City has lost DeMar DeRozan, Javonte Green, Matt Thomas, Derrick Jones, and Coby White to the league’s health and safety protocols right now. In their last 10 games, the Bulls have won six games and lost four as they are scoring 109.0 points, 43.5 rebounds, 24.1 assists, 6.7 steals and 4.7 blocks per game while shooting 47.1% from the field. Defensively, Chicago has allowed 107.8 points.

With many players missing due to the virus, Nikola Vucevic is averaging 15.4 points, 10.6 rebounds, and 3.6 assists for the Bulls. Lonzo Ball is hitting 3.1 3-pointers per game over the last 10 matches for Chicago.

The Miami Heat take on the Bulls after an incredible victory over Milwaukee Bucks as they missed stars like Jimmy Butler and Bam Adebayo. They shot 47% from long range and 52% from the field and did a tremendous job of containing Giannis Antetokounmpo, who posted a mere 15 points. In the last 10 games, Miami has lost six games as they are scoring 102.2 points, 38.6 rebounds, 25.5 assists, 7.3 steals, and 3.7 blocks per game while shooting 45.6% from the field.

Amidst the absence of Jimmy Butler,  Tyler Herro is shooting 44.4% and averaging 20.8 points for the Heat who is having a resurgence this season. Kyle Lowery can be heralded as one of the best offseason pickups with the stats of 13.3 points, 7.8 assists and 4.5 rebounds. Duncan Robinson is also been great for Miami as he is averaging 2.5 made 3-pointers over the last 10 games.

Chicago Bulls are the favourites to win this game against the Miami Heat. Both teams have missing players but the Bulls still have their young core of Zach Lavine, Lonzo Ball and Nikola Vucevic who would want to retaliate after losing to Cleveland.  The Windy City is 1-1 without Demar Derozan. But the Heat are missing All-star and All-NBA player Jimmy Butler who is the focal point of the team. Hence, Chicago will defeat  Miami and will look to consolidate their place in the eastern conference playoff race. In NBA history, Chicago Bulls have won 60 out of their 109 games.

How to watch Chicago Bulls vs Miami Heat?

The game between Chicago Bulls vs Miami Heat will be locally broadcast on NBC Sports Chicago. The game will also be available on the NBA’s League Pass.