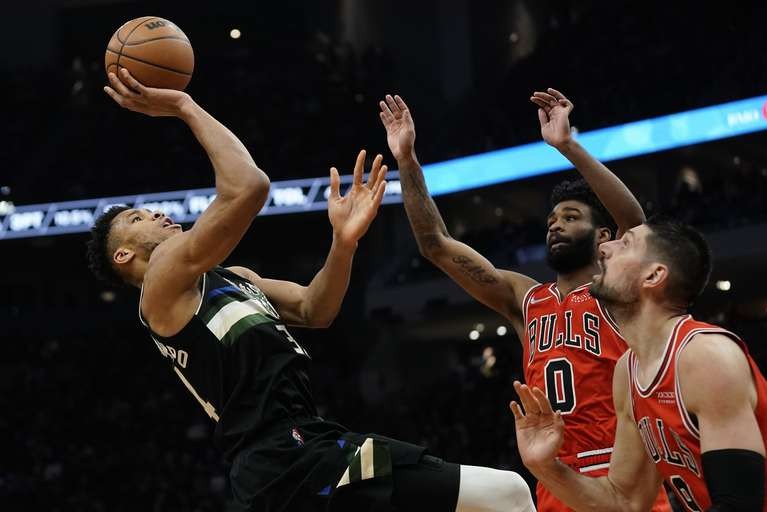 We have an Eastern Conference mega-matchup in the Chicago Bulls–Milwaukee Bucks game tonight. The push for the top playoff spot continues between the top 5 teams in the East. The Bulls and Bucks sit on 3 and 4 respectively, both looking to snatch the number 1 seed from the Heat. The winner of this game, based on how the Sixers game unfolds, could decide who makes the jump to the 2nd seed.

These teams have faced off just once before and look to play 3 more times before the season ends. The last time these teams played was on 22nd January 2022.

The Milwaukee-Bulls game last time out was a defensive slugfest. The final score was 94-90, which in this current era is mental. No team scored more than 26 points in any of the quarters. That was easily reflected in the scoring percentages. The Bulls shot 36% from the field and just 18% from 3 as a team. The Bucks, who shot 38% from the field and 19% from the 3, took the win on those slim margins.

DeMar DeRozan scored 35 points but Giannis one-upped him by scoring 30 points, grabbed 12 rebounds, and took the win. Bobby Portis also had a big double-double and was one of the reasons the Bulls could not get the opportunity to put up second-chance points. The Bulls played that game without Lavine and that loss in scoring made them pay.

The Chicago Bulls did take the L last time out but were not at full strength. They are also on a 3 game losing streak against some of the best teams in the league. Their morale could be the lowest it has been all season and would be exactly what Milwaukee needs to seize the win. The Bulls do not have a suitable matchup for Giannis and cannot outrebound the Buck. This will handicap them massively for tonight.

That’s why the Milwaukee Bucks should beat the struggling Chicago Bulls.

How to watch the Chicago Bulls vs the Milwaukee Bucks?

You can watch the Chicago Bulls play the Milwaukee Bucks on 4th March 2022 at 7:30 PM ET on FuboTV. You can also watch the game globally on NBA league pass.