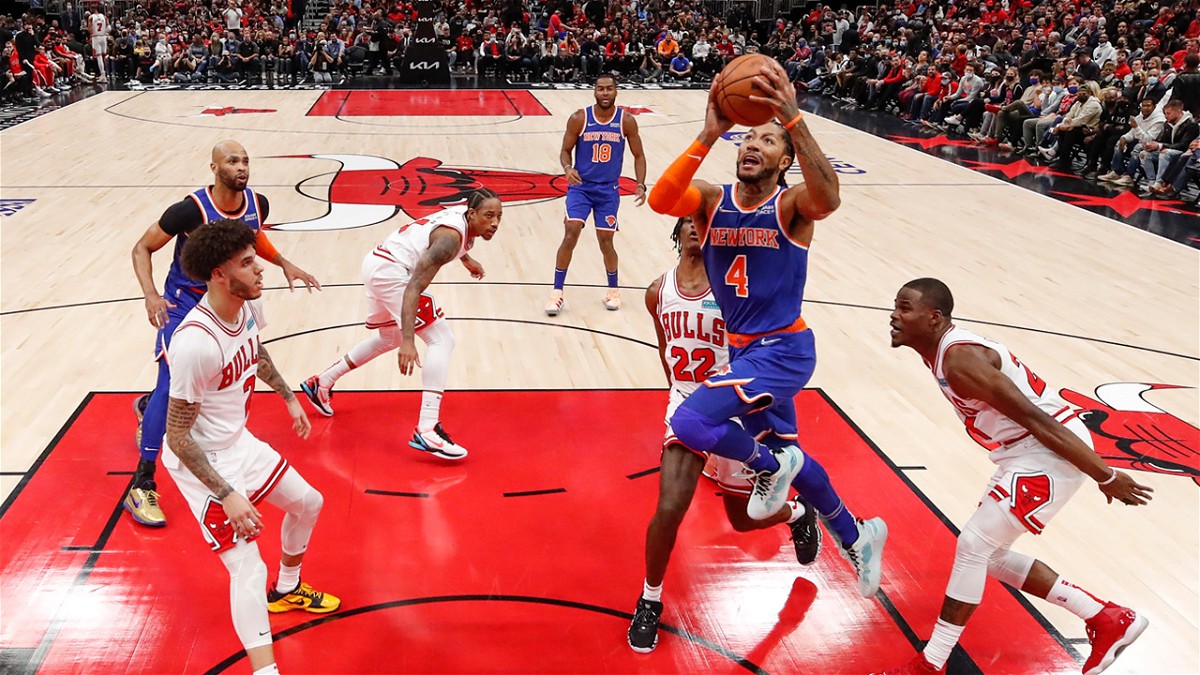 Chicago Bulls maintained their dominance in the Eastern Conference with some exceptional losses. The Chicago Bulls will host the New York Knicks in their 2nd match of the season.

Chicago Bulls stars have been very consistent with their performances. Zach LaVine – still Bull’s own Star, has found a perfect scoring partner in DeMar DeRozan. Both shooters combine for nearly 50% of the points for the team. Ex-Lakers duo Caruso and Lonzo Ball are performing exceptionally in Bulls colours.

Billy Donovan is a happy coach, pleasing his team’s offensive flair. The team just needs to close out games as fast as possible so that the bench will also get some more playing time.

The scoring tag-team of Zach and DeMar led the way in our Friday win against Denver.

New York Knicks fans will be pleased with the team’s performances so far. The Knicks are 5th in the East with a 9-5 record. Their front office has shown trust in Julius Randle giving him a 4-year 117 million extension. Randle has continued his last season’s playoff form, leading the team with 19.8 points, 10 rebounds, and 5.1 assists per game.

RJ Barret drafted in 2019, has improved a lot. Veteran support of Derrick Rose, Taj Gibson, and Kemba Walker have given New York a needed experience in clutch plays. Rose in his second spell with the Knicks has also played well and single-handedly carried some of the games for them.

New York Knicks have improved a lot and look like a much better team offensively this season. But defensively, they have allowed 3 more points than the previous one. Knicks also improved their blocking with the centers performing their duties around the rim.

Chicago has a team that is highly capable of reading the game. They managed to disrupt the opponent’s offence with cheeky steals and forced turnovers. Chicago has a +5.2 point difference, while the Knicks barely crossed the 0 mark this season.

RJ Barret and Kemba Walker gave 1 point victory to the Knicks last time these 2 sides met. Bulls’ late 4th quarter run couldn’t overcome a 13 point deficit and conceded their 1st loss of the season. The Bulls have collected victory against stronger title contenders with their team performances. The Bulls are very well capable of defeating New York in a bid to tie season series 1-1.

How to watch Chicago Bulls vs New York Knicks?

Chicago Bulls vs New York Knicks match will take place at the United Center. The stadium is prepared to accept fans at full capacity. International viewers can access the game on NBA League Pass. NBC Sports Chicago will be the local broadcaster for the Bulls.