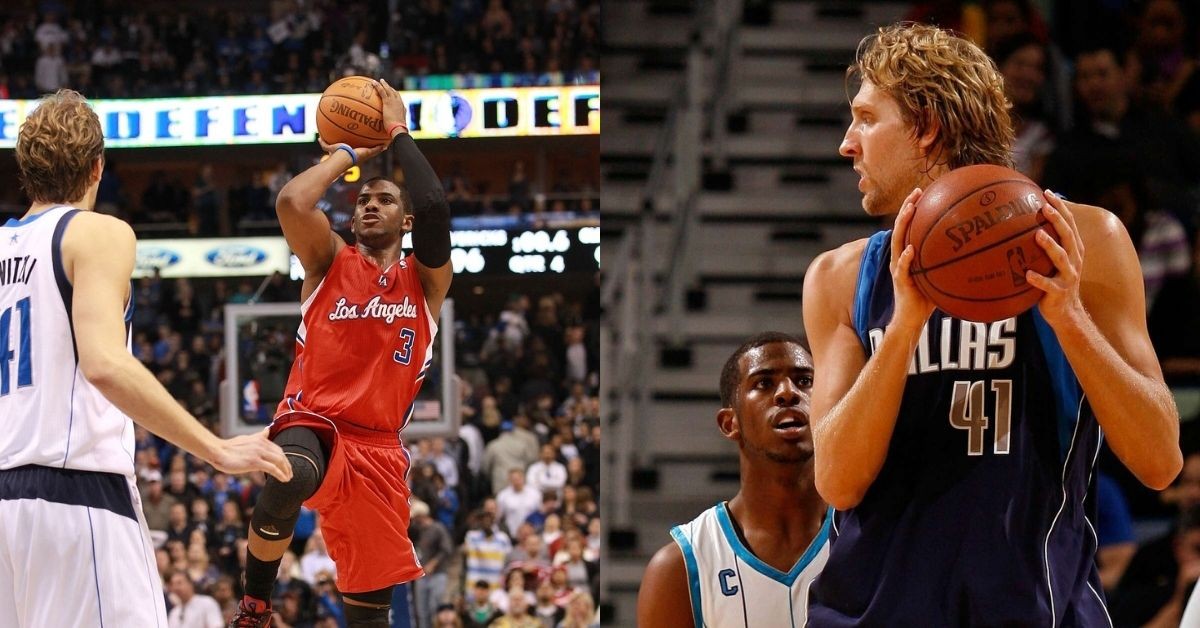 Paul’s Phoenix Suns had the best record in the regular season. With 64 wins they broke a franchise record. However, the wins have not been coming easy for them in the playoff. They are currently playing the Dallas Mavericks in the conference semi-finals with the series 3-3 at the moment. Game 7 is a do-or-die situation and losing that will cause great embarrassment for the Suns.

Dirk Nowitzki came into the league in the 1998-99 NBA season. He was drafted by the Mavericks 9th overall and spent 21 seasons with the Dallas Mavericks. Dirk revived a dying franchise and gave them their first NBA title and MVP.

Nowitzki currently sits 16th on the NBA all-time scoring list and is 7th all-time in total free throws made. He finished his career with an 88% free throw shooting percentage. To say that he was the greatest big-man shooter in the league would not be an understatement.

“Around then I was 16 years old…I loved everything, Dirk…I used to turn my feet in on my free throws. Remember when Dirk used to shoot free throws like that? I used to do that for a little while, just so I could shoot like Dirk.”

In those 42 games, Chris Paul averaged 20 points, 8.8 assists, and 4.6 rebounds on 89% from the free-throw line. Whereas Dirk averaged 19.7 points, 6.7 rebounds, and 2 assists on 84% shooting from the charity strike. Paul could go on to win his first title this season but in the long haul, these 2 players match up well.

Can Chris Paul rally his Suns in game 7 to get back to the conference finals? Or will he continue his career without the taste of an NBA championship?