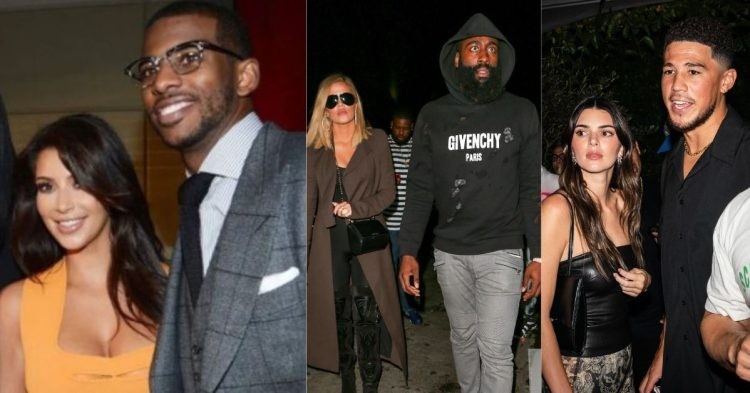 The Chris Paul-Kim Kardashian saga has taken the NBA by storm. No one expected that news about the Phoenix Suns star’s relationship with Kim will come to light. For those who wish to know, Kim’s ex-husband, Kanye West, accused Paul of having an affair with his ex-wife. This started a whole new frenzy in the world.

Chris Paul becomes the latest victim of the “Kardashian Curse”

After Ye’s shocking accusations, it looks like Paul has become the latest victim of the curse. There has been no official confirmation from Kim and Paul. However, the fact that the NBA star has remained silent has raised eyebrows. If we take into account the Kardashian curse, Paul hasn’t been able to win an NBA title despite being in the league for so long, because of his relationship with Kim.

However, Ye’s accusations could prove to be false as well. An insider from Kim’s side has recently disclosed that the rumors of the affair are false. Apart from Chris Paul, his Suns teammate Devin Booker is also a victim of the Kardashian curse. The entire world knows that he had been dating Kendall Jenner for quite some time now.

However, the shocking detail is that the pair broke up secretly in November, according to reports. Although Kendall isn’t exactly a Kardashian, it does make sense to include her, since she is their sister as well. Just like Paul, DBook has also never won an NBA title. Both Paul and Booker reached the NBA Finals in 2021 with the Phoenix Suns, but fell short to the Milwaukee Bucks.

James Harden is also on the list, unfortunately for him. For those who don’t know, “The Beard” dated Khloe Kardashian in 2015. He reportedly met Khloe at the one and only Kanye‘s party. It seems like the pair hit it off from that point as they were seen together more often after that. However, the list doesn’t end there. Apart from these three players, Tristan Thompson was also involved with a Kardashian.

It is none other than Khloe once again. She met Tristan in 2016 when he was playing for the Cleveland Cavaliers. He won an NBA title with the Cavs as well. But the curse became a thing just a while after. It looks like Khloe and Tristan split up after she learned of his affair with another woman. From then on, Tristan’s NBA career went downhill. But it would be safe to claim that he was the reason for his own downfall.

Interestingly, the list doesn’t end there as well. Blake Griffin, Lamar Odom, Rashad McCants, Kris Humphries, Jordan Clarkson, and Ben Simmons are all other NBA names to have been in a relationship with the Kardashian family.