NBA Coach Salary: Here’s What the Top 5 Coaches in the NBA Earn

With an increasing number of superteams in the NBA, the job of a coach is becoming tougher and tougher each day. While some big stars adjust well making it easy for the coach to concentrate on the playbook, others consume their time in locker-room drama. Some coaches do a better job of handling all these things and are compensated accordingly with hefty salaries.

Coaches are the unsung heroes of a team’s success. A great player may or may not take his mediocre team to the finals, however, a great coach can do so. Nick Nurse with the Toronto Raptors in 2019, Eric Spoelstra with the Miami Heat in 2020, and Rick Carlisle with Dallas Mavericks in 2011 are living examples of this. Gregg Popovich and Phil Jackson are regarded as the greatest coaches in NBA history. Phil Jackson led the Chicago Bulls and LA Lakers in their three-peat several times.

Greg Popovich led the San Antonio Spurs to the playoffs 22 years in a row. Steve Kerr managed to coach perhaps the greatest assembly of superstars from 2016-19.

Their salary is determined by the franchise’ cap space and projected wins. On average NBA head coaches earn about 2-3 million per year with the top ones earning well above the average. Here’s the salary of the top 5 coaches in NBA currently. 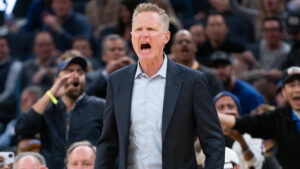 Steve Kerr took over the Golden State Warriors at the brink of their success before their championship season in 2014. Kerr perfectly executed the team that Mark Jackson put in place and nurtured for years. Golden State Warriors won 3 rings with Steve, however, faced the most humiliating loss to Cleveland Cavaliers in 2016 in NBA history. He signed an extension with the organisation in 2019 and is expected to coach the Warriors for at least two seasons in the Chase centre. Even though the Warriors are not looking great right now, they don’t give up on their staff so easily as is seen throughout the years. 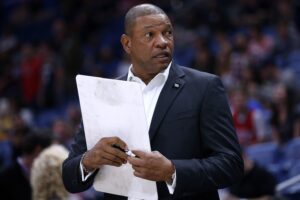 Doc Rivers has had a bumpy career so far. He’s known to blow most number of 3-1 leads during his time with the Boston Celtics, LA Clippers, and Orlando Magic. He was fired by the Clippers in the postseason due to the disastrous loss to the Denver Nuggets in the second round of playoffs. He was then hired by the Philadelphia 76ers for four years but at a salary lower than what the Clippers were giving him. The Sixers are now the top seed in the eastern conference are a legitimate contender for the title this season. 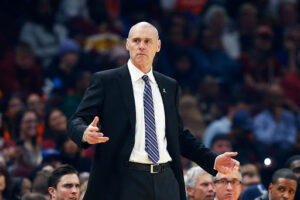 Rick Carlisle is one of the longest-serving coach in the NBA after Gregg Popovich. He took over the Dallas Mavericks in 2008 after they lost to the 8th seeded Golden State Warriors in the first round of playoffs. He worked tirelessly with the team to bring them their first championship with Dirk Nowitzki in 2011 against the same team Mavs lost to 6 years ago. The 2011 championship run is considered one of the greatest underdog story in NBA history. He is currently coaching a young Mavs team with Luka Doncic as the face of the franchise. 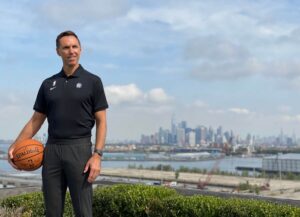 Steve Nash signed a four year deal with the Brooklyn Nets in 2020 as the head coach. He was considered to be the perfect fit for Kevin Durant and Kyrie Irving. He now has the greatest team in the NBA with 3 of the top 10 players on his roster and the recent addition of Blake Griffin. Although this team doesn’t require much coaching, he is one of the top paid coach in the NBA. 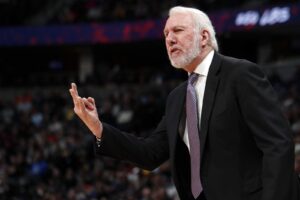 Gregg Popovich is arguably the best coach in the league right now. Even though they missed the playoffs for the first time last year in 23 years they look better than ever this season. The Santonio Spurs are 7th in the western conference and on pace to make it to the playoffs. In addition to DeMar DeRozan, the credit goes to coach pop. He led the Spurs to 5 championships with Tim Duncan, Tony Paker, and Manu Ginobili. He made it to the playoffs with lottery teams after their retirement. And for these reasons, he is the highest-paid coach in the NBA.

Also Read: Here’s What Joel Embiid Had to Say About Last-Minute Rule Out from the All-Star Game