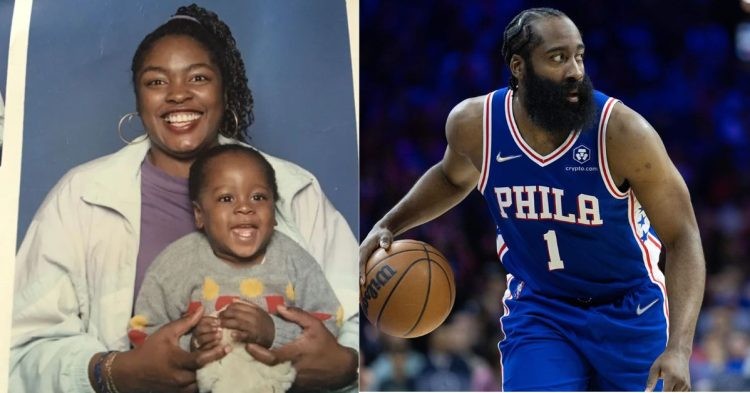 James Harden is considered one of the most talented scorers in the modern NBA. He is the pioneer of the step-back three-pointer, a move that several NBA players use today. The Beard is now a veteran in the league and has been playing for 14 years now. His mother’s name is Monja Willis and she has been a significant part of her son’s life from the very beginning. After all, a mother’s love and support are somewhat fundamental for the success of her children.

Happy Birthday to my Mom Dukes! My rock, my life, my everything.. I appreciate you to the fullest. I… http://t.co/TX3ZVGQMVD

Harden wrote a letter to his mom at a very young age, even before he developed into a full-fledged basketball player. The contents of the letter speak to his mindset from the very beginning and represent how far he has come. It is important to know what he said to his mother and whether he managed to keep true to his own words.

James and his mother Monja are very close. Not many people know that she initially moved to whichever city  Harden was playing for at the time. First the Oklahoma City Thunder, then the Houston Rockets. Her moving to Oklahoma and Houston speaks to how much she is willing to sacrifice in order to be with her son.

Reports say that James was only 12 years old when he wrote the letter to her. At the time he was extremely motivated to train and become a better basketball player. Therefore, he began by asking her to wake him up at 1 AM so that he could get an early start on the day. Harden also asked for a few dollars. It is unclear what they are for, probably for some energy drinks, snacks, or travel expenses.

His family was not well off at the time. Even a few dollars was nothing to be taken lightly. He concluded the letter by telling his mother to keep the paper he wrote it in, as he was going to be a star. Perhaps, this was a child’s way of reassuring his mother that he was worth the expense.

Harden is one of the few people who made a bold prediction for his life and has seen it through. There are people in this world too scared to even voice out their own dreams. James delivering on his promise and achieving his dream is a testament to the power of determination and belief.