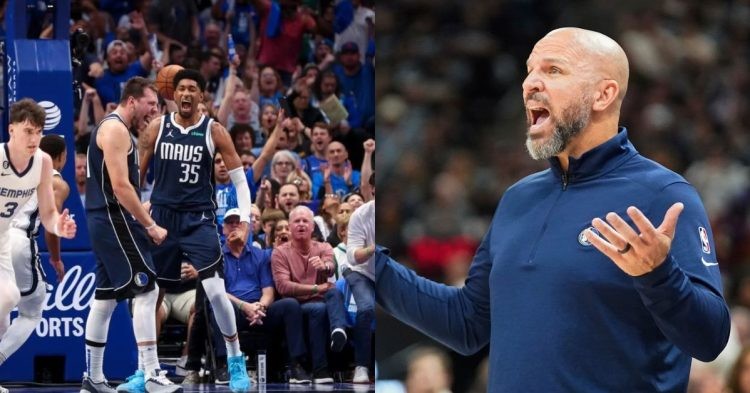 Ever since Luka Doncic came into the league, the Dallas Mavericks have been contenders in the NBA. He is an unreal talent in terms of basketball IQ and scoring ability. Baby Bird managed to carry the Mavs all the way to the Western Conference finals this season. That is the furthest he has gone in the NBA postseason in his young career.

With that being said, every year that goes by Luka will be getting stronger and entering his “prime“. After all, he is only 23 years old and has room for further development. One should wonder what the Mavericks have planned for this season in terms of their roster, coaching staff, and more.

Kawhi Leonard, Paul George, and the Los Angeles Clippers always got the better of the Mavs in the NBA postseason and stopped Luka in the first round. However, now that he has broken through, Dallas knows it has a clear-cut window of opportunity to win an NBA title.

Thus, they made the decision to sign Christian Wood, a center from the Houston Rockets. Wood is definitely a good big man and is now finally on a contending team. However, the Mavericks do not have Jalen Brunson for this season. He was an instrumental player for them last season and the second-best player on the team during several stretches. Brunson is now a New York Knick and it will fall on the rest of Wood and the rest of the squad to fill in for him. With that being said, here is an idea of what the roster for the Dallas Mavericks could be for this season.

It is important to remember that this is only a potential idea of what the roster could look like. Injuries and decline in play can always cause a change to it and there are still more than 75 games for teams to play this season. It will inevitably be the coach’s decision on how the playing minutes will be distributed.

In the NBA, the coach bears just as much responsibility for the loss as the players, if not more. This makes sense considering he can call timeouts and make substitutions based on the flow of the game. Those factors influence the game just as much as the players.

The Dallas Mavericks were initially coached by Rick Carlisle. However, he quit last season and went on to coach the Indiana Pacers. Several NBA analysts concluded that was because Rick felt Luka was uncoachable and wanted a change.

Jason Kidd, a former player was given the chance to become the coach for the Mavericks. He seized it and instantly the Mavs got relatively better. Kidd knows what talent he has on his team with Luka. The addition of Wood means they can play a pick and roll, along with several other plays a guard and a big man can coordinate.

It will be Jason Kidd’s decision on when to play them and when to go on a different route. He has already set the bar high for himself by making the WCF in his first year as a coach.
Tags: Dallas MavericksLuka DoncicNBA
Previous Post