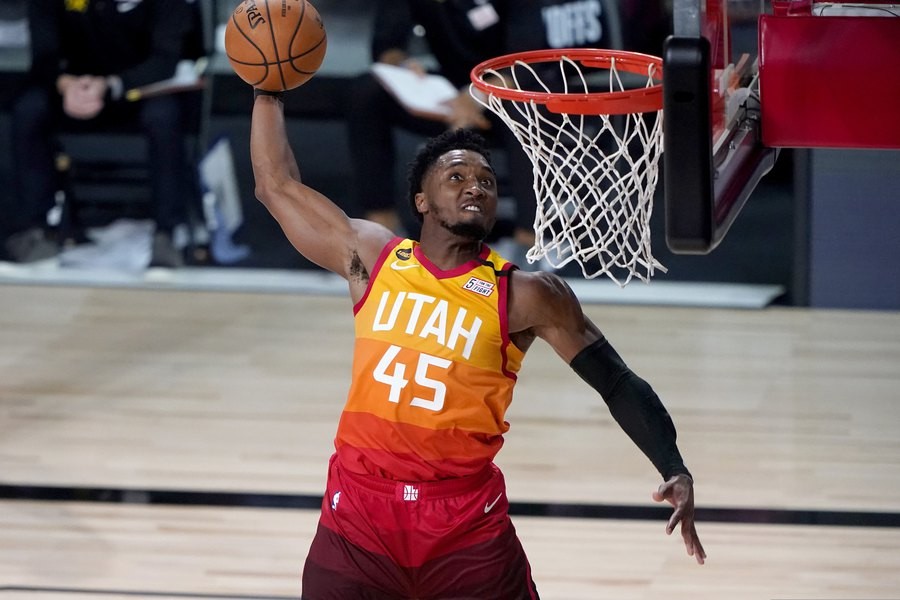 The Utah Jazz will host the Dallas Mavericks on Christmas for the first time in the 2021-22 NBA season at the Vivint Arena, Salt Lake City. The Jazz enters this matchup on a two-game winning streak.

The Utah Jazz has been an incredible team in the 2021-22 NBA season. Utah is third in the western conference with a record of 22 wins and nine losses. The Jazz has the best offence in the NBA that is scoring 115.8 points per game, while their defence is 8th in the league as it allows 105.3 points to the rivals. The Jazz leads the league in field goal percentage with 47.8%, three-pointers made with 15.7 3-pointers per game.

In their last game, Utah Jazz had an incredible victory as Donovan Mitchell led with 28 points, team-high seven assists, and five rebounds. Spida also leads the Jazz in scoring as he averaging 25 points per game this season. Rudy Gobert has been leading Utah in blocks and rebounds with 2.3 blocks and 15.1 rebounds.

The Dallas Mavericks have been mediocre at best in the 2021-22 NBA season. The team has been hit by the league’s health and safety protocols as they are missing their star player in Luka Doncic. Without the Luka Magic, the Mavericks have a record of 3-7. Dallas has the 27th offence in the NBA that is scoring 104.4 points per game, while their defence is 5th in the league as it allows 104.6 points to the rivals.

Luka Doncic has led the Mavericks as he is averaging 25.6 points, 8.0 rebounds and 8.5 assists. But in his absence, Kristapas Porizingas has been picked with 19.4 points and 9.4 rebounds. But the biggest surprise for Dallas has been Jalen Brunson who is putting up 17.0 points, 3.7 rebounds and 6.4 assists in the last ten games.

The Utah Jazz is clear favorites to win this game against the Dallas Mavericks. Utah has a great home record of 12 wins and six losses. As mentioned earlier, Dallas has a record of 3-7 which gives the Jazz a clear advantage. Utah also dominates the Mavericks in almost every statistic as the best offence and the seventh-best defense in the league, in comparison to Dallas who have the third-worst offence and fifth-ranked defence in the league. Hence Utah Jazz will win this game against Dallas Mavericks.

How to watch Dallas Mavericks vs Utah Jazz?

ESPN will cover the game on national TV. Local coverage of the matchup is available via AT&T SportsNetwork. Fans can also stream the game on NBA League Pass.