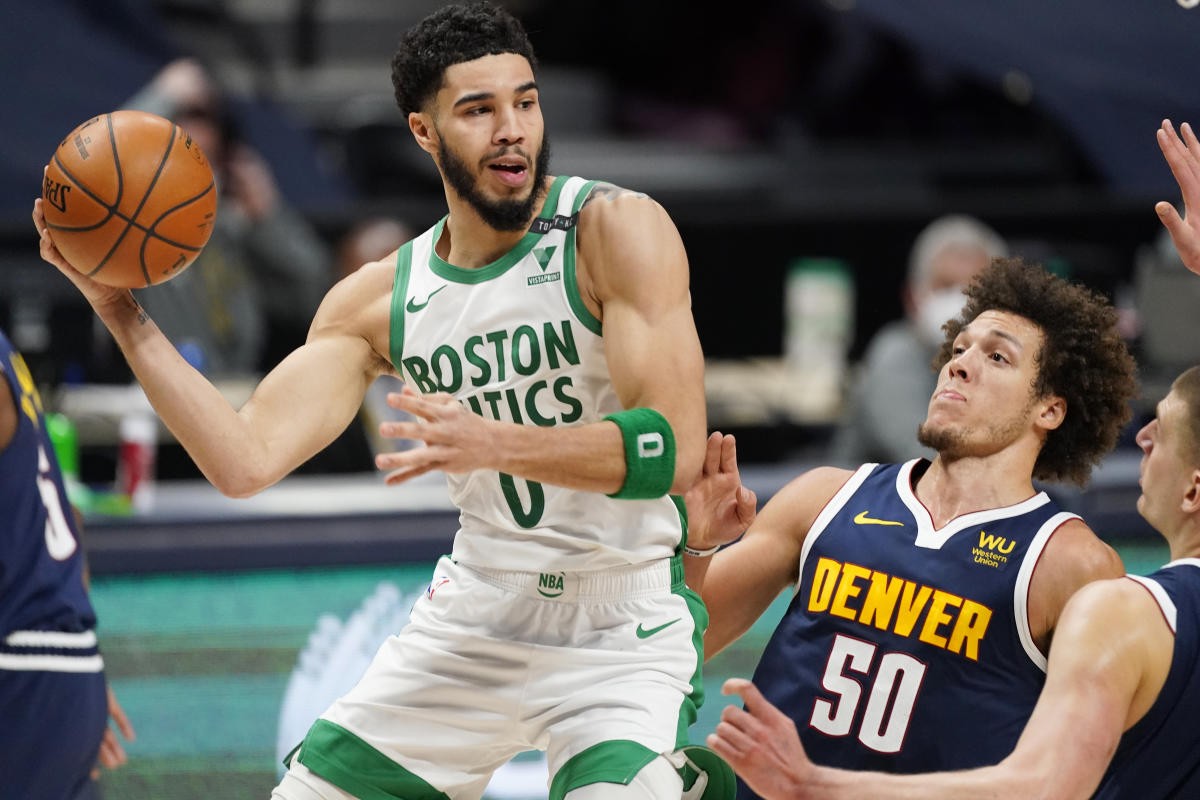 The Denver Nuggets will travel to the TD Garden as they take on the Boston Celtics for the first time in the 2021-22 NBA season. Both teams enter this game on a winning streak as the Nuggets have won two consecutive games. Where the Celtics are on a six-game winning streak.

The injury-hit Denver Nuggets have managed to remain in the top half of the western conference. The Nuggets have a record of 30 wins and 24 losses and are currently sixth. They defeated the Nets and Knicks in their last two games. Denver has a record of 7-3 in the last ten games while averaging 118.3 points, 44.5 rebounds, 29.0 assists, 7.3 steals and 2.9 blocks per game while shooting 49.9% from the field. Defensively they have allowed 110.9 points.

Last night was another special one???? pic.twitter.com/0UBWauBnMp

Nikola Jokic is going head to head against Joel Embiid for the MVP title as he is averaging 25.8 points, 13.6 rebounds and 7.9 assists for the Nuggets. As Denver has been hit by many injuries Will Barton has been a key scorer with his 16.9 points over the last 10 games for Denver.

After a sub-par start to their season, the Boston Celtics have been a top team in the eastern conference. The Celts are currently seventh in the east with a record of 31 wins and 25 losses. In the last ten games, they have won eight games while putting up 112.7 points, 50.9 rebounds, 26.8 assists, 6.6 steals and 6.5 blocks per game while shooting 47.6% from the field. Boston has allowed 94.2 points per game as one of the best defences in recent games.

The duo of Jason Tatum and Jaylen Brown has been the best players for Boston. Tatum is scoring 25.5 points per game and averaging 8.4 rebounds as he was named as an All-star starter for Team KD. Jaylen Brown is making 2.3 3-pointers for Boston while scoring 23.2 points over the last 10 games.

The Denver Nuggets and the Boston Celtics have been playing great basketball in the recent few games. But the Celtics are the favorites to win this game. They have held their opponents to 38% from the field and 29% from behind the arc. On the contrary, Denver has an injury-riddled team and have lacked consistency and are heavily dependent on the Joker. Hence with a better roster, Boston Celtics will most likely win this game.

How to watch Denver Nuggets vs Boston Celtics?

The game between the Denver Nuggets and Boston Celtics will be locally broadcast on Altitude Sports and NBC Sports Boston. Fans can also catch the game on NBA League Pass platform.