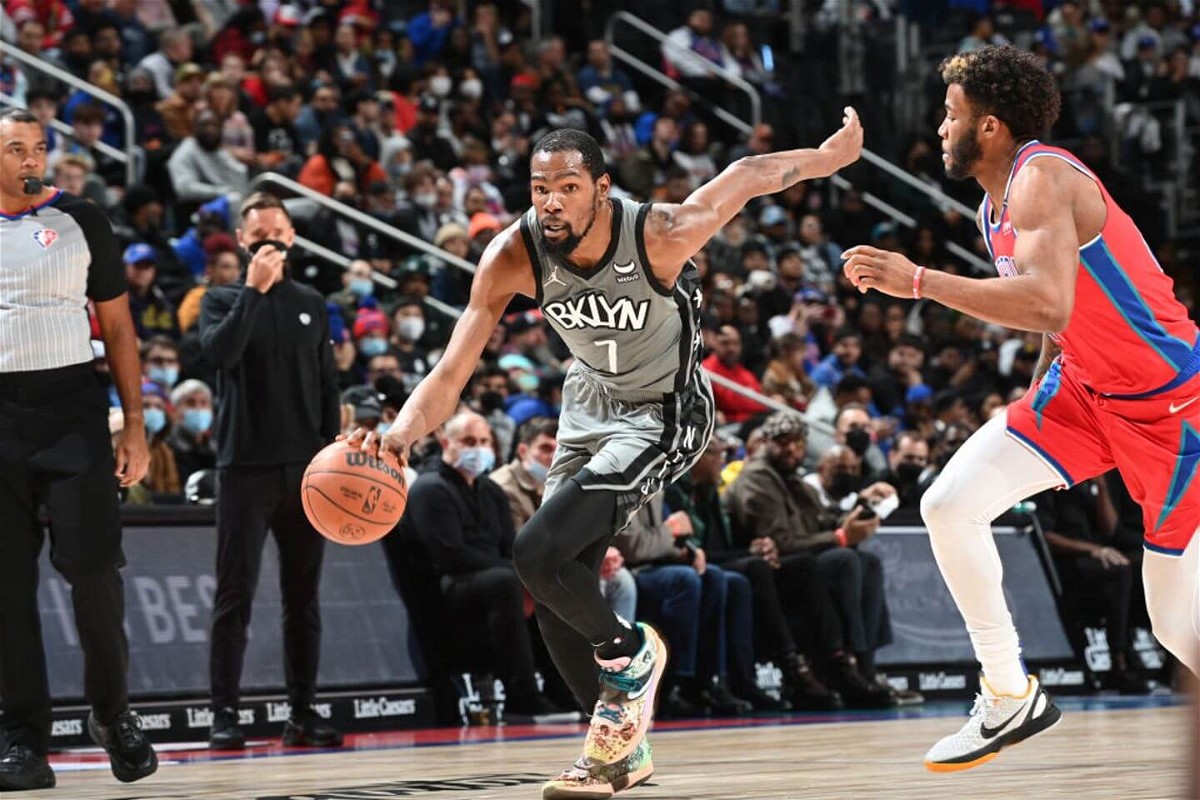 The Brooklyn Nets host the bottom-languishing Detroit Pistons at the Barclays Center in a low-stakes game. The Nets are enjoying their best run of form since Kevin Durant’s injury. They have won 7 games of their last 10, and have successfully avoided the drop below Play-In positions. As improbable as that sounds, the situation was not far from that for the Nets in Durant’s absence.

On the other hand, the Pistons have lost 8 times in their last 10 games and remain woeful.

It was an all Kevin Durant show the last time these 2 teams met at the Little Caesars Arena. The 2-time Finals MVP scored a season-high 51 points at 51.6% shooting. He also had 9 assists and 7 rebounds to cap off a brilliant game. Patty Mills orchestrated the offense from the point guard position as he scored 18 points and 5 assists.

Cade Cunningham went toe-to-toe with the established Nets stars. He scored 26 points, collected 8 rebounds, and had 6 assists in a very impressive game for the number 1 pick. His only scoring help was Frank Jackson with 25 points. Saben Lee also had a strong all-around game, scoring 17 points and 6 rebounds, and assists each. But the Pistons lost to the Nets by a significant margin, 116-104.

The Pistons have the worst away record of anyone in the league, having won only 8 times on the road. Their season is all but done and it is only a case of seeing it out as soon as possible for them. The Nets however are revitalized after getting clearance for Kyrie Irving to play at home. And although a guaranteed playoff spot is a stretch, they can try to secure the highest Play-In seed.

The Brooklyn Nets will defeat the Detroit Pistons comfortably.

How to watch the Brooklyn  Nets vs Detroit Pistons?

You can watch the Brooklyn  Nets vs Detroit Pistons on Bally Sports Detroit. Fans can also stream the game through NBA League Pass from anywhere in the world. For play-by-play commentary, you can tune in to 97.1 FM The Ticket on the radio.