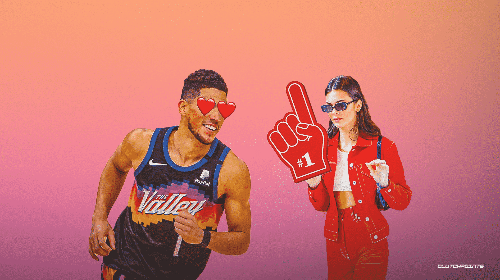 Devin Booker is the star shooting guard for the Phoenix Suns. The 2021 NBA Finals have the Phoenix Suns taking on the Milwaukee Bucks. This Devin Booker’s first time in the NBA Finals and he has not only his teammates support but also the entire Phoenix Suns arena cheering him on. He also received a huge amount of support from his girlfriend, Kendall Jenner. Booker has been exceptional this postseason. He is averaging 27 points, 6.4 rebounds and 4.8 assists per game.

Kendall Jenner Cosplayed A Basketball To Show Her Support For Beau, Devin Booker

Kendall Jenner pulled up to watch game 1 of the NBA Finals 2021. She came through in style. The model had cosplayed a basketball to show her support for her man Devin Booker. She flaunted orange slacks with a matching orange purse and orange pumps. It was evident that she was there to go all out in cheering for her beau. She took to Instagram to flaunt the outfit and even included a basketball emoji in the post.

Also Read: Torrey Craig Became An NBA Champion Even Before Game 1 Tipped Off. How Did That Happen?

The model also took to Instagram to post a picture with just five words to show her support. the story read,

“I’m not emotional, you are” 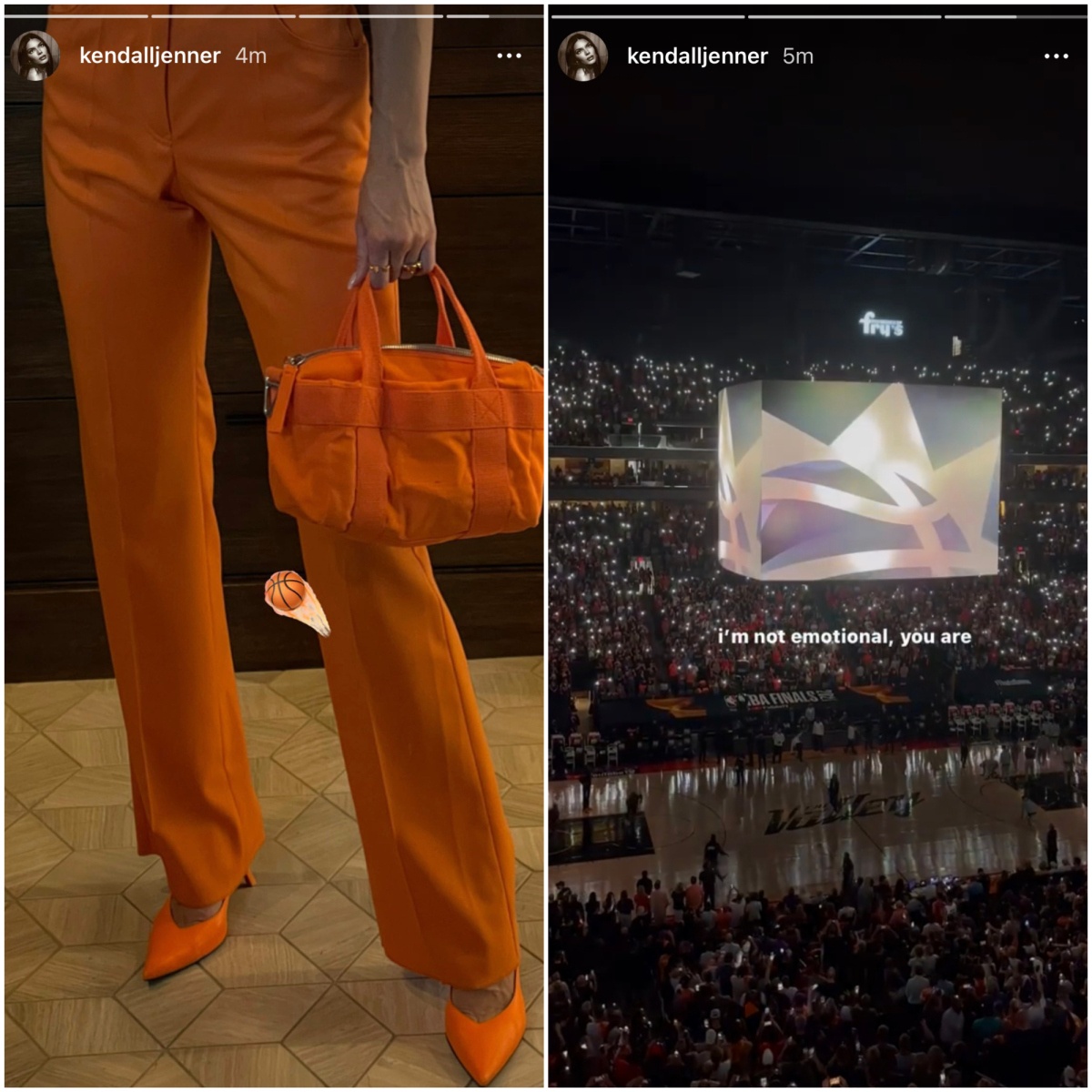 Kendall Jenner And Devin Booker Are Getting Serious

Devin Booker might be fighting on the court to get himself a ring but that is not the only ring Devin Booker has in mind. The star couple has become closer and their relationship is only growing stronger. Kendall Jenner has spoken about how basketball players are her type but she is also a genuine fan of the sport.

I’m not ashamed that I have a type and I’m also a genuine basketball fan. I feel like it’s always worked better for me that way, and no offense to my older sisters at all, but I think like Kylie and I specifically have had the opportunity to watch my older sisters go through marriages and relationships and breakups and all these things and do it pretty publicly. I think it makes my life a lot easier and our relationship a lot better to be completely honest. I just feel like it’s a private matter and not for anyone to judge or know

A source close to the couple also spoke to the media stating that Devin Booker is extremely serious about Kendall. He knows that she is the one and is also looking to pop the question in the near future. The source also spoke about how Kendall’s family completely approve of the relationship.

The pair have become very serious lately, talking about their futures, about spending more time together and even how they would like to be young parents. There’s really no rush, but they do keep talking about next steps. He’s a little shy at times, but he fits in perfectly. He’s sweet, he’s funny, he’s a gentleman and all-around a great guy. He’s become a member of the family.

Devin Booker and the Phoenix Suns are on pace to win the 2021-22 NBA Championship with a 2-0 lead over Milwaukee Bucks after Game 2.