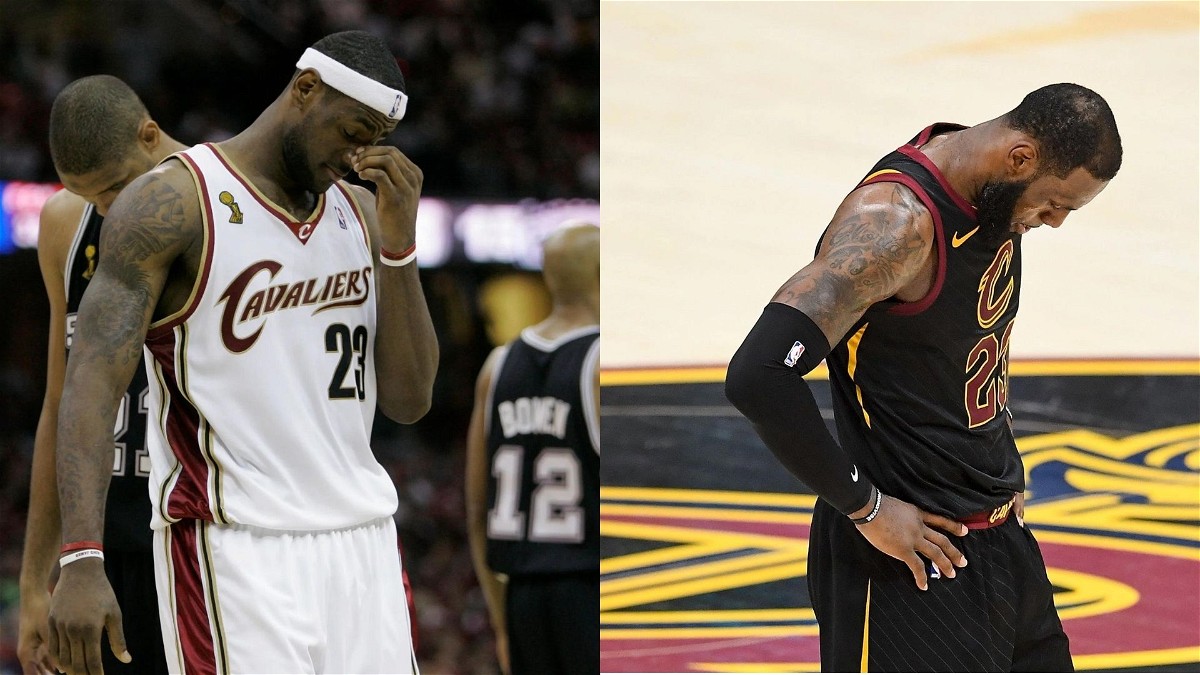 LeBron James is one of the top 3 greatest players of all time. He is the King of the NBA and rightfully so. In his 18 seasons in the NBA, he’s only gotten better. And even at the age of 37, he’s breaking records daily. LeBron has stood the test of time and won everything under the sun. But even the greatest player of an entire generation has his lows.

LeBron’s teams have missed the playoffs but it’s not as embarrassing as getting swept. The King has been a victim of this embarrassment but how many times?

How many times has LeBron James been swept?

But LeBron James is a completely different player. He’s never been bounced from the first round until last season. And even then he grabbed 2 wins on the way out. James had one of the longest streaks of Finals appearances. From the 2010-11 season to the 2017-18 season, LeBron James made the finals in each season. And also lost a lot of them.

The only times LeBron James has been swept in the NBA finals, twice.

In the 2006-07 season, LeBron James was just in his 4th season at the age of 22. That was only the 2nd playoff appearance for the young king as well. And in that postseason, the Cleveland Cavaliers were willed by James into the NBA finals.

The team was utterly dreadful. LeBron’s 2nd best player on the team was Larry Hughes. Larry was a good defensive player in his time but not even close to being good enough as the 2nd option on any championship team.

Cleveland played San Antonio, a team filled with well-established stars and a championship pedigree. A complete mismatch in everyone’s eyes led to the Spurs handing LeBron his first sweep on the biggest stage possible.

LeBron went on to learn from this and also beat the Spurs when he played for the Heat. After Heat, he went back to Cleveland and played the Warriors 4 finals in a row. In the beginning, it was competitive. The first 2 NBA finals were some legendary showcases of this rivalry.

However, when KD joined the Warriors in 2016 all the balance was shifted. LeBron and the Cavaliers lost the 2016-17 finals in 5 games. That pushed Kyrie out of Cleveland, leaving LeBron with just Kevin Love for the 2017-18 NBA finals. In that series, James averages 34 points, 10 assists and 8.5 rebounds. However, all of that was in vain because KD, Steph, Klay, and Draymond swept the lonely King.

Those were 2 times that LeBron James was swept and so far, that has remained the case. Were these moments the most embarrassing in LeBron’s career?