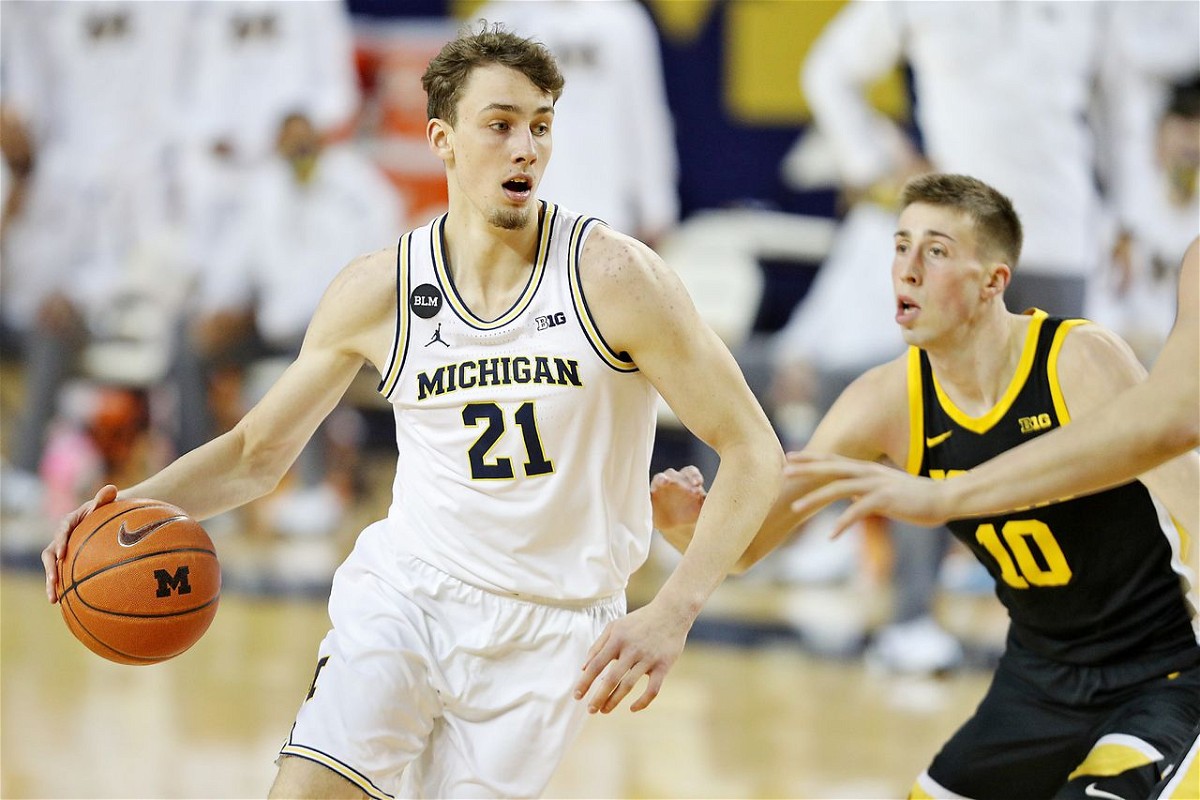 Franz Wagner is one of the prospects for the 2021 NBA Draft. Stephen Curry, Klay Thompson, and the Golden State Warriors are one of the teams with an earlier draft pick. This is because they did not make the postseason since 2019. Injuries have wreaked havoc in the Golden State Dynasty following the departure of Kevin Durant. Franz Wagner is a 6’9, 220 lbs small forward. He is from Germany and played for the Michigan Wolverines. The exact details concerning what this draft prospect suggested to Curry and the warriors are given below

Also Read:2021 NBA Draft: How to Watch and Whom to Look Out For?

What did Franz Wagner say with context to joining the Golden State Warriors?

Franz was asked which team he would like to join. This is a common question all NBA draft prospects are asked. This is a common media-driven question. Most athletes do not promote a particular franchise prior to the draft. This is in the event of another franchise drafting them. However, Franz was eager to show the warriors why they should draft him

I would fit in really well, obviously they have two great shooters next year again and probably the best point guard in the game, I think I can read the game well and can play a free game, that’s what I would call it, and I think Golden State plays that very much.

Franz clearly has high praises for the splash brothers and the warriors’ organization. Having a large big with a wing skillset is always profitable in the NBA Therefore, it is clearly possible that the Golden State Warriors draft Franz and make his dream come true. Franz has also shown his potential through college and in the NCAA tournament.

Franz definitely has a skill set that the Golden State Warriors could use. He has also proven to be agile and nimble considering his size. This sets well with the fluid constant Golden State offense. However, it is not certain that he will be joining the warriors. This is due to two factors. First, he is not game tested in the NBA. Wagner averaged 12.5 PTS 6.5 RBD and 3 AST shooting 47% from the field in college. However, this is definitely not a clear indication of how he will perform in the NBA. Therefore, the warriors may be hesitant to sign him

The second reason is that the Splash brothers do not have many prime years left ahead of them. James Wiseman was drafted last year as well by the Warriors. This proves that it takes time to mold a college player into a professional NBA player. It is unlikely that the Warriors waste another year rebuilding and strengthening their young core. They are also likely to use the draft pick along with others in order to trade for an NBA veteran.

This would be the most realistic path towards another title run by the Golden State Warriors. However, it is also possible, though unlikely that Wagner bloom into an absolute sensation, in which case the warriors will regret passing up on this golden opportunity

Also Read: The Beef between Giannis Antetokounmpo and Stephen Jackson