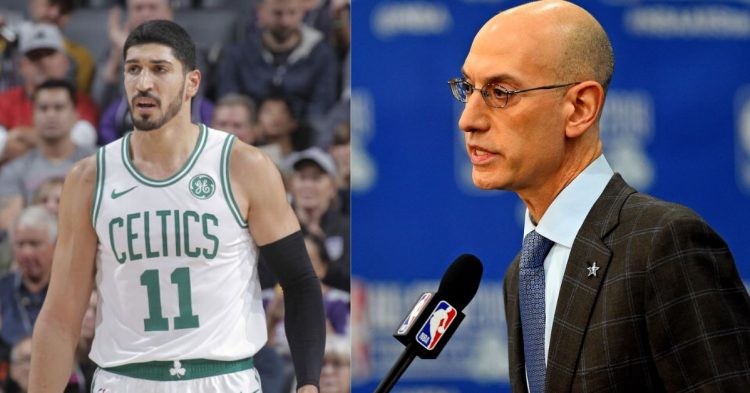 The NBA has seen several activists over the years. It is good for fans to see that players are using their platform to express their views on important and ongoing affairs in the current world. One of the most famous player-turned-social activist would be former Boston Celtics star, Enes Kanter.

Enes has never held himself back from voicing his opinion. Throughout his career, and even after it, the American has spoken out on many issues around the world. His most recent act of activism would be his comments on China. Enes even exposed the NBA for pretending to be oblivious about China’s dominance in the league.

Recently, the NBA announced that they would not hold any games on November 8th. That particular day is Election Day in the United States. There have been mixed comments from many about their decision, especially from Enes.

The 30-year-old had a sit-down with Newsmax. He said, “I think its a great idea, I think people need to go out there and vote and pushing forward. But the problem is, NBA will only encourage you to vote for a certain party. I have so many cultures and players and so many people who are feeling so uncomfortable because of who they vote for.”

“I think it’s a great idea, I think people need to go out there and vote. The problem is the NBA will only encourage you to vote for a certain party.” @EnesFreedom responds to the NBA cancelling games on Election Day to encourage people to vote.

Enes’ comments may come as a shock to many. It takes a lot to speak out about such an important matter with this much of different opinions. Despite that, Kanter did not hold back and chose to speak his mind. He also tweeted about the NBA’s decision.

Additionally, the #NBA s biggest backer is #China so when they promote Civic Engagement here,
Do they care to comment on a dictatorship they are profiting off of?

“Additionally, the [NBA’s] biggest backer is [China] so when they promote Civic Engagement here, Do they care to comment on a dictatorship they are profiting off of?”, Enes tweeted. He did not hold back and also claimed, “The [NBA] constantly told me ‘We do NOT want to get involved in politics” I guess what they meant to say was “We do NOT want to upset [China]’, Unbelievable!”.

The Association has been criticized by many for their silence on China’s issues. Many claim that only money is important to the league and that is the main reason nothing has been said against them. China brings the NBA huge revenue figures and many fans claimed they have bought the NBA’s silence.