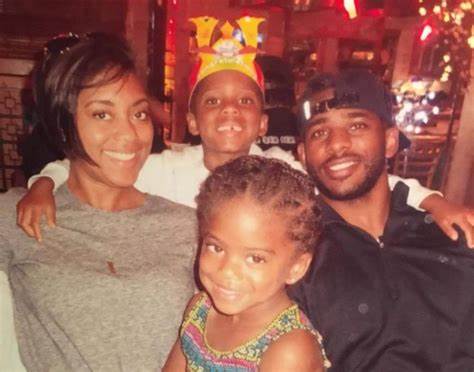 Christopher Emmanuel Paul or more famously known as Chris Paul is the point guard for the Phoenix Suns. Paul has various accolades and awards attached to his name. CP3 has been awarded the Rookie Of the Year award and an NBA All-Star Game MVP award. The 36-year-old has two Olympic gold medals to his name. In 2021, Chris Paul managed to make his first-ever NBA Finals with the Phoenix Suns.

He is known as a loving father to his son Chris Paul II and daughter Camryn Alexi Paul. Here are all the details you need to know about the point god’s personal life, his wife and kids.

Chris Paul married his college sweetheart, Jada Crawley. Jada and CP3 started dating at the age of 18 when he was a student at Wake forest Crawley supported Paul in pursuing basketball. The couple tied the knot in 2010. The wedding was a grand ceremony at the Ballantyne Hotel in Charlotte. 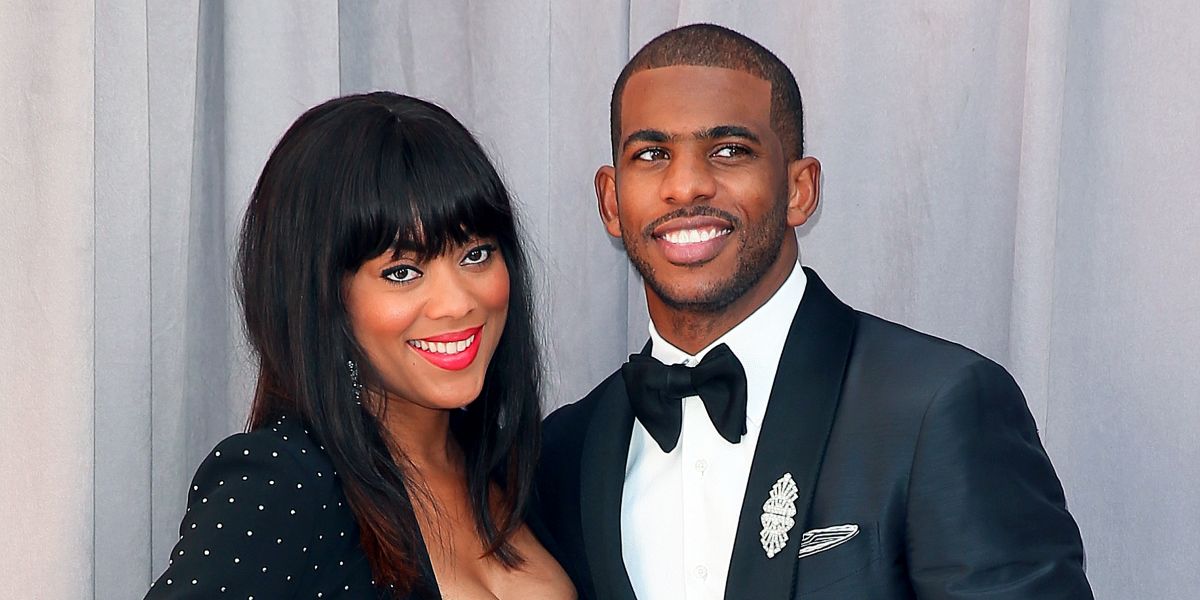 Jada Crawley is a businesswoman, Philanthropist and Social Media Personality. She is a huge fan of Fashion and glamour and keeps herself updated about the trends. She also has an amazing fashion sense. Jada has been working with the Chris Paul Family Foundation and has held three Prom Dress Giveaways. Jada is also very active on Instagram and posts a lot about Chris and their kids. Jada and CP welcomed a baby boy in 2009. The son was named Christopher Emmanuel Paull II. Jada and CP3 also have a beautiful daughter named Camryn Alexis Paul who was born in 2012.  The family live together happily in a luxurious mansion in Bel-Air.

Chris Paul and Chris Paul junior have made multiple appearances at the NBA games together. No one can forget how Christopher Paul II became an overnight sensation for his Blake Face. In the 2012 playoffs, Blake Griffin and Paul sat down for a post-match press conference. Chris’s son was however the star of that conference. He imitated Blake’s expression when Paul did not pass the ball to Griffin.

Paul has also brought his son to work and let him be a part of his warm-up routine multiple times. Chris Paul II has had the opportunity to also warm up and play with the Late Kobe Bryant and Zaire Wade at the 2016 All-Star Game.

CP3 Junior is all grown up now and is challenging his dad to free-throw contests. While Cp3 and his son were hooping around when the veteran decided to teach his son a lesson. In a very candid video, Chris Paul complained about how his son was wrong to think he could beat his father.

The 11-year-old kid waved a fight flag and accepted defeat. he also went on to say,

So I got four, then I sold. And we’ve been here in the last 10 minutes watching him make a 100 free throws in a row

CP3 junior already is a budding sensation. He is an Instagram influencer at the young age of eleven. The boy has over 283 thousand followers.  CP3 junior is also a rising basketball star. At just eleven years old, he dunks on 7 feet posts.

Chris Paul and his 8-year-old daughter, Camryn also share a very close bond. For her eighth birthday. The Paul’s went all out to organize a teepee-themed birthday party. The party was completed with a sleepover. Camryn had a few friends over including Zhuri James, the daughter of LeBron James. The party was pink themes and had a pink party bus with an outdoor projector screening Disney movies for the Kids. The Pauls also put up a tent for the girls to sleep in. 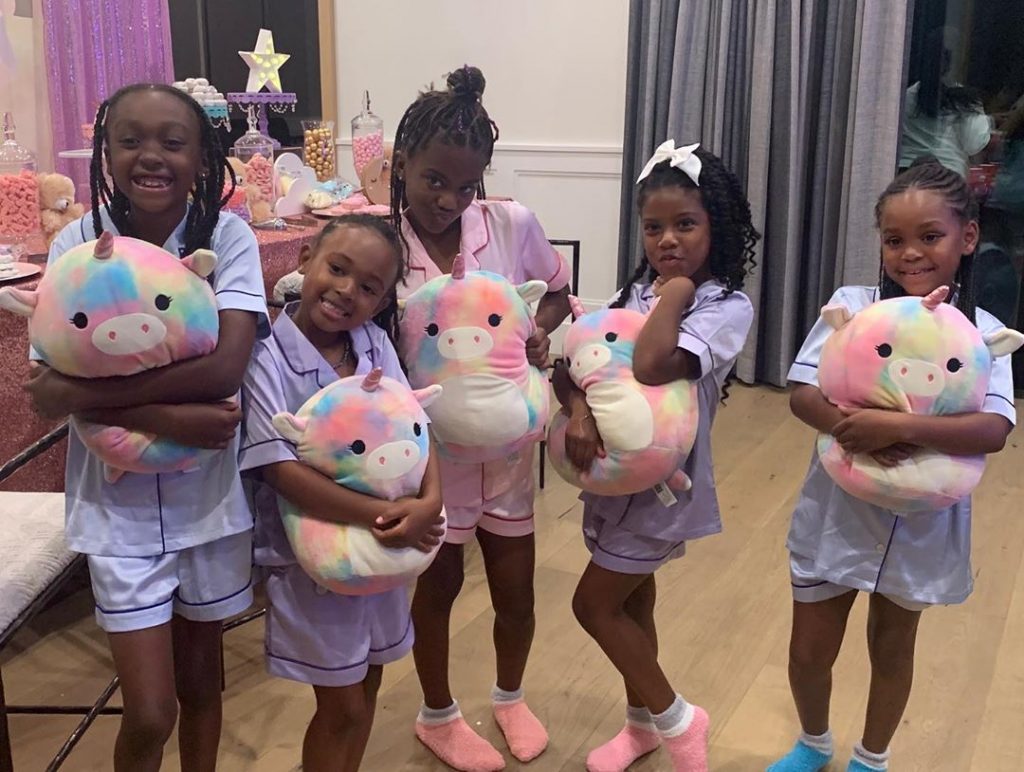 The Family have a lot of fun together. Chris Paul has been a part of a number of TikToks with both his son and his daughter. He has also taken to social media to post some. It is only a matter of time when Alexis joins her brother and father on a basketball court.

CP3 was born on May 6th 1985 in Winston-Salem, North Carolina. He is the son of Charles Edward Paul and Robin Jones. Chris Paul grew up with a brother, C.J. Paul. CP3 was a student at West Forysth High School. He played basketball right from his freshman year. He finished high school. After a successful high school career, Chris Paul committed to Wake Forest University. CP3 won ACC Rookie of The Year. Cp3 was one of the best things that happened to Wake Forest University. In 2011, the University retired Paul’s jersey.

The New Orleans Hornets selected Chris Paul in the 2005 NBA draft. CP3 has a strong finish to his rookie year. He led the rookie’s table in points, steals, assists and double-doubles. He was crowned Rookie of The Year. The New Orleans and Chris Paul had a great run right from 2005 to 2011. However, CP3 could not manage to seal the deal and bring home a ring. 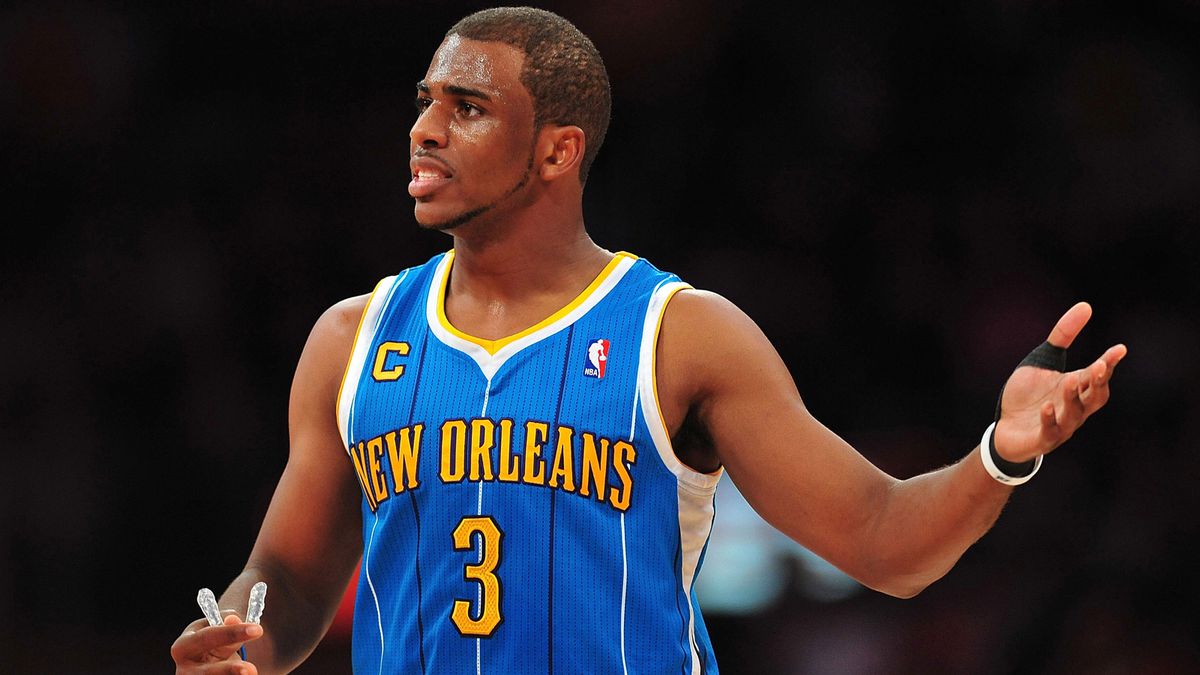 From 2011 to 2017, Chris Paul played for the Los Angeles Clippers. The move was a part of a three-team trade. Cp3 made the Clippers line up stronger. Both CP3 and the Clippers were on the hunt for their first-ever ring. The fast-paced offence and alley-oop dunks between Paul, Griffin and DeAndre Jordan earned Clippers the name, ‘Lob City’. However, CP3 was still not able to secure a ring. The team would have a spectacular Run till the first round of the playoffs and then choke.

In 2017, CP3 was traded to the Houston Rockets. The Rockets debut month did not go well for Paul. He was suffering from a severe knee injury causing him to miss 14 games. However, the playoff curse for Paul still stuck. CP3 could not win a ring with his third franchise as well.

The run with the Phoenix Suns has been good for Chris Paul. He became the sixth player in NBA history to record 10,000 assists. In the 2021 NBA playoffs, the Suns and Cp3 have been on seventh heaven. The team fought hard and well and are now inching towards getting Chris Paul his first ring ever.