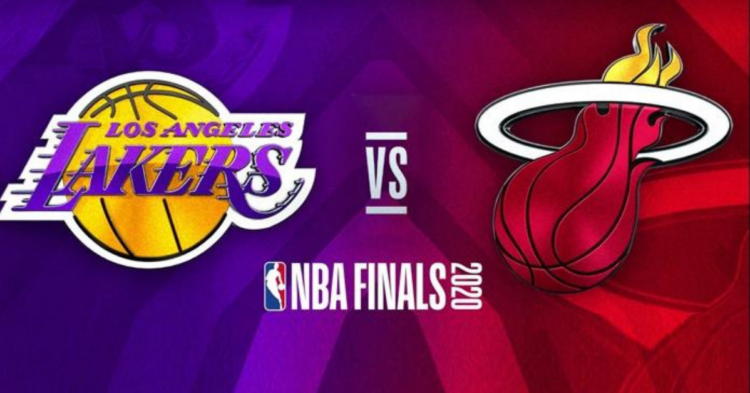 As the 2020 NBA Finals Game 1 of LA Lakers vs Miami Heat is set to tip-off tonight, fans are assured an action-packed matchup between the two. With LeBron James‘ legacy on line and Anthony Davis’ first NBA Finals. LA Lakers set out for 17th championship title. Miami Heat took the league by storm in the postseason in bubble sweeping teams left and right. Beating top contenders like Boston Celtics and reigning MVP Giannis Antetokounmpo’s Milwaukee Bucks, Jimmy Butler and company have established their dominance.

LA Lakers boast a 12-3 win record so far while Miami Heat is just a game behind. Heading into the 10th NBA Finals of his career LeBron James is ready for what he believes is the toughest title run. It also happens to be the first finals appearance for Anthony Davis and Jimmy Butler.

If Zion Williamson, Ja Morant, and RJ Barrett grabbed attention throughout the regular season rookie Tyler Herro is experiencing what it really feels like to be in the NBA. This 20-year old rookie is more than just a side piece for the Miami Heat.

With three 7-footers and LeBron James, LA Lakers definitely have the height advantage while Miami Heat prefers to go small ball. Lakers dismantled Houston Rockets in the second round and Miami should not even consider going small-ball this time. While the Lakers run their offense primarily through Anthony Davis and occasionally through LeBron James Miami has a wider range of options. A bad night for Anthony Davis has almost always resulted in a loss while LeBron has recorded triple-doubles in some losses.

As is evident by the height advantage, LA Lakers rank 1 in points in the restricted area this postseason, Miami is not far behind ranking 5. However, paint FGM for Miami is high which particularly important when competing against the Lakers. In addition, the Heat has better mid-range and 3-point shooting efficiency but the Lakers average more points per game.

Anthony Davis finished second in the DOPY race while Bam Adabeyo finished third so the fight on the defensive end is neck to neck as well. Neither team compromises on defense to generate more offense and this will bear fruits for them in this matchup. 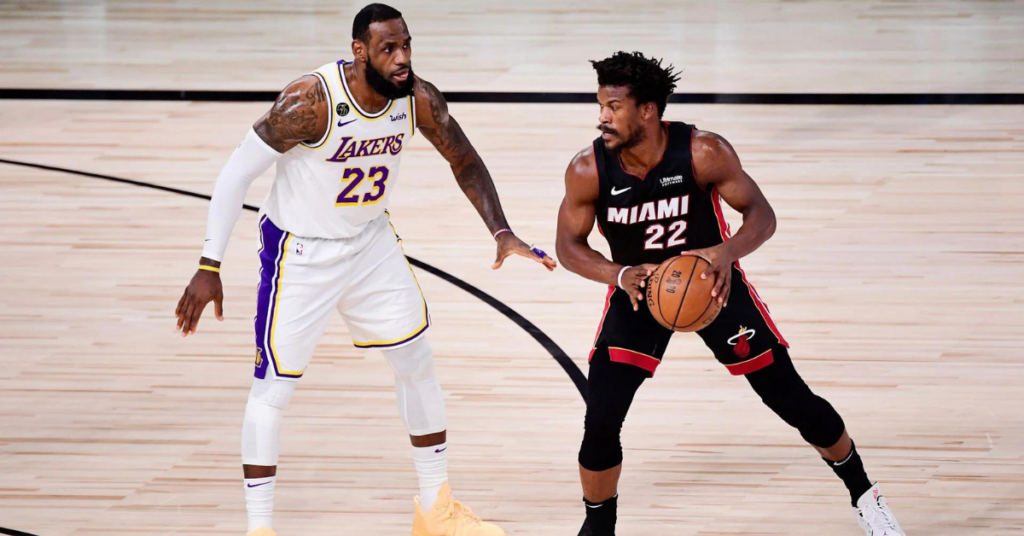 Although Heat looks weak compared to the likes of LeBron James and Anthony Davis they have can turn out to surprise everyone in Game 1 of the LA Lakers vs Miami Heat. Eric Spoelstra exhibits his coaching excellence day in and out while Frank Vogel depends on LeBron James leading the LA Lakers.

Even though the Lakers have upset Miami in regular reason matchups I’ll give the edge to Miami Heat for Game 1 of the NBA Finals.

LeBron James has been strangely passive on offense trying to be the primary facilitator for his teammates therefor Anthony Davis is an easy pick for the top scorer. None of the players in Miami Heat are volume scorers and they are rather inconsistent. Sometimes it Jimmy’s all-round performance that saves them, or Bam Adabeyo’s triple-double, or sometimes it Tyler Herro’s confident scoring.

In any case, Anthony Davis will be the leading scorer of the night even if LA Lakers lose Game 1 of the NBA Finals.

Where to watch Lakers vs Heat?

NBA Finals Game 1 of the LA Lakers vs Miami Heat will be aired on ABC Network nationally in the US. International users can access the game on NBA League Pass.

Also Read: “I don’t think they are above me”- Damian Lillard Places Himself At the Same Level as Stephen Curry