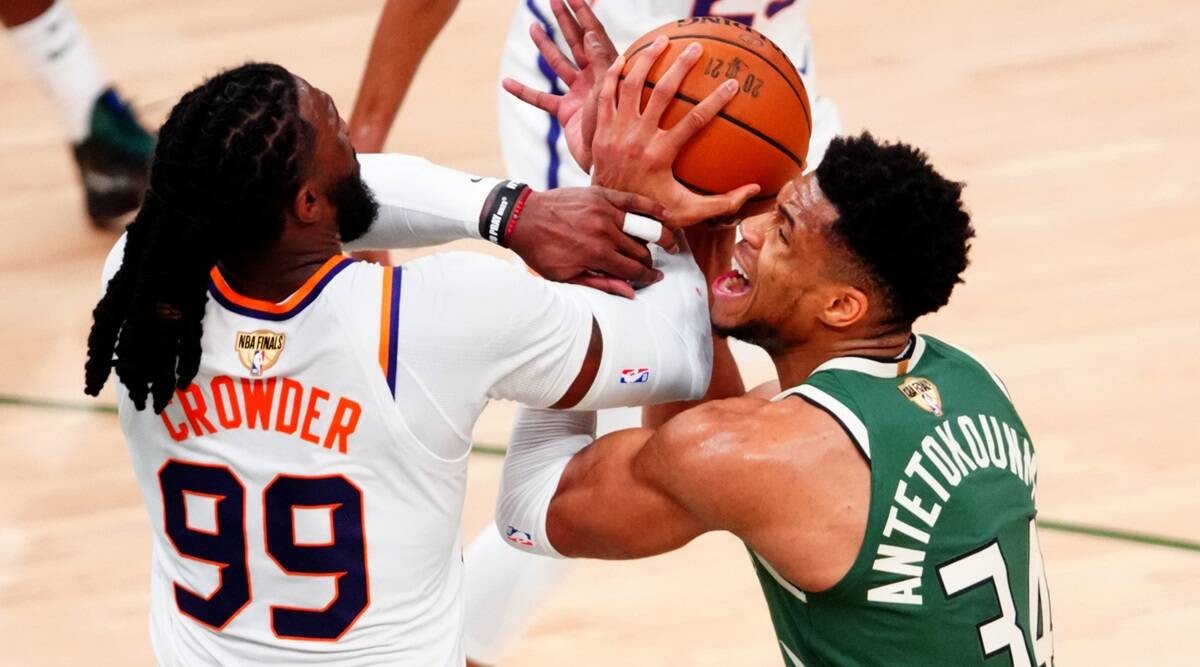 The Milwaukee Bucks won game 5  with the final score of 123-119. They were not expected to win this game on the road. However, they rallied behind their big 3 and defeated the Phoenix Suns. There are many reasons the Phoenix Suns lost game 5. The noteworthy ones are mentioned below

So what did The Phoenix Suns do wrong vs The Milwaukee Bucks?

The Phoenix Suns entered the series with a dominating 2-0 lead. However, they have been unable to win a single game since then. They are now on the verge of elimination. They must now win 2 games in a row to win the NBA Finals.

Giannis, Khris and Jrue all stepped up- The Milwaukee Bucks leaders all had effective scoring nights in this crucial must-win game. Additionally, it is noteworthy that all three of them scored within 5 points of each other. Holiday had 27 PTS 4 RBD and 13 AST. Middleton had 29 PTS 7 RBD and 5 AST, while Giannis Antetokounmpo finished the night with 32 PTS 9 RBD and 6 AST. Finally, all three of these players shot better than 50% from the field. This fueled the Milwaukee Bucks into taking game 5.

Cp3 didn’t take over- Chris Paul did not play one of his more aggressive games tonight. He only scored 21 PTS with 11 AST and 2 RBD. Despite, his ability to distribute the ball and be effective on the offensive end, he was a liability on defense through crucial stretches of the game. Additionally, Chris did not earn a single trip to the free-throw line. The Suns veteran leader having an off night is a pivotal factor in this loss 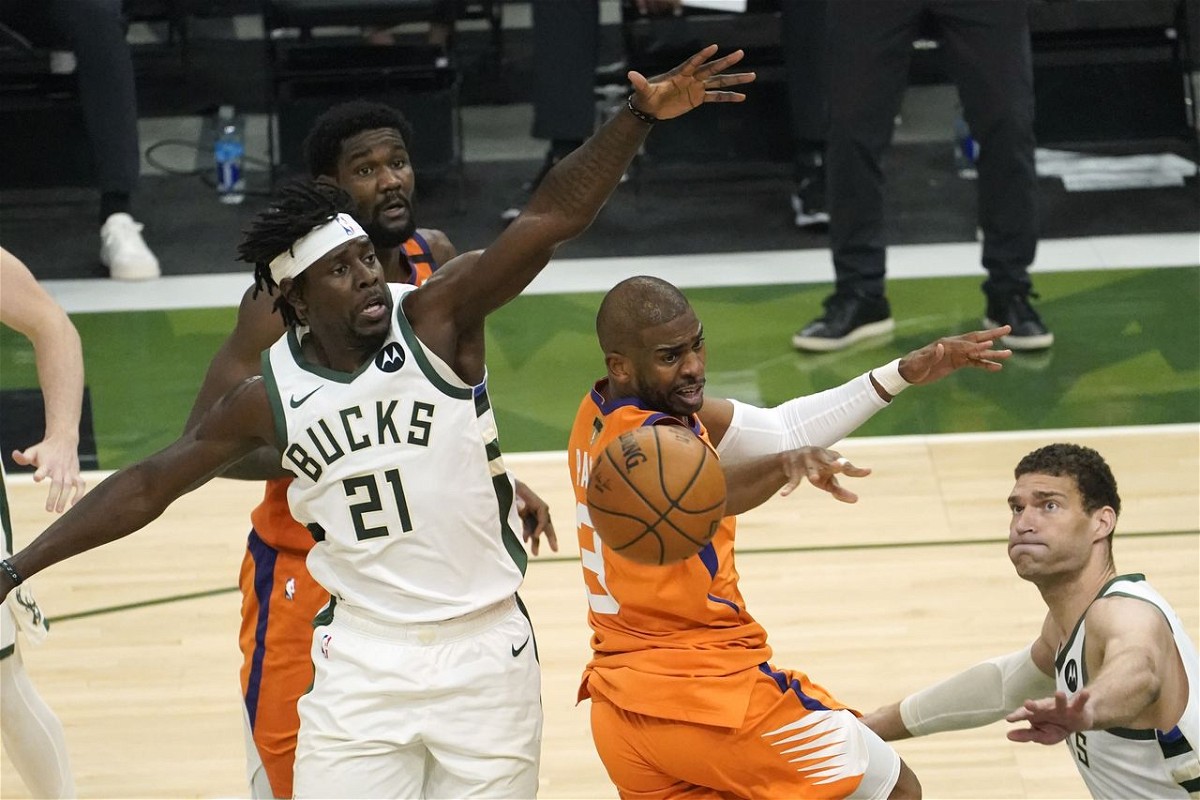 Devin Booker’s Potential– While this may seem ridiculous, it is a valid point. Devin Booker has proven that he is the best player on the Phoenix Suns roster. He had come off a 40 point night and repeated the feat here in game 5. He was the only Suns player who seemed capable of creating his own shot against the Milwaukee defense. 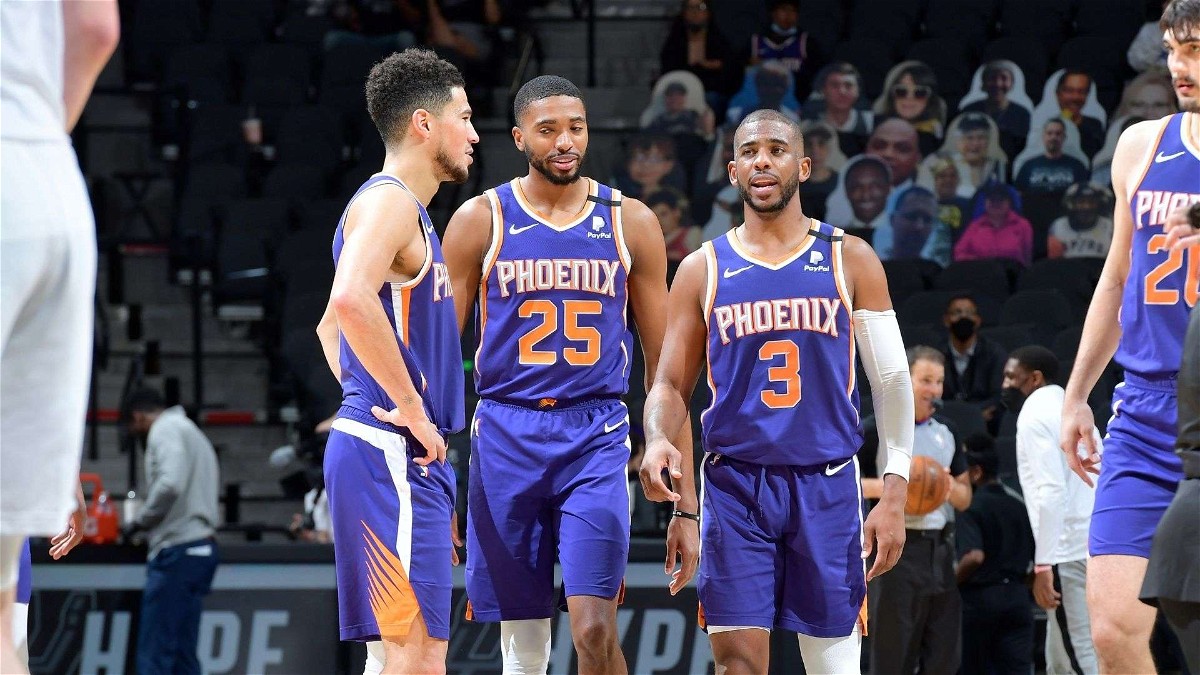 When Booker and the Suns closed the gap to a one-point lead with less than 2 min remaining, he was stripped off the ball by Jrue Holiday. Holiday, then tossed it to the Greek Freak who came flying in for the Dunk. Booker was stripped off the ball as he was completely focused on scoring it due to his innate abilities. He has now had multiple 40 PTS games in the NBA Finals.

However, they are losing and now the Phoenix Suns face elimination. They must go into Milwaukee and take game 6 on the road. This is a win-or-be eliminated situation for the Phoenix Suns. Meanwhile, the Greek Freak and the Milwaukee Bucks look to close the series at home

Also Read:Space Jam 2 Review: Even LeBron James Could Not Save this Overstuffed Sequel