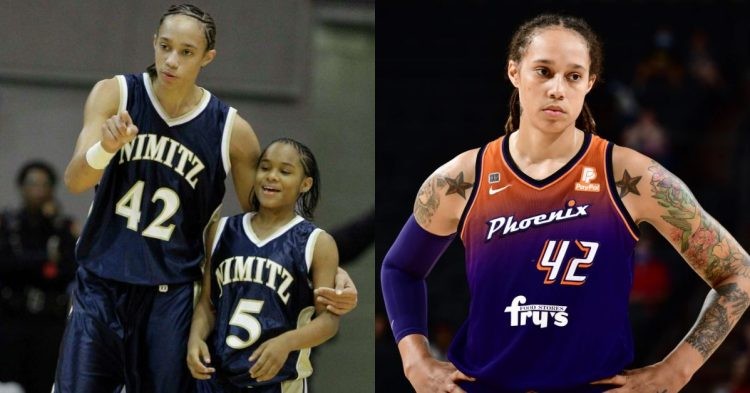 Brittney Griner was an inspiration to many after fighting through her tough time in Russia. She has been hit with many problems in the last year or so. For those who don’t know, she was released in December 2022 after spending nine months in a Russian prison after being arrested on charges including possession of weed.

Those who are familiar with her journey since young Brittney will know that this was just the tip of the iceberg. The Phoenix Mercury hotshot has been hit with obstacles and problems for a long time now. And recently, she opened up about it in her book: In My Skin: My Life On and Off the Basketball Court.

NBA fans hurl insults at Brittney Griner for her voice

Brittney has been criticized for her voice by NBA fans in the past. A fan tweeted, “I was shook af when I heard Brittney Griner’s voice”, indicating that she didn’t expect her to sound a certain way. It looks like she has faced the same type of distasteful remarks even when she was a kid as well.

I was shook af when I heard Brittney Griner’s voice

Glorilla and Brittney Griner got the same voice

I heard Brittney Griner voice for the first and that is not what I expected.

She wrote in her book, “I was already getting picked on for being different, for looking like a boy, for having a low voice, so it was hard to imagine myself doing anything to announce that I was even more different than everyone else already thought.”

This would be the first time Brittney has been vocal about the struggles she faced with her gender or looks. She is a homosexual female, and it looks like her friends in school didn’t believe the same. Griner was subjected to verbal abuse from them and it stuck with her to this day. Along with this, Griner also recalled the time when she found herself kicked off the basketball team after getting into a fight.

The fact that she looked, and was different from the others seems to have bothered her father Raymond Griner as well. In addition to that, she had a hard time at school because she wasn’t like the rest of the girls.

At the end of the day, Brittney has touched great heights now in the present day. She has managed to fight through her problems and seems to be doing well in her life as well as her career. As mentioned earlier, she continues to be an inspiration for everyone around her.