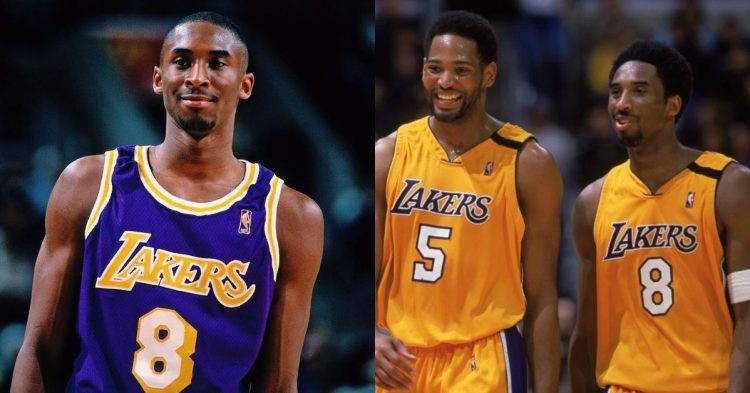 Kobe Bryant is one of basketball’s finest. People will never forget the legacy he left behind for centuries to come. Kobe passed away tragically with his daughter Gianna and a few others in a helicopter crash. Not only the NBA community, but the whole world mourned the loss of a legend.

What was special about Bryant was not his play style or flair he displayed on court. He won millions of hearts just with his mindset. When we all hear about the “Mamba Mentality”, we immediately think of the man himself. The reason for that is because Kobe proved that he was the best every time he played with the help of his unbeatable mindset.

At the 1996 NBA Draft, the Charlotte Hornets drafted the Black Mamba at pick 13. However, they eventually sent him over to the LA Lakers the same night. That marked the start of something truly magical. Kobe seemed to upset many with his game and many other things, but when he joined the Lakers, the players were unhappy with him for one unusual reason.

Kobe’s former teammate, Robert Horry, revealed why the Lakers players were unhappy. In an episode of “Legacy: The True Story of the LA Lakers“, he said, “Sports are all about tradition, and after a game, if there’s beer in the locker room, we always cracked open a brew. Once we got Kobe on the team, someone comes in and says, ‘we have a minor in here.’ And yes, couple of guys they got upset with Kobe about that.”

“I’ve never played w anyone 18-19 since college. Sports are about tradition & if beer was in the locker room we alway crack open a brew once we got KB you got a minor in here. A couple guys got upset about that,” says @RKHorry.#LakersDoc #LakeShow pic.twitter.com/ze5kkSkoTn

Kobe was 18 when he joined the Lakers. At the time, he was the youngest player to start an NBA game. His older Lakers teammates were upset with because of his young age, and since they could not have a drink around him. However, it seems like the late NBA star was only young in terms of age. He broke into the team quickly and proved himself even as a rookie.