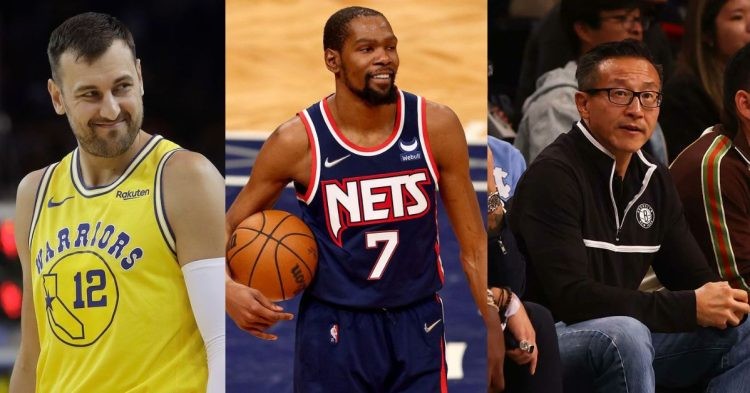 Kevin Durant has remained at the center of the market this season. His trade request to leave Brooklyn has kept teams on their feet, ready to make a move. KD caught the community off guard once again a couple of weeks ago. He gave the Brooklyn Nets owner, Joe Tsai, an ultimatum. He demanded that the franchise either keep him or Steve Nash and Sean Marks.

Any other franchise might have given in to Durant’s demands and would have tried their best to keep him. But it seems like the Nets are not that type of team. Tsai hinted in a tweet that he sided with Steve Nash and not Kevin Durant. He said, “Our front office and coaching staff have my support. We will make decisions in the best interest of the Brooklyn Nets.”

Earlier this week, it became a real possibility that KD could move to the Philadelphia 76ers after reports suggested that he desired to land there. If that happened, KD will be able to play with James Harden and Joel Embiid, forming a big 3 in Philly. KD has had trouble forcing the move and speeding things up. Former NBA player Andrew Bogut seems to have a solution for the Nets guard.

Bogut has been someone who doesn’t hold back from an opportunity to voice his opinion. And this time around, he hasn’t disappointed as well. He said in a tweet, “An easy way for KD to get out of [Joe Tsai’s] [Brooklyn Nets] that no NBA analyst is discussing. A simple tweet: “Free Hong Kong, Free Taiwan”. Gone the next day…..”

An easy way for KD to get out of @joetsai1999 ‘s @BrooklynNets that no NBA analyst is discussing.

Gone the next day…..

For context, Tsai has received hate from the NBA community many times for his links with the Chinese government. Although it is quite controversial, we can’t be completely sure that KD would not take that route. He is a person who will always speak his mind and is straightforward. A couple of months ago, we didn’t even know that he would go to this extent to force a trade away from the Nets.