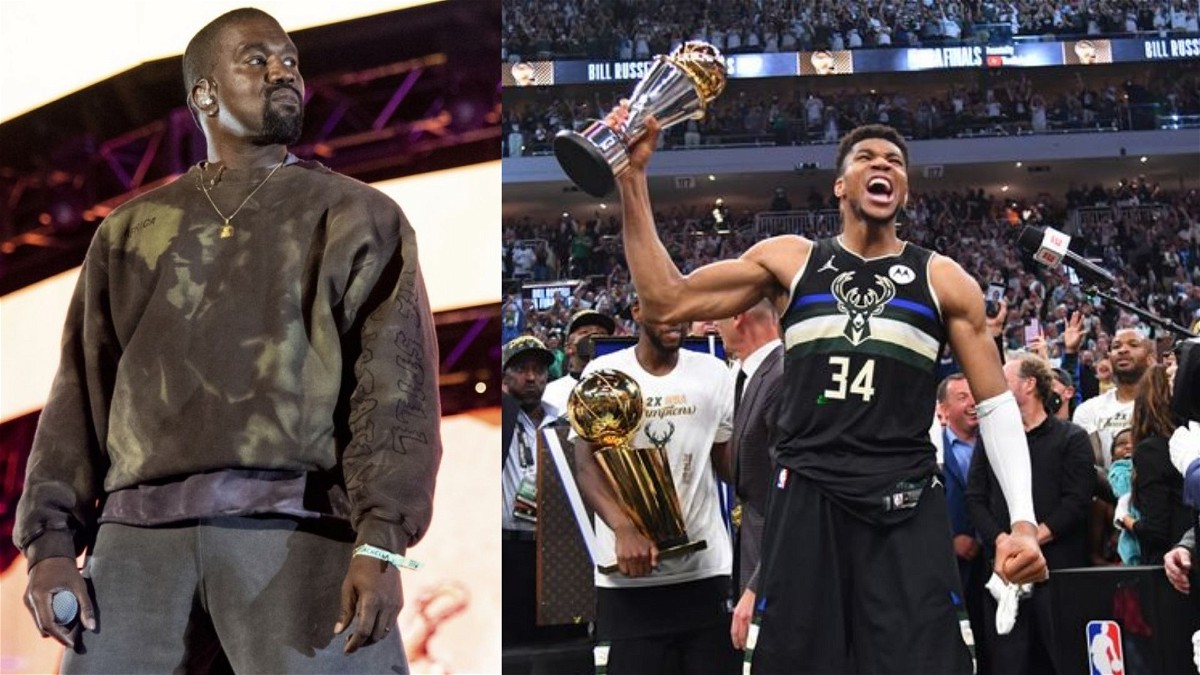 Giannis Antetokounmpo has been in celebration mode ever since the Milwaukee Bucks won their NBA Championship. The Greek freak has been all over the media and the news. Giannis had one of the best NBA Finals series. he closed-out the series with an incredible 50 point game. He was also crowned the NBA Finals MVP and now to add to all the excitement, Giannis Antetkokunmpo got name dropped for the first time in a rap song.

Right after Giannis Antetokounmpo won the NBA Championship, fans all over the world flooded the interet with memes. Everyone expected rap superstar, Aubrey Drake Graham to be the first to rhyme ‘Giannis’ or ‘Antetokounmpo’ on a line in CLB. However someone beat Drake to it and it was none other than Kanye West.

Kanye West has already been in the news for his divorce with wife Kim Kardhashian. Now the rap star hosted a huge listening party to his new album, DONDA . 23rd of July was the announced release date for the album. It has features from Jay-Z, Travis Scott. He mentioned  Giannis Antetokounmpo on the song ‘Junya’.

Let me be honest, I run with the Bucks boy, lemme Giannis

Giannis Antetokounmpo got a shout-out on what might go on to be the best album of the year. A lot of memes came up about how Kanye West completed writing the album only a day before the release. Fans are looking forward for the release of DONDA. Giannis  can expect his name to be featured on many albums in the future and it would be interesting to see if Drake can also fit in Giannis’s name on a track.

Also Read: 2018 Kobe Bryant Names the Player He’d Most Want to Matchup Against