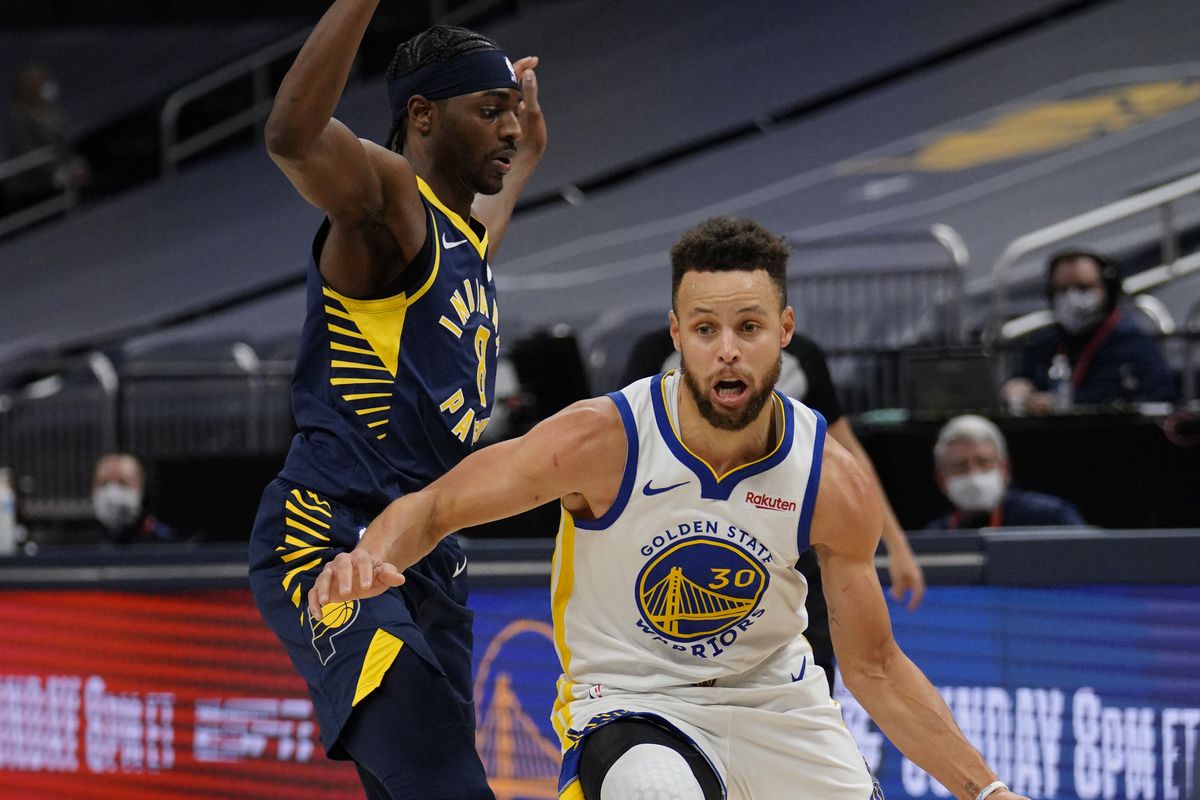 Coming off an encouraging road win over the Lakers, the Indiana Pacers will hope to keep the momentum rolling as they take on the Golden State Warriors on the second night of a back-to-back. Both teams will go head to head for the second time in the 2021-22 NBA season where the Dubs took a 102-100 win.

The Golden State Warriors have lost five out of the seven games before defeating the Detroit Pistons 102-86, in the second game of the seven-game home stretch at the Chase Center. The Warriors have the 12th offense in the NBA that is scoring 109.7 points per game while shooting 46.4% from the field and 35.9% from the 3 point line. Golden State allows 101.6 points as the best defense in the league.

Stephen Curry leads the Golden State Warriors as he is averaging 27.5 ppg, 6.3 apg, 5.5 rpg, 1.8 spg while shooting 38.6% from the 3 point line and 42.2% from the field. Forward Andrew Wiggins averages 18.5 points as the second-leading scorer for the Dubs. Jordan Poole is having a breakout season as he is averaging 16.9 points for the Warriors.

The Indiana Pacers rallied from a 15-point deficit to knock off LeBron James and the Lakers in their last game. The victory was the Blue & Gold’s first road win since Nov. 22, snapping a four-game losing streak. The Pacers have the 18th offence in the NBA that is scoring 107.9 points per game, while their defence is 16th in the league as it allows 108.9 points to the rivals.

triple-double for the big guy

Domantas Sabonis is scoring 18.9 points per game and averaging 11.9 rebounds for Indy. Justin Holiday is averaging 2.6 made 3-pointers over the last 10 games for the Pacers. Malcolm Brogdon has also been great for Indiana as he is averaging 18.5 points with 5.2 rebounds and 5.9 assists.

Indiana Pacers have lost eight of their last nine games away from home, while Golden State won seven of the previous eight at home. The Warriors will have both of the Splash Brothers available to face the Pacers, who will play their second of back-to-back games, which could play a vital part in this game.

Golden State will have a fresher team, whereas Indiana will be tired after an intense game with the Lakers. Hence, the Warriors are the favorites to win this game against the Pacers.

How to watch Golden State Warriors vs Indiana Pacers?

TNT will broadcast the game between Golden State Warriors vs Indiana Pacers. Fans can also watch the game on NBA League Pass.